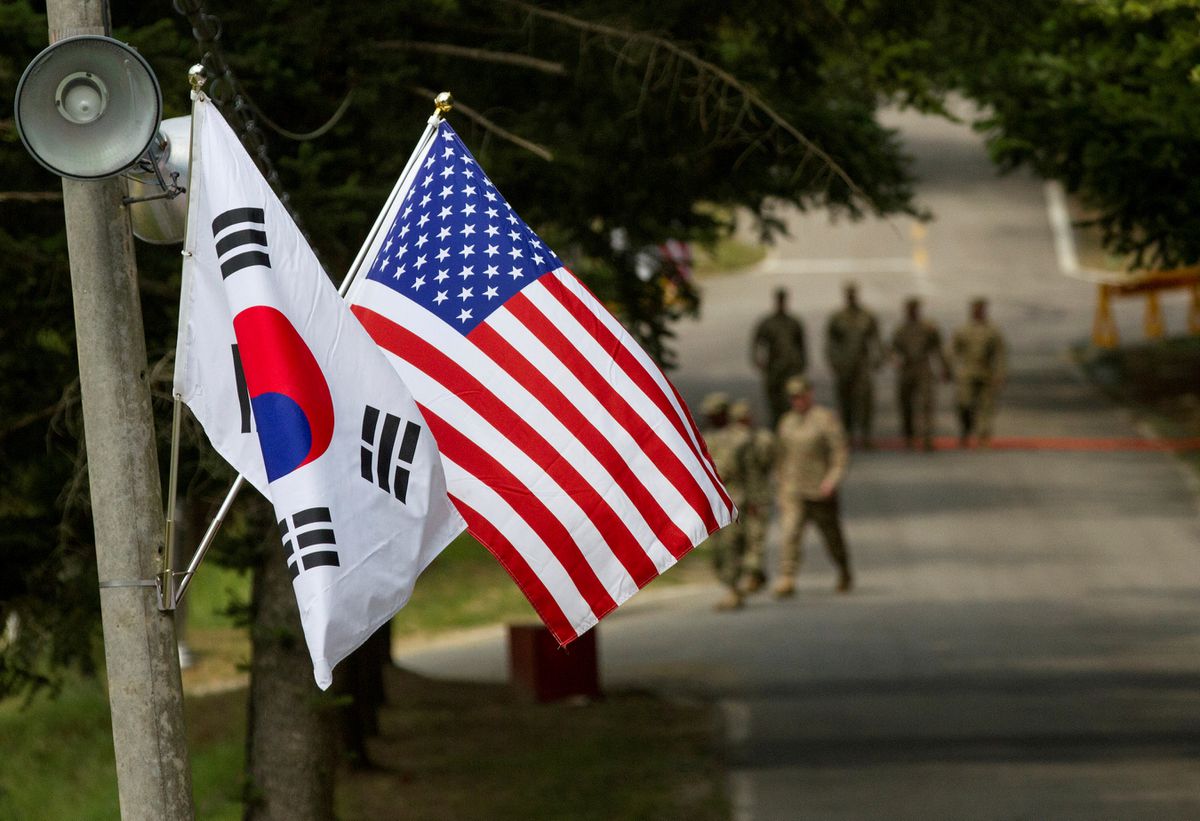 The South Korean and American flags fly next to each other at Yongin, South Korea, August 23, 2016. Courtesy Ken Scar/U.S. Army/Handout via REUTERS

The drills have been floated as South Korea and the United States discuss preparations for the 70th anniversary of their alliance next year, ministry spokesperson Jeon Ha-gyu said.

“Marking that occasion, we are exploring various ways to showcase our military’s presence and the alliance’s overwhelming deterrence capabilities against North Korea,” Jeon told a regular briefing.

“A combined joint live-fire demonstration can be one of the options.”

The demonstration would be another joint display of force to be resumed following a years-long hiatus under new South Korean President Yoon Suk-yeol, who pledged to bolster military capabilities and readiness to deter North Korea’s weapons development.

On Tuesday, the United States flew its F-22 Raptor stealth fighters for joint drills with South Korea for the first time since 2018, hours after North Korea criticised both countries and vowed more missile tests.

In September, the allies staged their first exercises with a U.S. aircraft carrier since 2018.

Such exercises were halted under Yoon’s predecessor, Moon Jae-in, who had prioritised engagement with the North, which denounced them as a rehearsal for invasion.

North Korea has tested an unprecedented number of missiles this year, including intercontinental ballistic missiles (ICBMs) designed to strike the U.S. mainland. It has also completed preparations for what would be its first nuclear test since 2017, Seoul and Washington officials said.