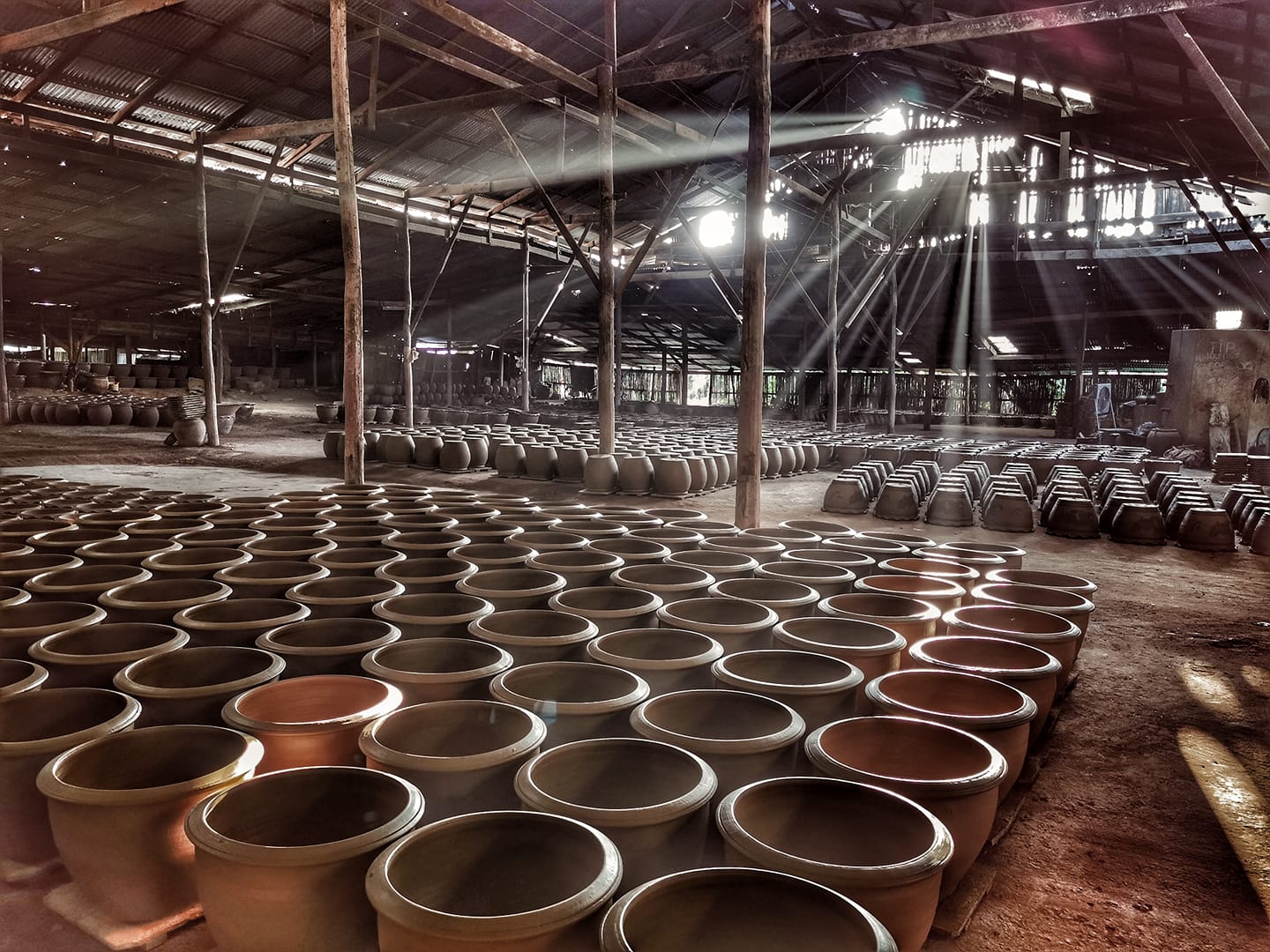 Pichapach Khosabordee is the third generation of her family working at a famous traditional earthenware water-jar factory in Ratchaburi. She recalls the good old days when their business was selling over 500,000 dragon motif jars per month.

“It was when I was studying Mathayom 4 (Grade 11), around 28 years ago. In 1991 we had the “Tom Yum Kung” financial crisis, hence the order received decreased slightly. Despite the recession, sales figures remained stable” said the 43-year-old manager of Rattanakosin 3 Pottery.

Few years back she had tried to adapt to a new market, with only made-to-order, small and medium sized tree pots and craft pottery products for export to the US and Japan. However, when Vietnam developed a reputation for low-cost pottery, the foreign buyers switched to the cheaper option. “A couple of years ago, sales dropped steeply and orders from abroad have declined by 90%, let alone domestic demand. Now we have completely stopped making dragon motif water pots”.

THE MARKET IS DYING

“More and more earthenware factories in Ratchaburi are closing down. These days fewer than 25 factories are struggling to survive, compared with 50 factories in the past” Ms. Pichapach added.

Decades earlier, almost every household in the country used earthenware jars to collect rainwater. Nowadays, hardly anyone uses them for that purpose, especially the new generation in urban areas, because the rainwater is contaminated and lifestyles change. Some households collect tap water instead, and they opt for the lighter plastic tubs. Due to the changes, most dragon motif jars have become decorative art objects in traditional Thai style houses and resorts.

Located in the central region of Thailand, about 80km from Bangkok, Ratchaburi province has been famous for its production of handmade earthenware products, made from the distinct local yellow-brown clay and decorated with an embossed dragon pattern, hence the name “Dragon Pots”.

Recently the Commerce Ministry’s Intellectual Property Department designated Ratchaburi’s dragon pot as a GI (Geographical Indication) product.  GI Certification, which originally began in France in the twentieth century, is used to indicate a product as originating in specific geographical location and its characteristics, quality and/or reputation are linked to its place of origin. It aims to indicate the distinctive characteristics and adds value to local products. About 22 water-jar factories, all of which are members of Ratchaburi Ceramic Association, already have GI certificates.

“At first, I thought it would be a good way for us to open new markets and gain more customers, more orders, but I haven’t seen any changes so far, which quite disappointing” said Terapon Rojanasuworrapong, 44, a manager at Din Thong Pottery, his family owned business.

Currently, he deals with a few suppliers who export water jars to Cambodia. There are hardly any orders from America, Europe and Japan, so he expected that his factory, and all water jar producers in Ratchaburi, could turn to the ASEAN market with the support of Thai authorities.

“We (Ratchaburi Ceramic Association) have been desperately seeking some help and discussed this with the Provincial Administrative Organization Council. The outcome is uncertain and there is still little hope”

It was 40 years ago that one of the oldest water jar factories in Ratchaburi, Tao Hong Tai, adapted from producing only earthenware to making colourful pottery and added more creative designs to its products. Known as the Tao Hong Tai Ceramics Factory, it has become a tourist destination and place to learn about ceramics. There are also unique creative sculptures, an art gallery, souvenirs and a coffee shop.

Owned by Rueangsil potter, Pottery Legend Ratchaburi (Rueng Khong Ong) is a new landmark in the province and another learning centre, where you can learn everything you need to know about earthenware water-jars. It offers an animation theatre, historic museum, demonstrations and a workshop.

Both places help preserve the rich cultural heritage of Ratchaburi. According to Ratchaburi Statistical Office, the number of tourists has increased, while the sales of dragon pots decline.

“We have reduced our production capacity and focus more on small sized pottery. I do believe that, in the near future, very few factories will survive, and many of them are going to die” Terapon said. 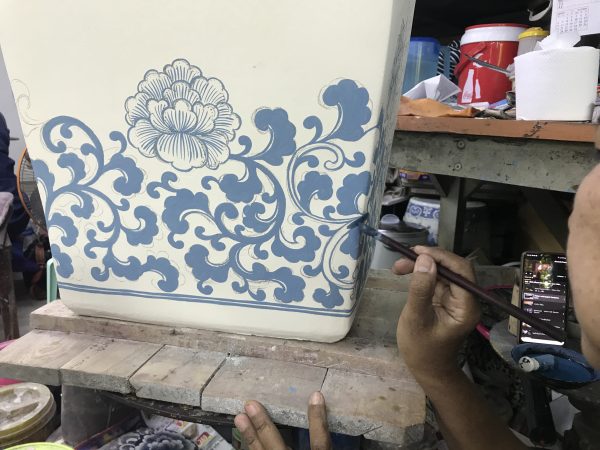 New Guinness World Record for Most Diamonds Set in One Ring