Review: The Store defies its banal name with intriguing seafood and cocktails 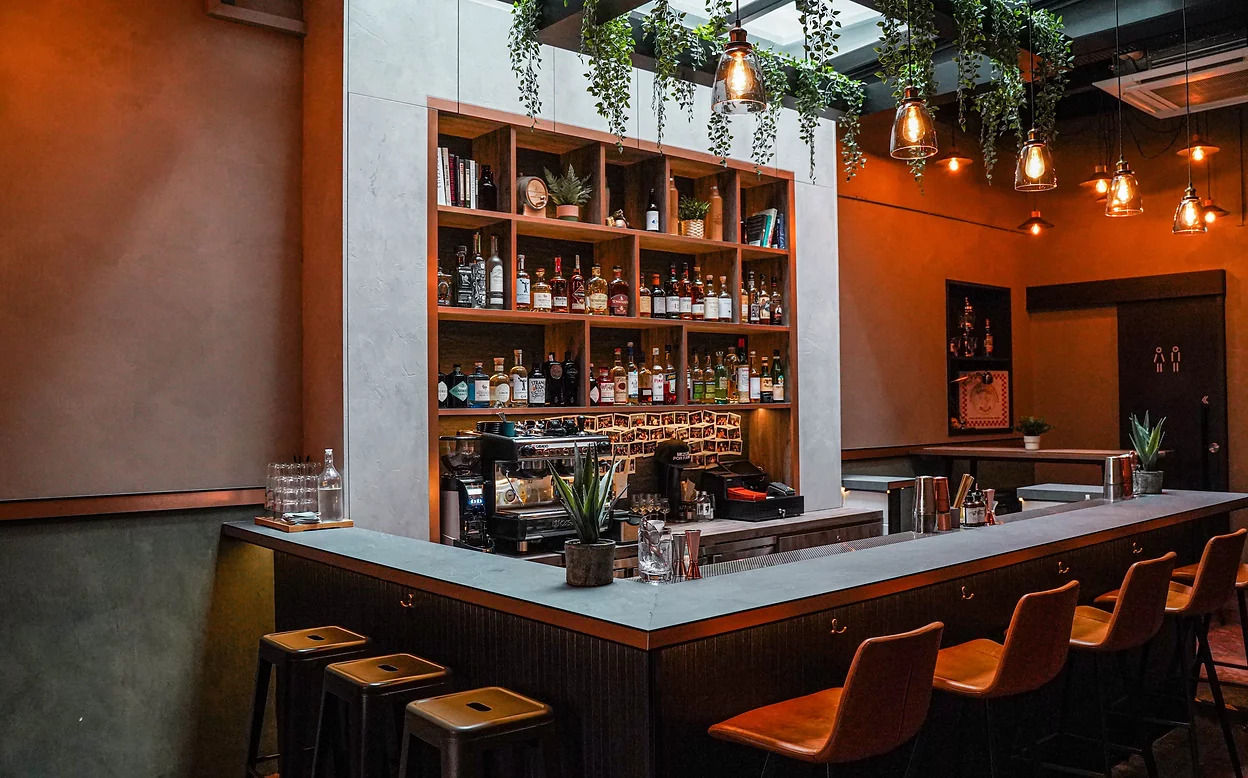 First things first: at S$11+ each, The Store possibly has the cheapest happy hour deal on craft cocktails in Chinatown.

But the nondescript restaurant and bar on Neil Road has a lot more going for them. The signature drinks are compelling and and executed well. The kitchen excels at seafood. And the atmosphere is as relaxed as customers in a Thai dispensary.

The Store’s unremarkable name was originally meant to serve a purpose. Opened in late 2021 by Joanne Kok and Hirman Asnadi, the couple wanted to have a liquor store at the front and a bar in the back. Only the latter worked out, and the intended retail space has been furnished as a tasteful mid-century modern living room.

As Tito’s Vodka’s former brand ambassador, Asnadi knows his way around the clear spirit, demonstrated by a dry, silky off-the-menu Vesper. He also has a penchant for dropping savoury elements into cocktails. Umami bitters in the Notanegroni, for instance, soothes the sharp bite of the classic, and tajin, a Mexican chilli, lime, and sea salt seasoning, brightens the punchy Smoky Paloma. “Salt does wonders to any cocktail,” Asnadi said. “It adds viscosity and makes it easier to drink.”

In the kitchen is chef Ahmad Subhan, whose dishes are vaguely Mediterranean. White Wine Mussels fall under the menu’s small plates section, but they are definitely not small. Cooked in white wine and tomato butter sauce, the heaping pile of plump bivalves threatens to spill out of the bowl, and comes with a side of buttery garlic bread to mop up the fragrant broth. At S$28+, it is also cheaper, more filling, and prepared better than the mains of lamb rack (S$38+) and onglet steak (S$37+), which were slightly under-seasoned and chewy respectively.

Better to order the Paper Baked Sea Bass (S$37+). Featuring a catch-of-the-day from local seafood supplier Ah Hua Kelong, the fish is swathed in a paper cocoon with root vegetables, confit cherry tomatoes, and black pepper glaze. It is incredibly fresh and juicy, with its herbaceous flavours teased out by a creamy lemon dill sauce.

Also worth a look at is the Shakshouka (S$34+). Feta joins barely set eggs in a rich tomato broth with capsicum, onions, garlic, and spices, which you want to dunk sourdough slices in. The dish is common enough at many restaurants in Singapore that it borders on being mundane, but like many things at The Store, it is a delightful surprise.

The post Review: The Store defies its banal name with intriguing seafood and cocktails appeared first on Lifestyle Asia Singapore.

Where to eat, see, and stay in Ipoh, the other famous food capital of Malaysia