RDS: The group of doctors fighting COVID – and corruption – in Thailand 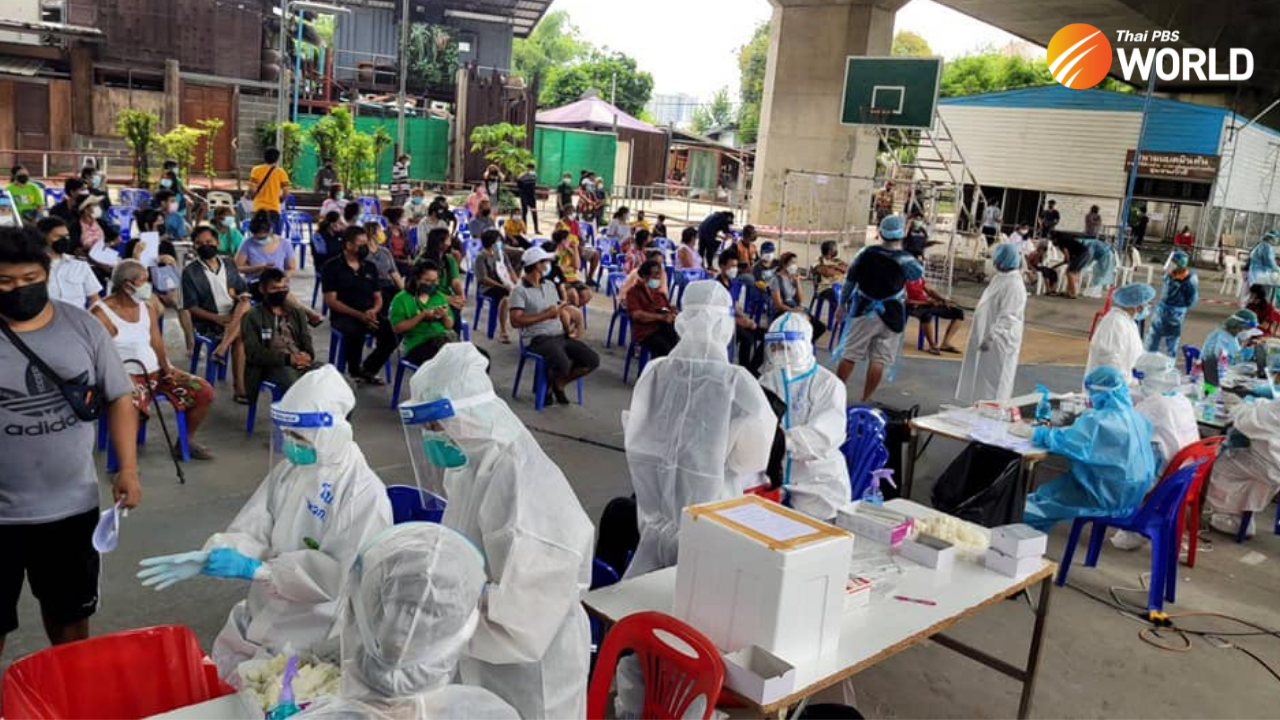 Though its name suggests it has closer links with communities upcountry, the Rural Doctors Society (RDS) is now a hero to Bangkokians after it stepped up to battle the raging outbreak in the capital.

Since mid-July, RDS teams have launched three missions in Bangkok to provide residents, especially the vulnerable, quick access to COVID-19 tests, drugs for those who test positive, and knowledge on how to protect themselves.

As of August 17, Thailand’s COVID-19 caseload stood at 948,422 infections and 7,973 deaths. The capital has been in the Dark Red zone of high infections for several weeks.

Established by a group of doctors in 1976, RDS was initially named the Federation of Rural Doctors. However, it became inactive after the bloody crackdown at the Thammasat University on October 6 the same year. Two years later it resurfaced as the Rural Doctors Society.

The October 6 crackdown shaped the futures of many doctors, spurring their decision to devote themselves to caring for the underprivileged in remote areas. These doctors joined together to create RDS.

RDS still mainly comprises doctors based in community hospitals. The organization has built a strong reputation for upholding justice, equality and good governance while battling corruption and standing by people in times of crisis.

The society’s current chief is Dr Supat Hasuwannakit, who works as director of Chana Hospital in a border district of Songkhla province in the South. RDS’s former leaders include the late Dr. Sanguan Nittayarampong, who is credited with laying the foundations for universal healthcare in Thailand.

RDS also has close connections with the National Health Security Office through its members.

Does Thailand’s deal for 8.5 million ATKs pass the corruption test?

Thailand’s surging COVID-19 crisis has spawned a series of rumors and scandals, with the latest centered on rapid antigen test kits (ATKs). Initially touted as a tool to control COVID-19, ATKs are now viewed by many as a breeding ground for corruption.

Since its establishment, RDS has played an active role advancing healthcare causes and addressing hot political issues. RDS members have never been afraid to intervene in controversies where corruption and misgovernance are suspected.

When the People’s Democratic Reform Committee (PDRC) staged street protests against the Yingluck Shinawatra-led government in 2014, RDS joined the rallies to push for reforms in Thai society.

It has also been quick to attack the current administration, led by General Prayut Chan-o-cha, over its mismanagement of the COVID-19 crisis.

“While RDS works to reduce inequalities in the public sector, it is also a watchdog that will fight flawed policies or corruption. Under my leadership, RDS will push Thailand towards a better future,” Supat vowed.

RDS on the COVID front

Although its members are based upcountry, RDS felt it could not ignore the plight of Bangkokians who are at the mercy of surging COVID-19 infections. Unable to access COVID tests, many residents have been living in constant fear that if they get infected, they will not get timely treatment or be able to protect their family members.

“Our move proves to the public that common people can shape the direction of the country too,” he said.

Supat directed 16 teams on the second Bangkok mission, rising to 40 in the third RDS trip, which concluded on August 10.

“We have also expanded our services,” he said. Between August 4 and 10, RDS teams not only tested 145,566 people, but also prescribed medication for those who tested positive and vaccinated those who were negative.

RDS’s efforts have won widespread applause, with more people listening to their advice and paying attention to the points they raise. Among the issues questioned by RDS is the government’s procurement of COVID-19 vaccines and its decision to buy 8.5 million purportedly low-quality ATKs from a Chinese company at double the price quoted online.

KPDNHEP: Study on price of Covid-19 self-test kit set to be ready by end of August