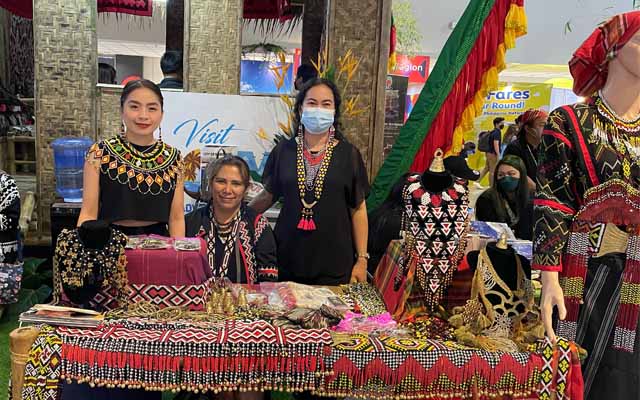 The Philippine government is paving the way for tourism in Mindanao, a pristine and undeveloped part of the southern Philippines that has had a troubled image.

After several travel caravans to various parts of Mindanao, Philippine Tour Operators Association (Philtoa) president Fe Abling-Yu, concluded that it is safe, and has listed it as one of the new destinations to promote.

In late September, all five of Mindanao’s regions were present at Philtoa’s 33rd Philippine Travel Mart in Manila, stealing the limelight with their colourful booths and costumes, quality artisanal wares, and tour packages even in areas previously off to tourism.

“Imagine the impact on local communities and their livelihood, on small and medium enterprises, on the local economy, on investments, if Mindanao is given the chance to wield its full tourism potential,” Abling-Yu commented.

“When you see Basilan, it is different from how it is perceived. We have tourism circuits that include Basilan for farm tourism, Yakan indigenous culture, gastronomy and its clean, pristine beaches,” said Errold Lim Bayona, tour director of Itravel Tourist Lane and manager of All For South Consultancy.

Bayona said that although his companies are in Zamboanga Peninsula, they are also expanding to the neighbouring island provinces of Basilan, Sulu and Tawi-Tawi because tourism products are already available there.

Zamboanga too, used to have a spotty image many years ago, but successfully transitioned into a safe, popular destination, with varied offerings of nature, secluded pink beach, seafood delights, and cultural heritage from Christianity and Muslim backgrounds, among others.

Rotoni said that apart from Basilan, DOT Region 9 is also starting to promote the cities of Dapitan and Dipolog, both in Zamboanga del Norte. These safe havens have oft been overlooked due to limited access and infrastructure.

For instance, national carrier Philippine Airlines currently flies to various points in Mindanao, and is helping to encourage domestic tourism by adding more flights to and from Tawi-Tawi, Cotabato and Jolo.

Government assistance
For Mindanao to gain a larger foothold on the tourism map, DOT’s Rotoni said they will be pushing for a Northern Luzon Travel Exchange next year for its main domestic source market.

“We see the potential of this market so we nurture and grow it. Tourists who visited are the best bet in telling the story on the ground and world-of-mouth advertising instead of relying on photos and videos,” Rotoni explained.

Tourism Promotions Board (TPB)’s new chief operating officer, Margarita Nograles, added: “We have to make sure that when we say Mindanao is safe, it is safe.”

“A quick solution for us to show to the world that Mindanao is safe is to bring more fam tours and let international tourists enjoy meaningful experiences in our region…. especially now that we’re rooting for sustainable, community-based tourism,” Nograles pointed out.

Hence, apart from destinations that are already known to foreigners like Siargao, its target market is mainly domestic and viable markets in certain Asian countries for halal tourism, and those not sensitive to travel advisories.

This comes as Western countries have red-flagged parts of Mindanao in their travel advisories and travel insurance for their citizens excludes portions of Mindanao.

Regardless, TPB is pushing forward with a Colors of Mindanao campaign to highlight indigenous people, and reiterate that Mindanao is a safe destination for visitors.

Charles Aames Bautista, TPB’s deputy chief operating officer, added that Mindanao is also being explored as a “MICE destination”, which is why the “next MICECON will be held in Davao next year”.

“If it’s any indication, even the private sector is echoing our sentiments. We just had a meeting with a few online platforms and (are) working with property development companies to set the standards for accommodations.

“A lot of travel agents are creating Mindanao tours and circuits but if you don’t have a place to stay, it’s no use. That is why accommodation and food availability are always in conjunction with tourism circuits,” Bautista explained.