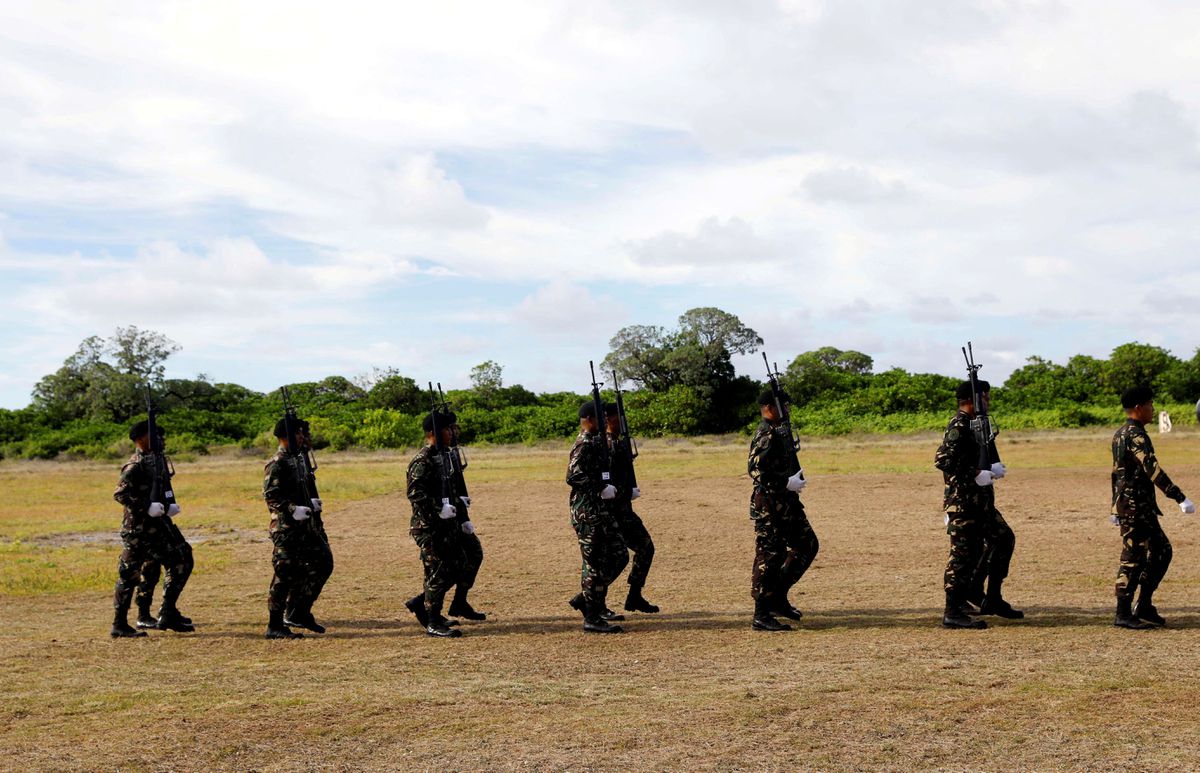 The Philippines’ defence ministry on Thursday ordered the military to strengthen its presence in the South China Sea after monitoring “Chinese activities” in disputed waters close to a strategic Philippine-held island.

The ministry did not specify what activities those were and its statement follows a report this week of Chinese construction on four uninhabited features in the disputed Spratly islands, news that Beijing has dismissed as “unfounded”.

Any encroachment or reclamation on features within the Philippines’ 200-mile exclusive economic zone “is a threat to the security of Pagasa island, which is part of Philippine sovereign territory,” the ministry said in a statement, using the Filipino name for Thitu island.

“We strongly urge China to uphold the prevailing rules-based international order and refrain from acts that will exacerbate tensions,” it added.

The Chinese embassy in Manila reiterated that China strictly abides by a consensus reached among claimants that included not developing uninhabited reefs and islands.

Asked to respond to the defence ministry’s statement, it said both countries would ”properly handle maritime issues through friendly consultations.”

China claims most of the South China Sea, through which billions of dollars worth of goods pass each year. Brunei, Malaysia, the Philippines, Taiwan and Vietnam also have overlapping claims to various islands and features.

Thitu is the most strategically important of nine features the Philippines occupies in the Spratlys, located close to Subi Reef, one of seven artificial islands that China has built on submerged reefs, some with surface-to-air missiles, aircraft hangars and runways.

The Philippine military’s Western Command in a statement said it had observed via regular navy and air patrols a “persistent presence” of Chinese militia near Thitu island and around Lankiam Cay, Whitsun Reef and Sandy Cay.

It did specify what the Chinese boats were doing.