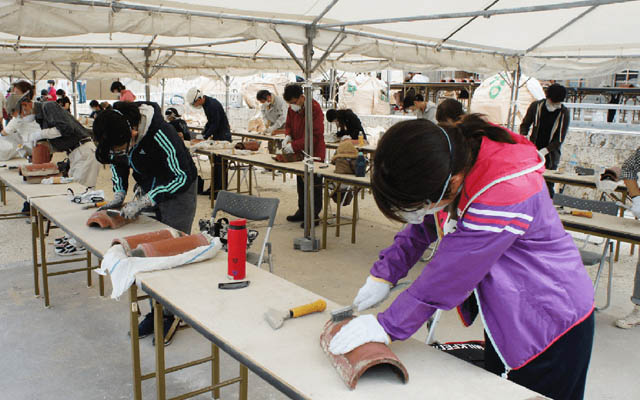 A groundbreaking ceremony was held yesterday to mark the beginning of repairs to the main hall of Okinawa’s Shuri Castle, a UNESCO World Heritage Site that buckled under a massive fire in October 2019.

The fire destroyed nine structures across the castle complex, including the main hall, known as Seiden.

In an NHK World report, Okinawa and Northern Territories Affairs minister, Okada Naoki, told attendees that Shuri Castle is a symbol of Okinawa and the spiritual home of Okinawan people, and vowed that the government would reconstruct the castle responsibly.

Some restoration work has been ongoing since 2020, ahead of Seiden’s reconstruction, and visitors have been invited to witness the process. Since the disaster, locals have stepped in to help clear debris. According to information published by the Okinawa Convention & Visitors Bureau, some of the recovered red roof tiles from the castle are being reused in craft activities for children, an activity that has brought the community closer together.

Our children, the gems of our nation