Founded just months after the start of World War I in 1914, Maserati has been gamely battling relative latecomers Ferrari (1947) and Lamborghini (’63) for Italian sports-luxury prominence despite several lost decades of mismanagement and financial hardship. And the Bologna-based brand still has plenty of fight: Witness the launch of the 630 hp MC20, its first supercar in almost two decades, while the pandemic was in full swing, inauspicious circumstances that actually allowed gearheads more opportunity to obsess.

The mid-engine MC20 takes up the mantle from the MC12, one of the most sought-after Maseratis of the modern era, which returned the marque to racing in 2004—the “MC” stands for “Maserati Corse,” the brand’s motorsport division—and its carbon-fiber monocoque chassis was built in collaboration with race-car specialist Dallara. With a sleek aesthetic born from over 2,000 hours of wind-tunnel testing and more than 1,000 fluid-dynamic simulations, the bodywork suggests a stone sculpted by the flow of the elements. The subtle styling continues with the vents on both hood and flanks, which nearly disappear depending on your line of sight.

Head of design Klaus Busse says his team was after “pure design, not cars designed around the air intakes.” The interior presents a similarly clean edit, with a streamlined cockpit that places a majority of driver functions on the steering wheel. Only a handful of controls, including the selector for drive modes—Wet, GT, Sport and Corsa—and the dual 10-inch touchscreen infotainment system, are on the center console. 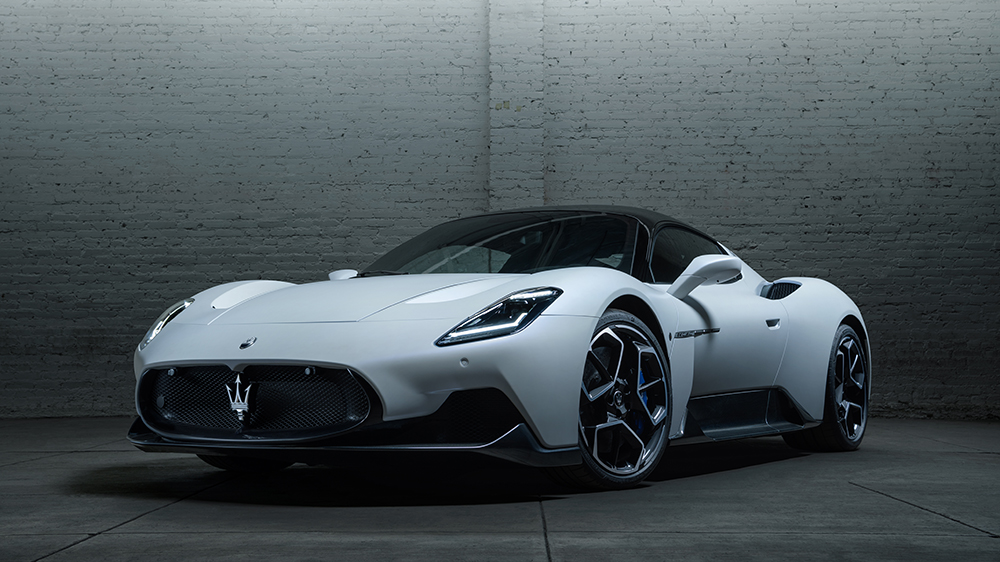 The powerful rear-wheel-drive machine can hit 60 mph in 2.9 seconds.

The coupe’s edgier side is reflected along the bottom of the exterior, with more pronounced angles and aero elements such as the channeled diffuser for increased downforce—and, of course, those butterfly doors. Most noteworthy, though, is the new Nettuno 3.0-liter, twin-turbo V-6, with 538 ft lbs of torque. Its Formula 1–derived twin-spark-plug, pre-chamber combustion system delivers a faster, cleaner burn and is touted as a first for a street-legal car. The engine, developed in-house, is mated to an eight-speed dual-clutch transmission.

That potent, high-tech mill and the vehicle’s curb weight of 3,306 pounds allow the rear-wheel-drive machine to hit 60 mph in 2.9 seconds, on its way to a top speed of 202 mph. Those stats put the MC20 alongside some of the latest offerings from its rivals in Maranello and Sant’Agata Bolognese, as does its $210,000 starting price.

And if you’re going after some of the biggest names in the category, such impressive figures aren’t just nice—they’re necessary. Andy Love, director of brand and sales for Maserati North America, thinks the MC20 “will re-establish Maserati in the mid-engine super-sports-car segment” and calls the car “an important, fundamental step in creating the future of our brand.” That’s setting a big stage, but at least the lean and sculpted lightweight looks more than ready to square off. Prancing Horses and Raging Bulls, be warned.

Check out more photos of the MC20 below: 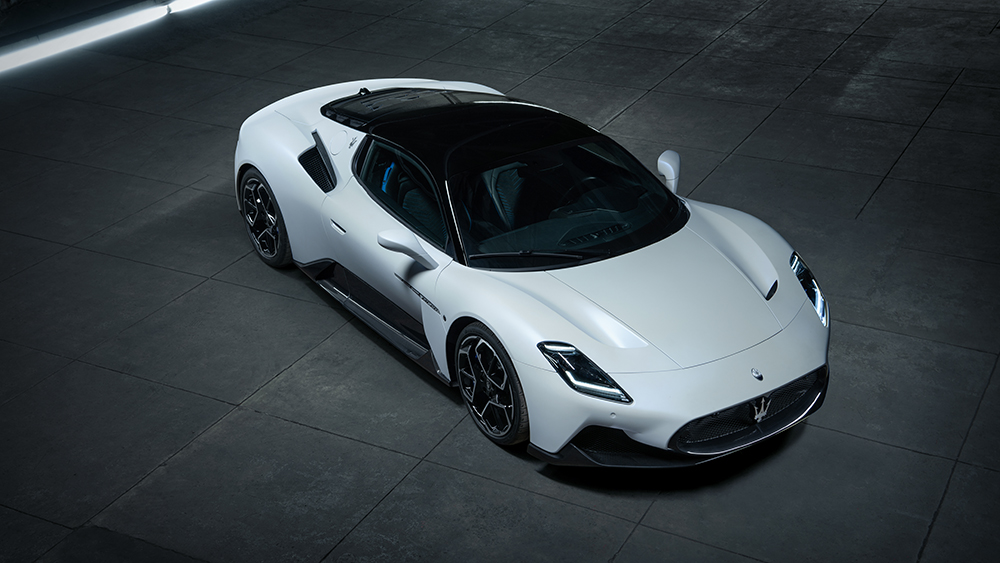 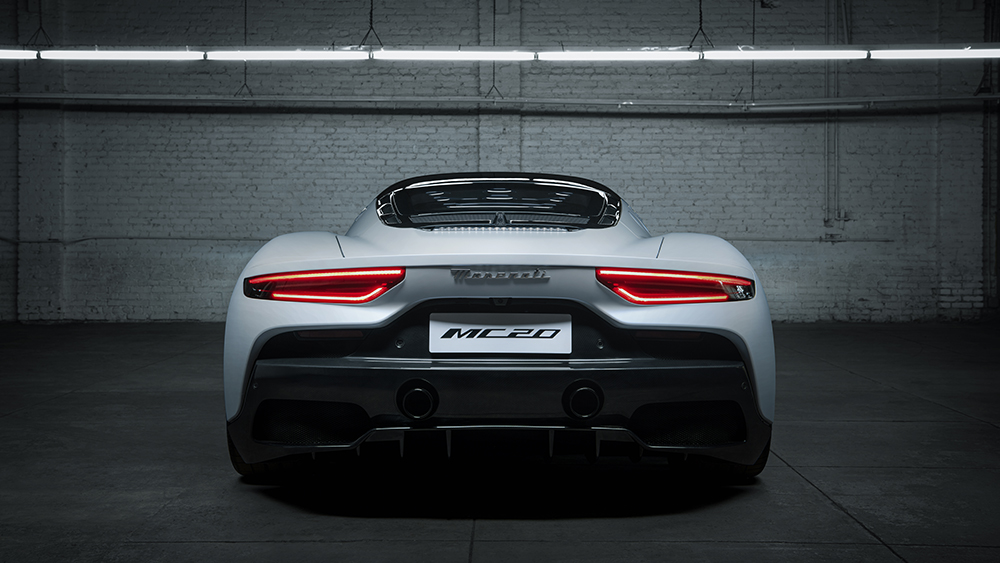 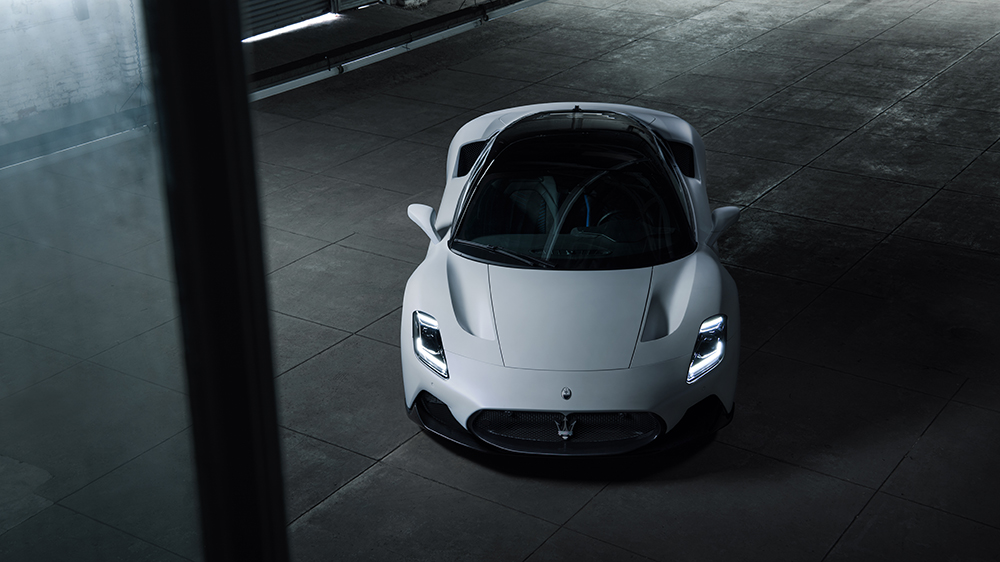 The Founders of Jack Honey Art, Beats & Lyrics Talk its Evolution & Where the Show’s Heading in 2021