To call Paco Rabanne a visionary might be an understatement, but he’s not only changed the course of fashion with his chainmail bags, Dayglo leather, and knitted fur pieces.

The enfant terrible of the 1960s French fashion world wanted to disrupt more than the classical codes of fashion; he also turned his attention to perfumery in 1969, and every fragrance since — from the Calandre (the brand’s first perfume for women) to the Gen-Z inspired One Million last year— has been nothing short of fearless and, dare we say, shocking.

This year’s release, Phantom, is just as bold and audacious, except it has also been created with one other goal in mind: inclusivity. Rabanne’s vision for a world with a singular vision is greatly reflected here, but that could be attributed to the fact that this fragrance was created by not one or two, but four perfumers, each bringing with them their own interpretation of what a feel-good world that embraces differences should smell like. 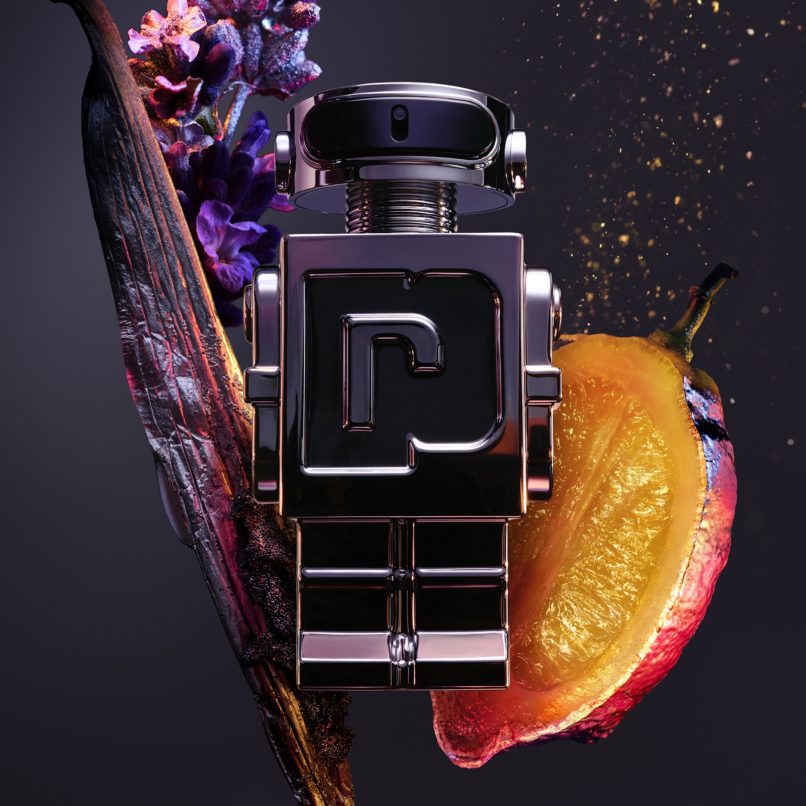 Loc Dong, for example, was picked for his crazy creativity, while Juliette Karagueuzoglou brought to the table her incredible knowledge of natural material. Master Perfumers Dominique Ropion and Anne Flipo from the International Flavors and Fragrances (IFF) — who’ve previously made Paco Rabanne fragrances — lent their noses to this project too. But that’s not all the brand had up its sleeves; it also turned to what it calls “Augmented Creativity” to allow them to select the he exact ingredients that stimulate sensations of sexiness, confidence, and energy.

This next-generation technology was developed just for IFF with the input of neuroscientists, algorithmic tools, and artificial intelligence to push the boundaries of perfumery. Because different parts of the brain are associated with specific emotions, this “Augmented Creativity” will allow them to pinpoint ingredients and scents that best tell the story.

The result is a fragrance that’s a beautiful marriage of opposites. Styrallyl acetate — a “vintage” molecule — was used here to lift the fresh zestyness of lemon peel oil from Italy to heighten alertness. It then settles into the smoky and earthy scent of Indonesian patchouli, except this time with hints of apple and notes of Haitian vetiver.

A little surprise in the form of lavender from Grasse — and not just any lavender, but Lavender 3.0 — was included to lend a smoothness to the fragrance. Vanilla absolute also added a good dose of sensuality to this beguiling perfume. 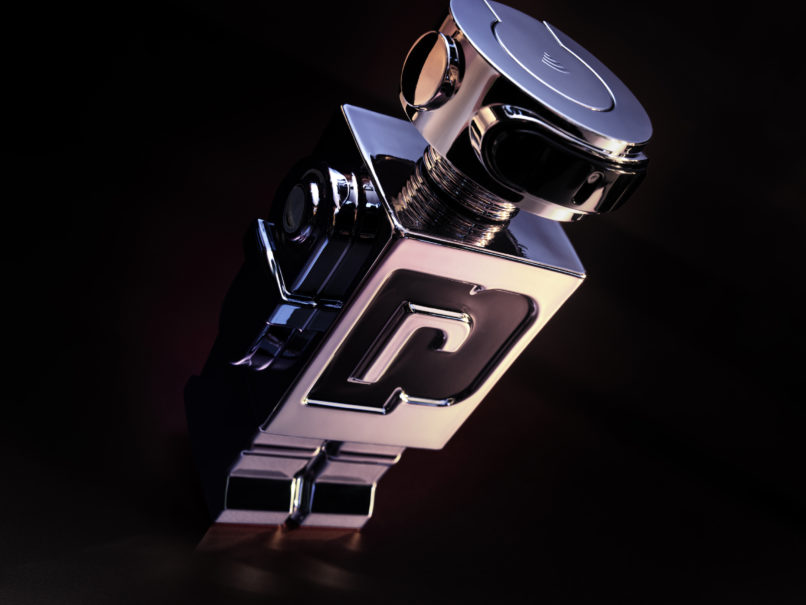 Beyond its sleek silver robot-shaped bottle and confidence-boosting scent, however, Phantom is also the first ever connected fragrance. A contactless communication NFC chip is embedded in the spray caps of the 100ml and 150ml bottles. Users simply need to touch the robot’s head with their smartphone to connect to the Phantom universe, where exclusive content curated by Paco Rabanne — think interactive filters, personalised playlists, interactive games, and more — can be accessed.

Intrigued? So were we, which is why we sat down with thefour perfumers to find out how it was exactly that they were able to create Phantom, the future of fragrance, with Paco Rabanne.

Loc, you’re part of team Olympéa. Juliette you’re on team Invictus. How does creating for Paco Rabanne influence your vision?

Loc: Paco Rabanne has always been a forward-thinking, daring, futuristic brand. Every time I create a Paco Rabanne perfume, I challenge myself to bring newness, while keeping a great sense of craftmanship and emotion. As perfumers, we are constantly searching for newness, and Paco takes you to the next level.

Juliette: I have the exact same feeling about the brand. It challenges us, as perfumers, to combine disruption and emotion to create something daring and unexpected, but also friendly and fun. It’s always a great pleasure to work for Paco.

What indications did the Paco team give you for Phantom?

Loc: They asked us to share our vision for the future of Paco Rabanne. That was a great challenge because with that in mind, we almost had a wild card, we were free to propose anything! It was extremely exciting.

What was the original idea that kickstarted the fragrance?

Loc: Since we were free to do whatever we wanted the sky was the limit! And we decided to go even beyond. The original idea was to blend futurism and history, innovation and craftsmanship, freshness and addiction. I wanted to reinvent the molecules that expressed freshness. Thanks to A.I., I was able to do it, and to connect this futuristic freshness with creamy lavender, bringing more disruption and addiction to this historical note. Here, it is completely reinvented. 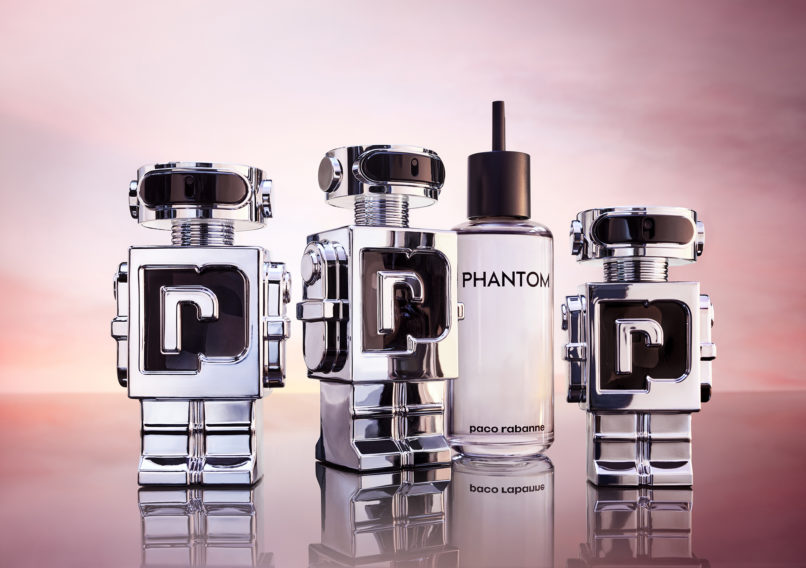 Loc, you’re in New York. Juliette, you’re in Paris. How did that long-distance collaboration go? Who came up with what?

Loc: I was in Paris when I created the first accord, then I left for New York City and I really wanted to continue the project with Juliette. Paris and New York are finally so close, and when you work with someone you trust, with a natural friendship, then it is very easy to spend time crafting this beauty together.

Juliette: Indeed, and you know what, thanks the different time zones, the perfume never slept, since one of us was always working on it… Loc brought freshness and tension, while I focused on craftsmanship and balance.

Phantom was conceived with the help of A.I. How does that work?

Loc: A.I. is a fantastic tool, increasing the speed of innovation by enhancing our creativity

Did A.I. takes you places you never thought you’d go?

Loc: In fact, I prefer to see AI as a GPS, but I remain the driver. It can tell me how fast I can go, or alternative routes I can take, but I remain the creator and can decide whether to go in a certain direction or not.

Phantom is made with feel-good notes that can hack our mood. Could you tell us about them and their effects? 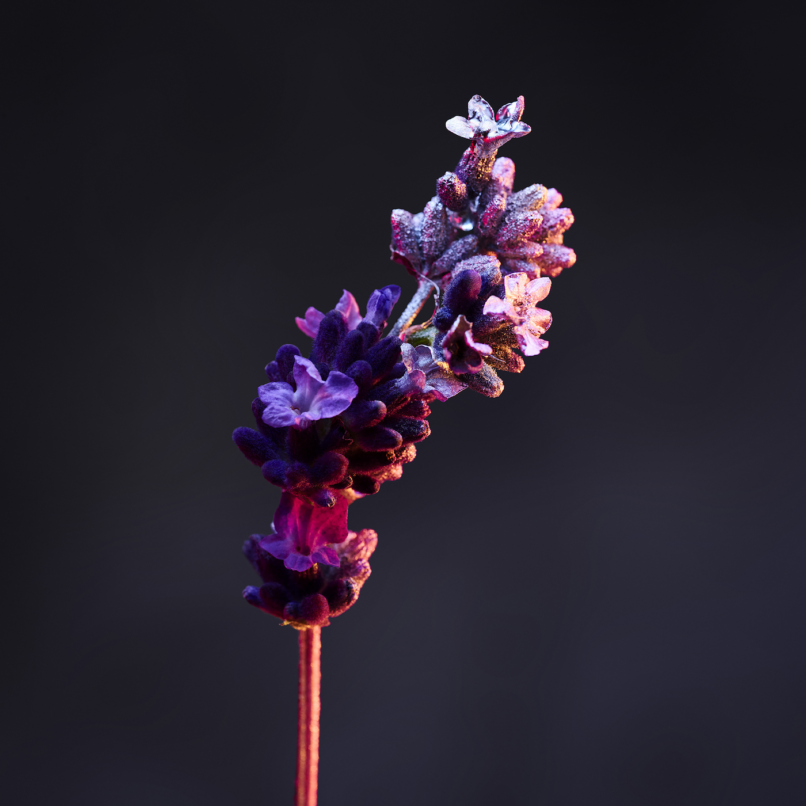 Loc & Juliette: We used very specific qualities of lavender in the fragrance, such as lavandin heart, which is not a typical lavender, but rather a very modern lavender note extracted through molecular distillation. Tests have demonstrated that it boosts happiness. We crafted this ingredient specifically for Phantom and it really impacts the result.

As you went back and forth between Paris and New York, was there a “ta-dah” moment, when you knew you had your accord?

Loc: In fact, the first “ta-dah moment” really happened with the initial accord. It’s always our job to find tension from the beginning, and that accord was very intriguing. Another “ta-dah moment” happened later in the project, when we felt that this very specific tension was harmonized and taken to a beautiful balance and signature

Let’s talk naturals. You’ve used three different qualities of lavender here. What’s so special about them? And what about patchouli and vetiver “heart”? what’s the difference here?

Juliette: There are various extractions possible with naturals, and we really crafted every detail of the scent by using specific qualities, to bring a beautiful qualitative feeling with a great modernity. We created a “Lavender 3.0” that combines lavandin heart, lavandin Enfleurage 2.0 and lavender oil. Each of them highlights very specific facets, that complement each other and create a very innovative lavender note, which is quite a challenge as this is a historical note of perfumery! The “heart” is a fractional distillation of a natural, that allows you to focus on very specific facets, and to lower the volume of others. It creates a very precise message, which is very important for us.

Have you used any mind-blowing, man-made molecules to give Phantom its incredible signature? 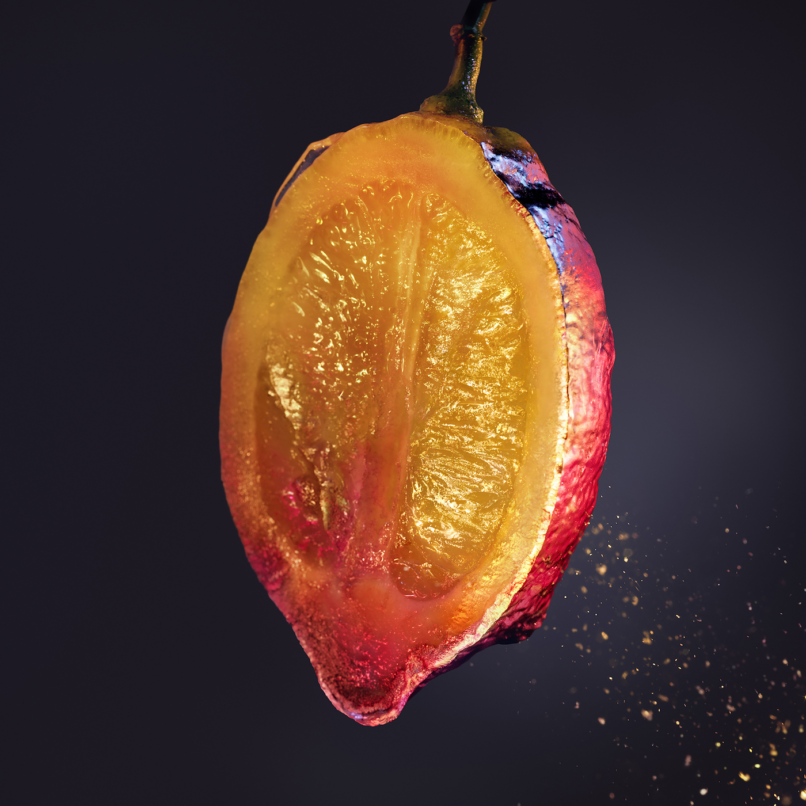 Loc: We wanted to combine things people didn’t expect, we really wanted to bring surprise and innovation. We used innovative molecules such as Creamytone which is very addictive and sensual, but we also pushed the level of another molecule, styrallyl acetate, to an incredible amount. This molecule has been used for decades in perfumery, but never in that ratio!

What makes Phantom such a Paco fragrance?

Loc: It was crafted from scratch, for Paco only, so it could only be a Paco Rabanne scent!

Juliette: It is a feel-good, futuristic scent, pushing back boundaries in every aspect.

You both joined Loc and Juliette in creating Phantom. What was the expertise you each brought to the dream-team?

Dominique & Anne: We tried to refocus on the signature of Loc’s original idea, at a moment of the development when the scent was beginning to be very complex and facetted. We kept a certain complexity while remastering the signature.

What makes Phantom so incredibly diffusive and long-lasting? 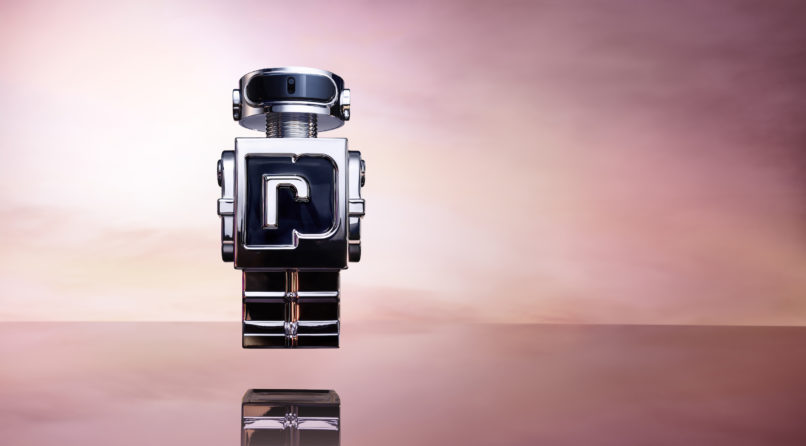 Dominique: The accord is very precise, its shape is very recognizable, and it is very diffusive as we built the scent with very high doses of lavender, styrallyl acetate and creamy notes. The structure is also extremely high-performing, and the long-lastingness comes from all the interactions between the ingredients.

What’s the secret of the scent’s distinctive signature?

Anne: The secret is in Loc’s imagination! The idea was very strong from the beginning and we are very proud to have built the scent while respecting this incredible idea, finalized in every single detail.

Fun Activities for a Rainy Day in London