Mr. Patchara Anuntasilpa as Director General of Thai Customs Department, Mr. Pongthep Buasap as Principal Advisor on Customs Control Development, Mrs. Nantita Sirikup as Deputy Director General of Thai Customs Department, and Mr. Tawal Rodjit as Director of Investigation and Suppression Office specifically command every port and customs house to concentrate on defending against smuggling narcotics and illicit goods, whether importation or exportation. In addition, the Customs strategy continues to emphasize striking a balance between customs control and trade facilitation, since customs control should not be an impediment to the success of good entrepreneurs.

Mr. Prasit mentioned “Thai Customs Department cooperated with World Customs Organization (WCO) and United Nation Office on Drugs and Crime (UNODC) initiate Port Control Unit (PCU) at Laem Chabang Port Customs Office to collaborative operation such as exchange domestic and international intelligence to detain import, export, transit and transshipment of narcotics. Furthermore, we employ customs control and technology in our operation and inspection to improve efficiency, such as an X-ray machine and CCTV cameras. As the outcome, this project could protect society, people and business from illicit trade, lead to trustable shipment from Thailand on global trade. As a result, according to Customs strategy and government policy, this project will benefit society and the country.” (NNT) 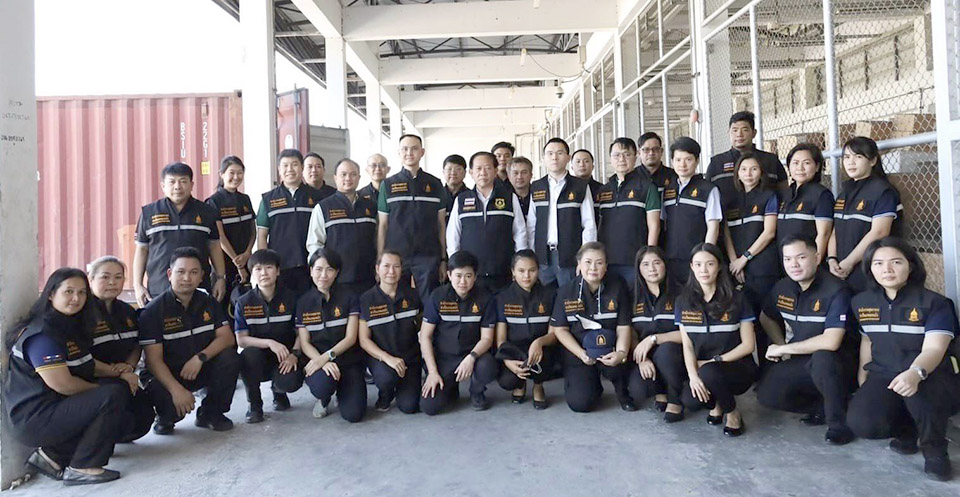