Japan’s obsession with perfection is an Olympic-sized problem

Roland Kelts is the author of “Japanamerica: How Japanese Pop Culture has Invaded the U.S.”, an editor of “Monkey: New Writing from Japan,” and a visiting professor at Waseda University.

Japan is world-famous for its punctual and efficient customer service, and for most of the pandemic — with the country under varying degrees of lockdown — this has been a godsend.

Food deliveries arrive at your door, hot and hermetically sealed, up to 10 minutes earlier than promised. Packages sent from every corner of the country are handed to you the following morning by gloved couriers. Convenience stores really are convenient — located everywhere, well-stocked, impeccably sanitized and open 24/7, even in the smallest towns.

In Tokyo, public clocks are ubiquitous. While it is true that you can set your watch to the departures and arrivals of Japan’s trains, from the high-speed shinkansen to more humble commuter rails and subways, you do not really need a watch here.

Yet now, when Japan does need to keep pace with global vaccinations just two months before the start of the 2020 Tokyo Olympics, the nation is way behind and scrambling to catch up. Only 2% of its population has been fully vaccinated, putting Japan at the very bottom of the 37 developed nations that make up the Organization for Economic Cooperation and Development.

What gives? Why is the country faltering on vaccine delivery when all the conventional measures — history, culture, commerce, and the imminent worldwide scrutiny of the Olympics — would point to Japan being a regional if not global leader?

I call it Japan’s systemic myopia: an obsession with the proper functioning of every node in the system without a bigger vision of what the system should be doing.

Japan’s business, cultural and political models assume a steady state that is under control so it can afford to sweat the small stuff. When Japan’s systems are isolated from interruption, they are built to perfection. Precision in getting the details right makes daily life here functional, safe and reliable. It is a great place to call home.

But when it comes to long-term, large-scale thinking to tackle crises or big projects — like fast-tracking a nationwide vaccine rollout for a global virus while hosting an international sports extravaganza — Japan clings to antiquated step-by-step ways, from requiring in-person employee hanko stamps during lockdown to lengthy vaccine approval procedures, regardless of realities.

The most wrenching example of Japan’s mental disjunction occurred 10 years ago, after the 2011 meltdowns at the Fukushima Daiichi Nuclear Power Plant. Six days into the government’s frantic response, television footage showed a lone helicopter hovering 300 feet over the plant, dwarfed by the buildings below, spraying 2,000 gallons of water over a damaged reactor’s smoking dome — water dispersed by the wind into contrails of white vapor that were blown out to sea. 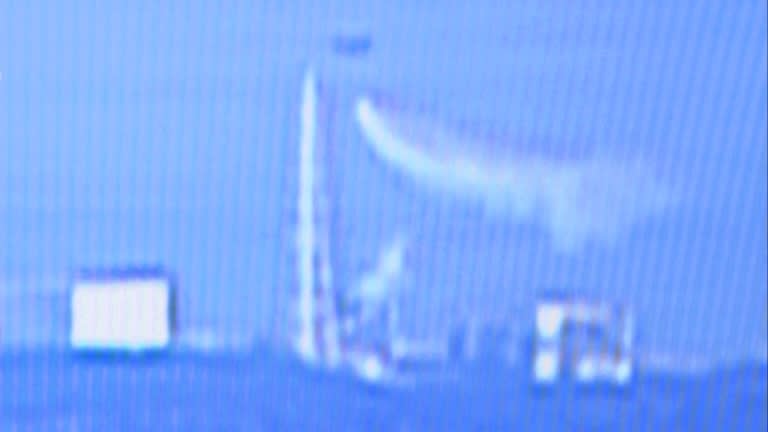 A video grab shows a helicopter dumping water on a reactor to cool overheated fuel rods inside the core at Fukushima Daiichi Nuclear Power Plant on Mar. 17, 2011.   © Fukushima Central Television/Kyodo

Prime Minister Naoto Kan had ordered the single Self-Defense chopper in a desperate effort to stop the damage from spreading. But to me, it looked like a pitiable symbol of too little, too late.

I am reminded of that helicopter now, as the government reinstates short-term states of emergency at the very last minute, requesting restraint but offering no guidance or game plan, spraying mist over COVID’s toxic dome of infections, hospitalizations and deaths.

To be fair, in Japanese art, engineering and cuisine, less is usually best. Most of its prized creative achievements champion the miniature and minimal: exquisite netsuke dolls, lacquerware and ceramics, spare flower arrangements and haiku poetry, portable electronics engineering and hand-carved wood joinery. Even its unrivaled, pioneering forms of popular culture, manga and anime, rely on highly selective line work and limited-frame animation techniques for their unique appeal.

The success of postwar Japan has been predicated on its ability to think big in a small space. The entire archipelago covers fewer square miles than the U.S. state of California but is home to over three times the state’s population. Seventy percent is mountainous terrain that is largely uninhabitable, with scant acreage for farmland and no native oil reserves. For centuries, and out of necessity, Japan has excelled at crafting small things with few resources that have very big effects.

The island nation has thrived in periods of isolation but floundered in its colonial ambitions, welcoming outsiders only warily. Immigration remains low, and since the first state of emergency last April, a long list of foreign nationals has been barred entry. Until Friday, only one foreign vaccine, Pfizer-BioNTech, was allowed in.

A certain degree of inward-looking self-regard has long suited and rewarded the native sensibility. During the 200-plus-year sakoku — closed country — period from 1639 to 1853, while Western powers were tripping over themselves to secure global trade routes and riches from Asia, Japan shut its ports and saw its civilization flourish. Until the United States forced the country open in 1853 with its armada of potential superspreader Black Ships, Japan was doing just fine under self-imposed lockdown.

But Japan has also proven that it can implement big-picture policies and programs when it comes under enough pressure to do so — especially when that pressure comes from without. Gaiatsu — foreign pressure — largely motivated the country’s acquisitive study and adaptation of Western technologies in its drive toward modernization during the Meiji period (1868-1912), when the virtues of education and travel were prized.

Pressured again by the West nearly a century later, at the end of World War II, Japan implemented broad plans for growth and societal change. Not coincidentally, Japan’s globally-minded spirit was inspired by its first and so far only Olympic Games in 1964. As author Robert Whiting points out in his recent memoir, “Tokyo Junkie,” in 1960 less than a quarter of Tokyo neighborhoods had a modern sewage system. Four years later, by the time the torch was lit, they had the fastest train in the world and plenty of flush toilets.

Today as I write, the clocks are all correct, deliveries prompt, stores fully stocked. But what looks like a consistent sensibility from the outside manifests in a million discrete and siloed obsessions, without the coordination needed to trigger meaningful action. While Japan’s image abroad is more attractive than ever, its systemic myopia at home creates a muddled micro-focus that lacks vision, as the country’s weak vaccination planning reveals.

Government and corporate offices in Japan tend to be as precise as they are sclerotic. Each individual at each cubicle knows how to dot their i’s and cross their t’s, making daily life smooth and efficient. But when it comes to conceptualizing anything beyond one’s desk, their screens go blank.

A growing chorus of overseas voices is now calling on Tokyo to cancel the games, and a domestic petition created last week has nearly 400,000 signatures. But it remains to be seen if pressure of any kind can jolt Japan out of its myopia this time. What is clear is that a crisis like COVID on the cusp of an international event like the Olympics cannot be solved by one department micromanaging its own workspace.