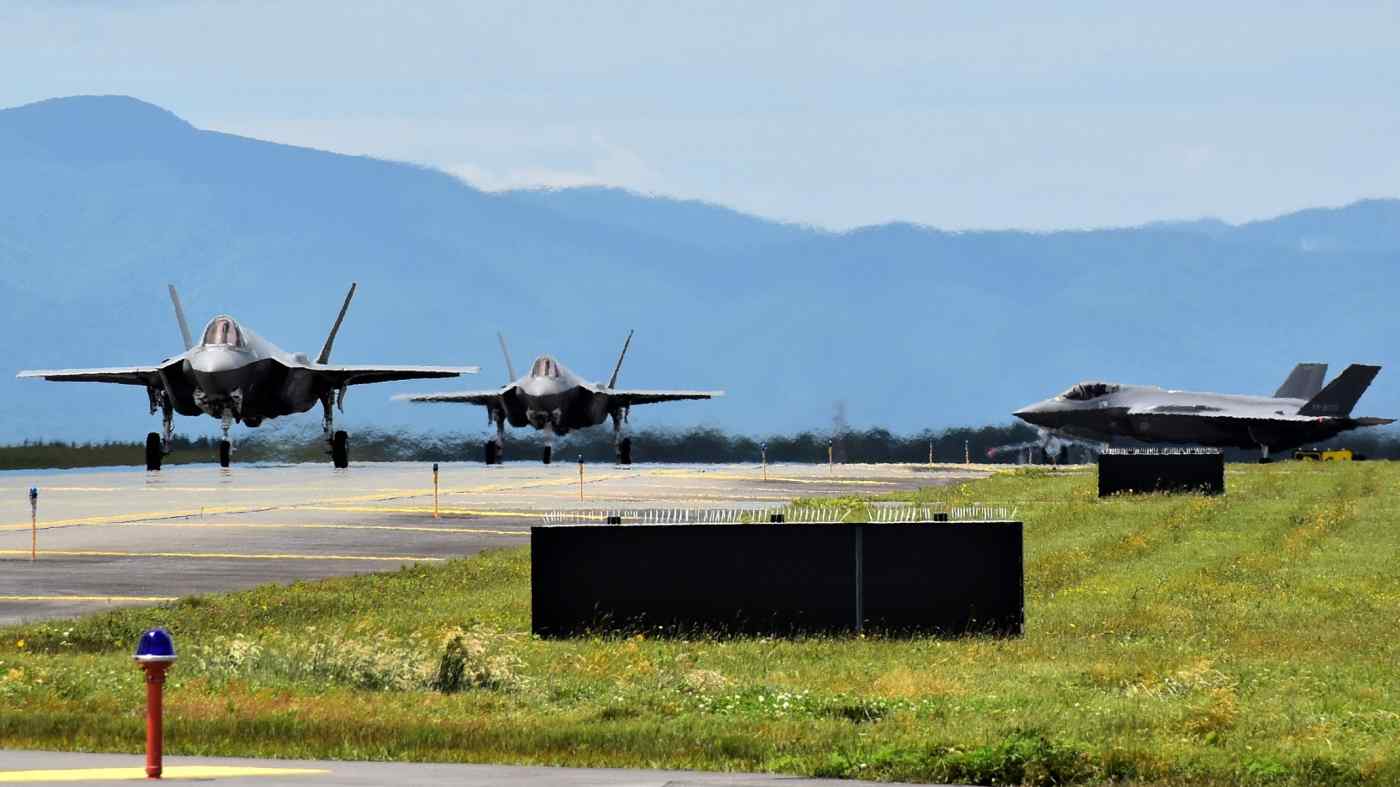 Purchases of fighter jets, including the F-35A, are expected to comprise a large portion of the Japanese Defense Ministry’s budget request. (Photo courtesy of Japan Air Self-Defense Force)

TOKYO — Japan’s Defense Ministry will seek a fiscal 2022 budget of more than 5.4 trillion yen ($49.3 billion), a record amount that could surpass the long-standing cap of 1% of gross domestic product.

Japan has already signaled that it may not stick with the 1% GDP cap as it bolsters defenses against the growing Chinese threat in the region.

The amount is expected to be on par with the fiscal 2021 request of 5.49 trillion yen, as Finance Ministry rules limit sharp increases in spending. The actual budget approved late last year was somewhat lower, at 5.34 trillion yen.

The increase in spending aims to beef up the Japan-U.S. alliance’s deterrence capabilities against China, whose defense budget has more than doubled over the past decade.

Tokyo is focused on bolstering its own defenses in the southwestern Nansei Islands, which include Okinawa. The Japan-administered Senkaku Islands are situated close to Taiwan and could be caught up in a hypothetical U.S.-China conflict there.

The request would come in at around 0.95% to 0.97% of the fiscal 2022 GDP estimate released in July by the Cabinet Office, but the final tally could clock in above the asked-for amount. The fiscal 2021 defense budget drafted last December tacked on about 200 billion yen for expenses not included in the request, such as certain costs related to the relocation of U.S. forces.

And GDP could undershoot if the pandemic continues to weigh on the economy, potentially putting spending over the 1% mark. The planned budget request is equivalent to 1.01% to 1.02% of fiscal 2020 GDP.

Japanese Prime Minister Yoshihide Suga recently told Newsweek magazine that “the government of Japan does not adopt an approach to defense spending of keeping it within 1% of GDP.” This echoed Defense Minister Nobuo Kishi’s comment in a Nikkei interview in May that Tokyo will “properly allocate the funding we need to protect our nation,” without worrying about a GDP ceiling.