Many retirees around the world dream about living their life in other countries, and Thailand is one of the best destinations. In Chiang Mai, there is a group of Japanese retirees who have come to stay for life, and they have established a club called “Chiang Mai Long Stay Life Club”.

The club was established around 15 years ago, with the objective of collecting general information on Japanese long-stayers in Chiang Mai, because all of the club members love Chiang Mai. Most are Japanese aged from 65 up, but some are about 60.  There are quite a few working people, and most of them are members of the Japanese Association and employees of Japanese companies in the North. Thai people who are interested in Japan are also welcome to join. 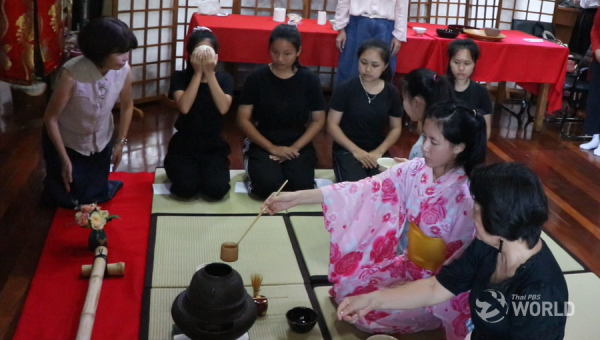 There are lots of activities organised by the club, such as the collaboration with Chiang Mai Rajabhat University to provide knowledge about ‘Japan’ to students at the Japanese exhibition day, which is organized by the faculty of Arts Program in Japanese. CLL members are invited to participate and there are tutorials on how to put on a kimono, how to write Japanese with a paintbrush and how to make green tea according to Japanese tradition. Club members have also formed an ‘Enjoy Nature’ group, which holds a short sightseeing trip once a month in Thailand or in neighbouring countries. 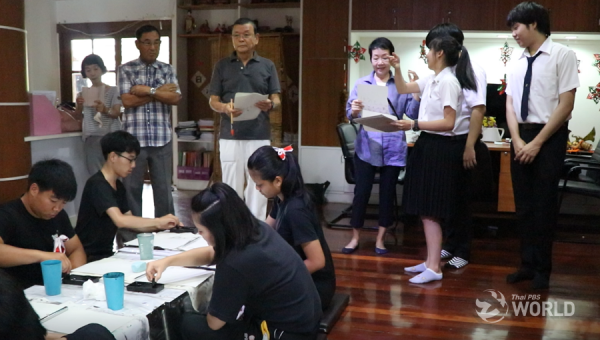 Yoshihisa Tsukigi, Vice President of the Chiang Mai long stay live club, revealed that “Many of the club members want to do something officially for Thai society, but there are limitations for those who have long-stay visas, because they cannot work and the immigration’s definition of work means work with or without remuneration. So, any activity which is done regularly, such as voluntary work, is considered as work.  Even if some members want to do some voluntary work, it is difficult. If they want to be volunteers, they must obtain a visa for volunteers, otherwise they may be deemed to be violating the law.  It is OK if the voluntary work is temporary but, because of the limitations, they have given up.”

He continues that “We are willing to cooperate with government agencies if that does not violate the visa restrictions.”

“The main mission during my two-year tenure is to make every elderly long-stayer happy. Chiang Mai is a nice place to live.  It is not big, but it has everything and all the conveniences that the Japanese want, such as Japanese restaurants, shopping malls, good hospitals and it is comfortable,” he added.