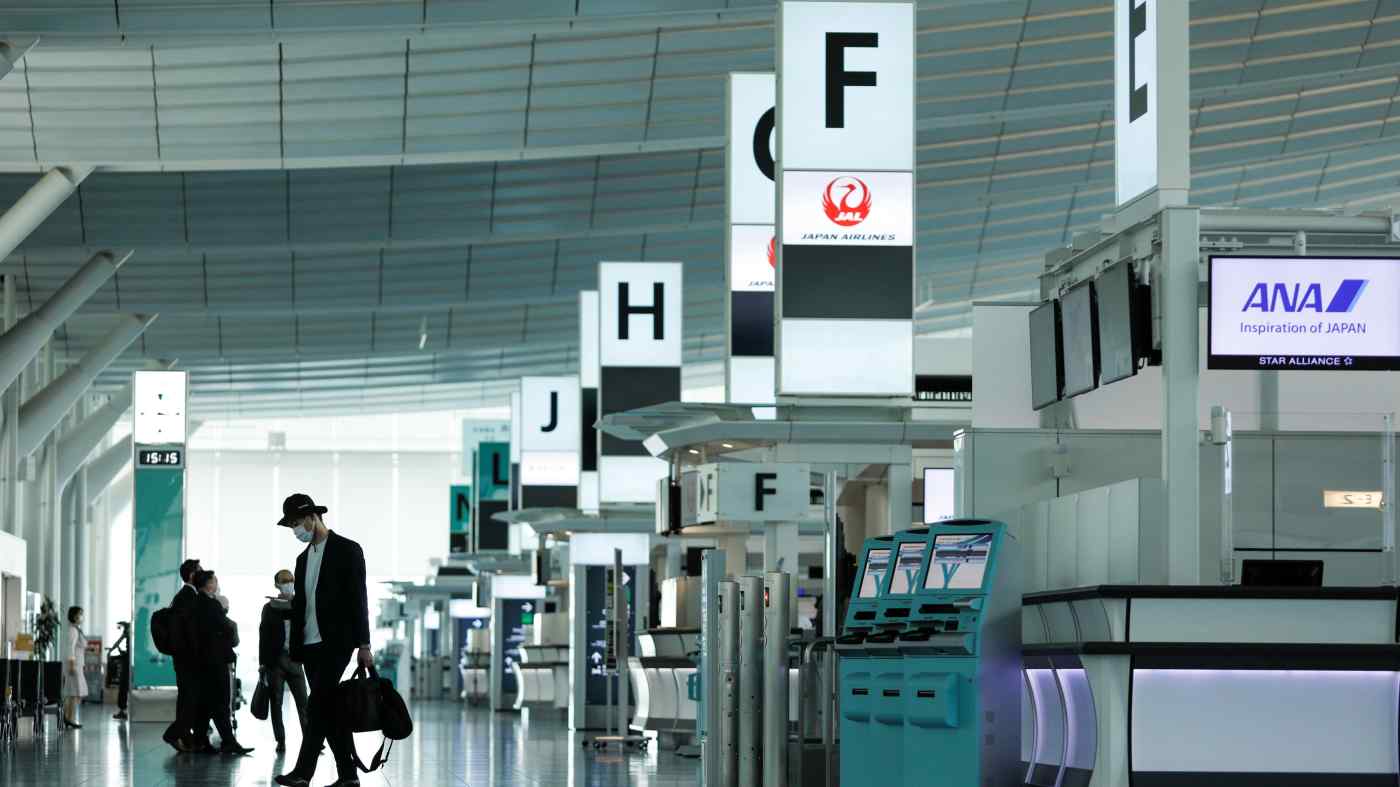 Japan’s main airports have been eerily quiet since the government began requiring all international travelers to quarantine for 14 days after landing in the country.   © Reuters

TOKYO — The Japan Business Federation on Monday put forward a set of proposals aimed at normalizing the nation’s economic activity now that vaccinations have made steady progress.

One of the group’s proposals is to exempt fully vaccinated travelers from Japan’s mandatory 14-day quarantine. If the proposal is adopted, it could increase travel to Japan and help boost economic activity.

The business lobby’s move comes as the use of vaccine passports gains currency overseas. In some countries, people need to show a vaccination certificate to enter restaurants or use public transit. Now the business sector wants the government to review its use of blanket restrictions in dealing with the virus’s spread.

Tokura, chairman of Sumitomo Chemical, told reporters that vaccination certificates can be an effective tool in reviving the economy.

The business lobby, also known as Keidanren, also called for reducing the quarantine period for unvaccinated travelers to 10 days from 14.

Keidanren is not alone in asking the government to adjust its restrictions. On Friday, the government’s own health experts proposed making it easier for fully vaccinated people or those who test negative to travel within the country.

Tight COVID controls have kept people from traveling since early in 2020. The number of visitors to Japan dropped 87%, to 4.11 million, that year, according to the Japan National Tourism Organization.

Worldwide, tourist traffic in the first five months of 2021 remained 85% lower than 2019 levels, according to the World Tourism Organization.

It is hoped that once a large percentage of the population is vaccinated, the economy can reopen without causing a sharp increase in infections. Research has shown that vaccinations are effective in reducing the risk of death or severe cases from COVID-19.

Japan has started issuing vaccination certificates to people traveling overseas, but the certificates are not utilized domestically, which partly explains why Japan’s economic recovery has been slower than those in the U.S. and Europe.