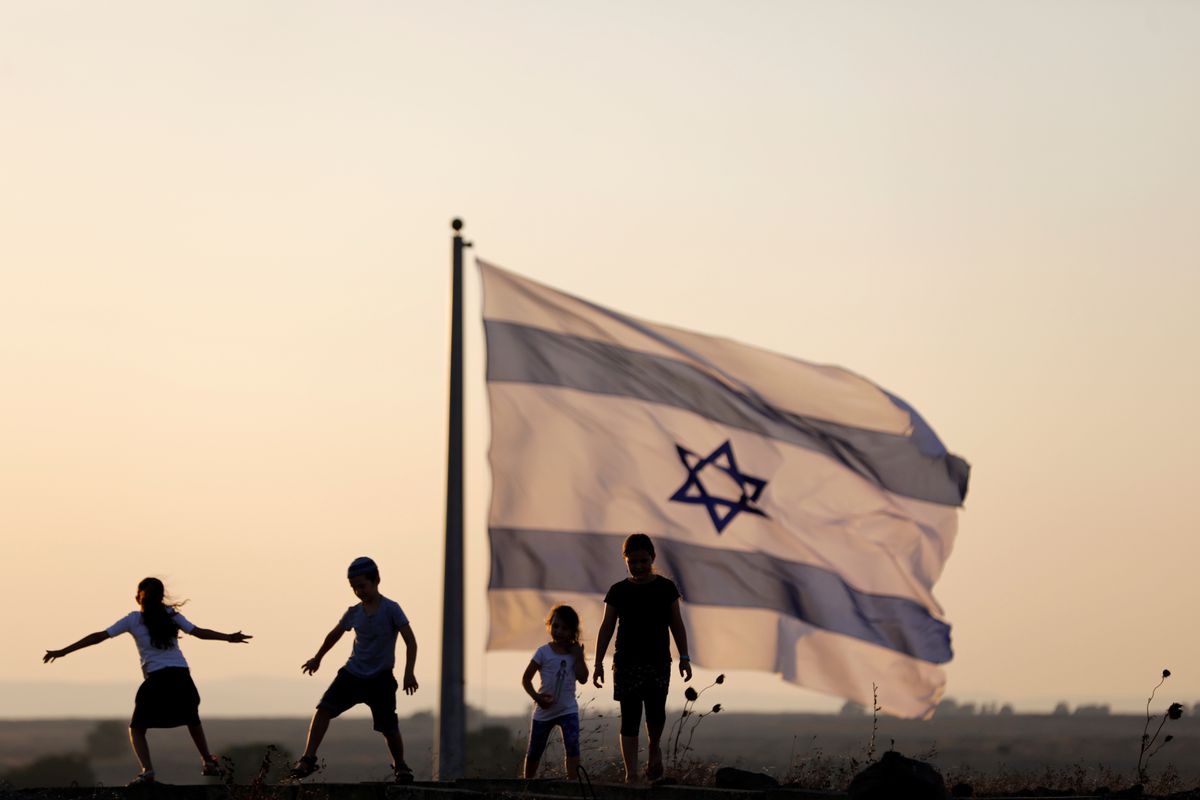 Israeli kids play next to an Israeli flag next to the Israeli Syrian border at the Israeli-occupied Golan Heights, Israel July 23, 2018. REUTERS/Ronen Zvulun/File Photo

Israel carried out an airstrike on Syria’s Damascus International airport and other positions south of the capital, killing five soldiers and causing material damage, the ministry of defence said early on Saturday.

Syrian air defences intercepted the attack and managed to down most of the missiles, a ministry statement said.

There was no immediate confirmation whether the strike had affected airport operations.

Israel’s military said it did not comment on foreign reports.

Israel has intensified strikes on Syrian airports to disrupt Iran’s increasing use of aerial supply lines to deliver arms to allies in Syria and Lebanon including Hezbollah, regional diplomatic and intelligence sources told Reuters.

Tehran has adopted air transport as a more reliable means of ferrying military equipment to its forces and allied fighters in Syria, following disruptions to ground transfers.

Hundreds of thousands of people have died and millions have been made homeless since protests against Syrian President Bashar al-Assad in 2011 developed into a civil war that drew in foreign powers and left Syria carved into zones of control.

5 takeaways from the report on abuse in the National Women