Indonesia and UAE begin talks on trade and investment pact 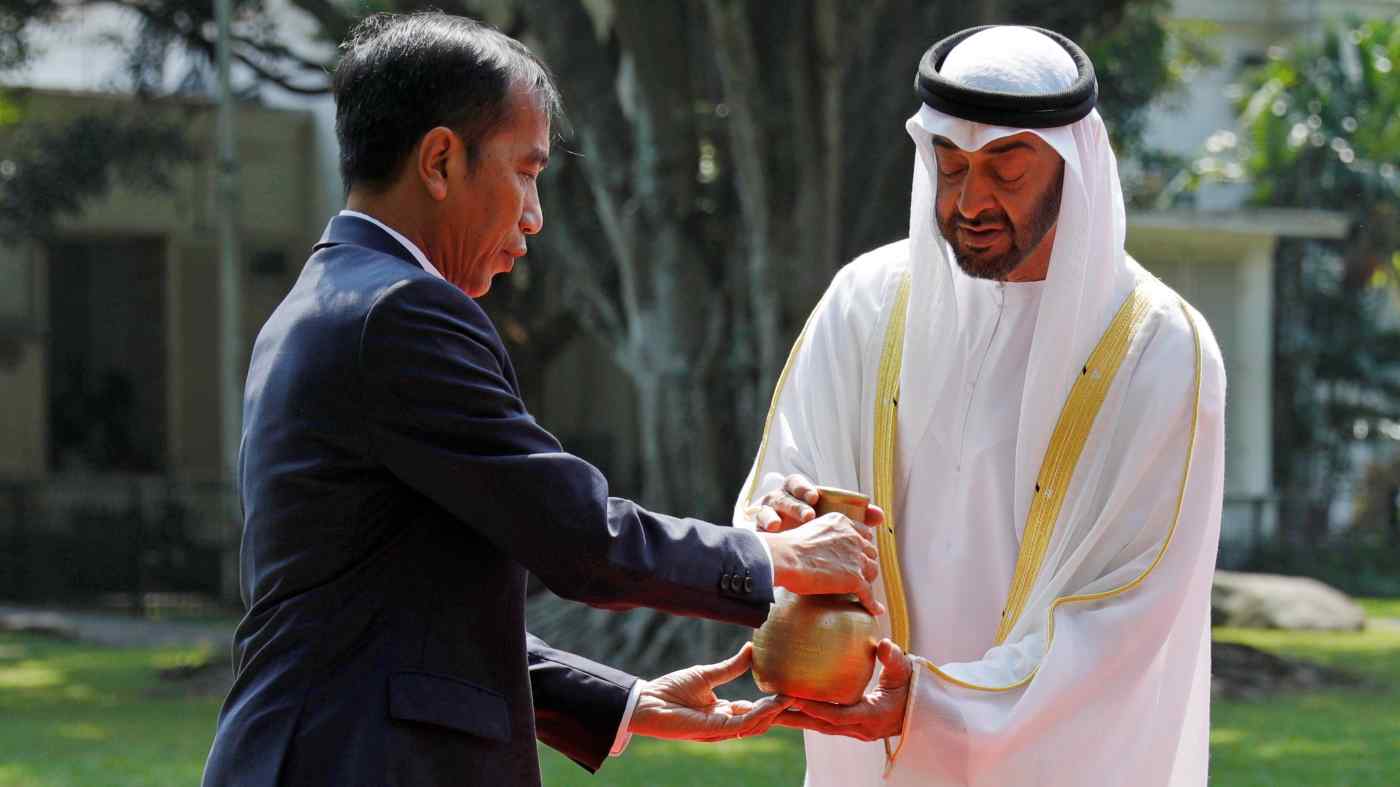 JAKARTA — Indonesia and the United Arab Emirates on Thursday announced the start of negotiations for a new free trade and investment agreement, as the two modern Muslim nations seek to take newly forged ties to a new level.

Biotechnology, the digital economy, energy transition and space development are among priority sectors to be discussed in the bilateral Comprehensive Economic Partnership Agreement. Southeast Asia’s largest economy and the Gulf nation are seeking to facilitate reciprocal access to markets for products such as precious metals, stainless steel, automobiles, halal food and palm oil. The two sides are aiming to finalize a deal within a year.

“This initiative… will address our shared interests on many fronts,” Indonesian Trade Minister Muhammad Luthfi said during the launch of the CEPA talks in the Indonesian city of Bogor. He cited the “urgency of pursuing economic recovery” from the COVID-19 pandemic.

“Indonesia is looking for a partner that can become a window not only to the Gulf countries, but also beyond — such as Africa and the rest of the world,” he said, adding that Dubai’s “sophisticated financial networking” will be “very, very beneficial for Indonesia.”

UAE Minister of State for Foreign Trade Thani bin Ahmed Al Zeyoudi said that through the CEPA, he sought a “five to 10-fold” increase in the bilateral trade volume that totaled $2.93 billion last year.

“On top of direct trade and investments… we see Indonesia as a vital strategic partner at the center of one of the most exciting, fast-growing regions in the world,” he added.

The two predominantly Muslim nations established diplomatic ties 45 years ago. But their relationship only started to take off over the past few years as Indonesia seeks new sources of investments to finance President Joko Widodo’s ambitious infrastructure program, while the UAE is trying to wean itself off reliance on oil.

Abu Dhabi Crown Prince Mohammed bin Zayed, the de facto leader of the UAE, was named a senior adviser of Indonesia’s $32 billion plan to move its capital city from Jakarta to Borneo island shortly after Widodo announced it in 2019. He has not, however, been publicly involved in the project since the onset of the pandemic.

The forged bonds also saw the renaming, at the behest of bin Zayed, of a major street in Abu Dhabi last year after Widodo. The president returned the gesture by naming a new major flyover just outside Jakarta after the crown prince.

And earlier this year, the UAE announced plans to invest $10 billion in Indonesia’s newly-created sovereign wealth fund with the aim of supporting projects in sectors such as infrastructure, tourism and agriculture.

Al Zeyoudi said the two nations are already collaborating on many projects, including the $140 million development of “one of the world’s biggest floating solar power plants” in Indonesia’s West Java Province.

“The UAE and Indonesia share a similar vision for a cleaner, greener future,” he said. “We’re both accelerating efforts to increase our use of renewable power, to diversify our energy sources.”

Xi stays away from Evergrande but calls for inclusive growth at U.N.