In Pictures: Taliban takes over Afghanistan

TOKYO — Taliban fighters entered Kabul on Aug. 15 and President Ashraf Ghani fled the Afghan capital, capping the militants’ lightning push for power. Here are some scenes from Afghanistan to Washington. Taliban fighters on a vehicle on a street in Laghman province on Aug. 15. An Afghan girl receives medical care at the International Committee of the Red Cross rehabilitation center after being injured in the fighting between the Taliban and Afghan security forces in Kabul on Aug. 10. Taliban militants display their flag after taking control of Jalalabad, in Nangarhar province on Aug. 15. Taliban fighters take control of the Afghan presidential palace in Kabul on Aug. 15 after President Ashraf Ghani fled the country. A U.S. Chinook helicopter flies over the city of Kabul on Aug. 15. Afghans gather at the tarmac of Kabul airport on Aug. 16, hoping to flee the country. 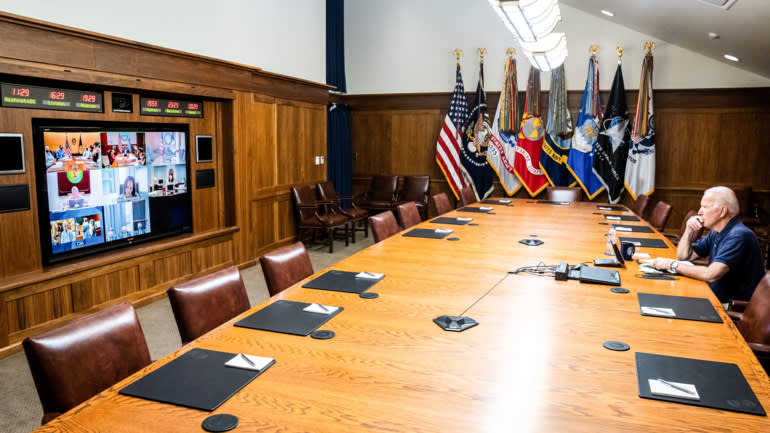 U.S. President Joe Biden in a meeting with Vice President Kamala Harris, their security team and senior officials to get updates on the evacuation of Americans from Afghanistan on Aug. 16. Afghans line up at AZIZI Bank to withdraw their savings as a credit crisis mounts. 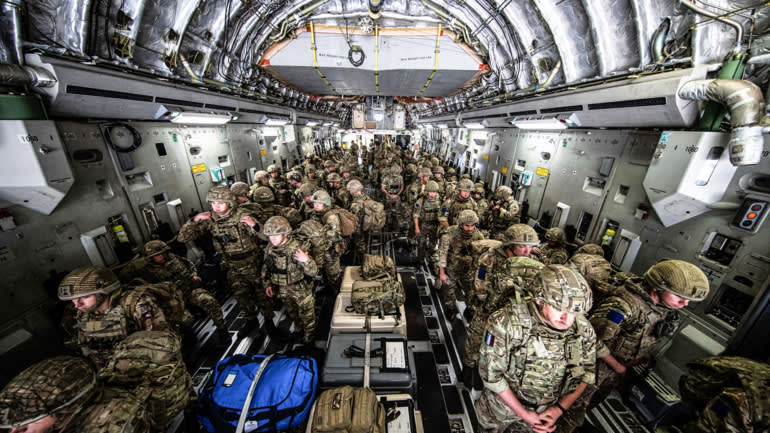 British Forces from 16 Air Assault Brigade arrive in the Afghan capital of Kabul to assist in flying home British nationals and others on Aug. 15. Afghans who had fled their homes in the north due to fighting between the Taliban and Afghan security forces, take refuge in a public park in Kabul on Aug. 13.