In Africa, Biden finds a free trade zone he can embrace

NEW YORK — Eager to tap into a promising market while burnishing his administration’s credentials on free trade now that rejoining the Trans-Pacific Partnership looks as distant as ever, U.S. President Joe Biden appears ready to engage a new free trade zone in Africa.

The African Continental Free Trade Area (AfCFTA), which took effect in January, is the largest such zone by number of countries since the creation of the World Trade Organization. Fifty-four of the African Union’s 55 members — Eritrea excluded — have signed on to the idea of creating a single market on the continent.

At a recent hearing on Capitol Hill, experts urged the White House not to miss out on the opportunity, and to back and engage with the new trade bloc.

“The future of African markets, it will be shaped by the cellphone,” Aubrey Hruby, a senior fellow at the Atlantic Council, told members of the Senate Foreign Relations subcommittee on Africa and global health policy.

“This is the mirror of the world of hundreds of millions of young Africans,” she said, waving her smartphone. “And the question is, who is going to shape how this is used, what’s on it, the content of the future? And for me, that is what we should be thinking about.” A woman walks past phone accessories arranged on a wheelbarrow in Balogun market in Nigeria’s commercial capital, Lagos.   © Reuters

The U.S. wants to see those youngsters watching shows on Netflix and downloading songs from Apple Music. Instead, one of the biggest mobile money platforms in Africa is M-Pesa, which is operated by Kenya’s Safaricom and runs on technology provided by China’s Huawei Technologies. Many Africans listen to music through Boomplay, a streaming app owned by Shenzhen-based mobile phone manufacturer Transsion Holdings.

“Our competitors are doing a much better job,” said Florizelle Liser, president and CEO of the Corporate Council on Africa in Washington. But this is the right time to reassess the economic relationship, she said.

“In the next 10 to 20 years, Africa’s importance to world markets will grow significantly in many of the sectors that drive American prosperity, including ICT [information and communications technology], energy, finance, infrastructure and health,” Liser said.

“The COVID pandemic has accelerated existing African efforts to change the continent’s narrative,” she said. “As they look to build back better, African countries are doubling down on integrating their economies, accelerating digitalization efforts, better linking up with shifting global supply chains.”

Landry Signe, a professor at Thunderbird School of Global Management in Arizona and a senior fellow at the Brookings Institution, noted that Africa is expected to be home to 40% of the world’s population by 2100. The AfCFTA offers a “new regional momentum” that the U.S. can build on, he said.

The U.S. missed a chance to access a growth market when Washington left the TPP, now called the Comprehensive and Progressive Agreement for Trans-Pacific Partnership. Former President Donald Trump led the U.S. out of the pact before it took effect, but Biden also has kept his distance from it, unable to change the narrative that joining the Asia-centered trade zone would be bad for American workers. 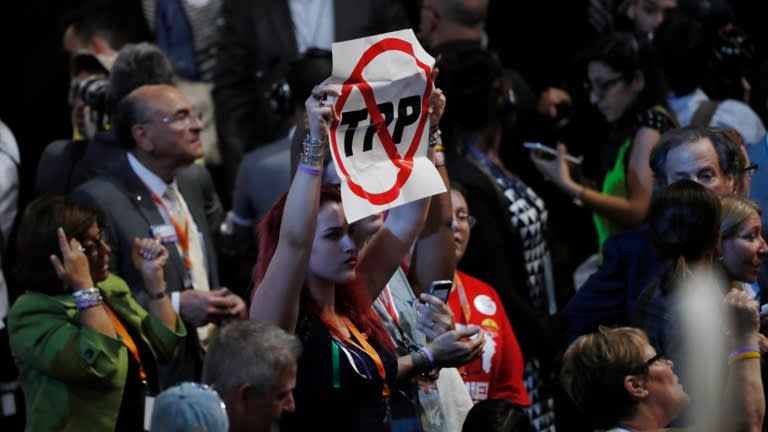 A delegate holds a sign opposing the trade pact Trans-Pacific Partnership during the Democratic National Convention in Philadelphia in July 2016.    © Reuters

On Africa, however, Biden appears keen to build a foothold. The administration plans to reimagine and revive Prosper Africa, an initiative launched by Trump in 2018, as the “centerpiece of U.S. economic and commercial engagement with Africa,” Dana Banks, senior director for Africa at the White House National Security Council, said at the U.S.-Africa Business Summit on July 27.

Hruby told Nikkei Asia in an interview that unlike the TPP, the AfCTFTA does not have a set narrative with the US. public and the administration can start from a clean slate. She also noted the challenge during the Trump years was that his administration sought individual bilateral trade agreements, rather than regional trade pacts. “Biden wants to be engaged in AfCFTA because they want to compete with China,” Hruby said.

Ahead of Nuland’s trip, the U.S. announced it will donate a total of 25 million COVID-19 vaccine doses to 49 African countries.

Though the U.S. trails China on infrastructure investment in Africa, witnesses at the Senate hearing July 28 said there are ways for Washington to gain ground quickly. Hruby said the U.S. could use satellite technology to “leapfrog” some of the telecommunications infrastructure that the likes of Huawei and ZTE have been building in Africa.

“U.S.-targeted support for digitization would help African countries to leapfrog 20th century approaches to moving people, goods and services across borders,” she said in prepared remarks. 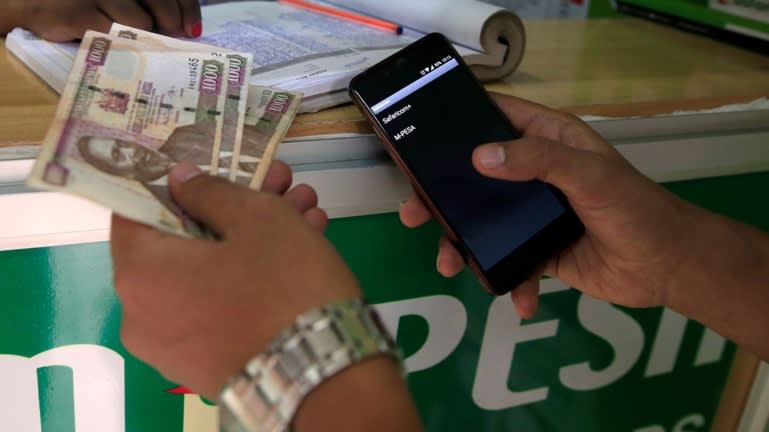 A customer conducts a mobile money transfer, known as M-Pesa, at a Safaricom agent stall in Nairobi, Kenya. M-Pesa is supported by Huawei’s technology.   © Reuters

Liser said African nations are realizing that the lowest-priced bids for infrastructure are not necessarily the best in the long term.

“Maybe you get that road, and, you know, three years later it’s fallen apart, and there has been some experiences of that in Africa,” Liser said. “So if you get quality roads and airports and others that are built, that’s critical.”

“Our companies are probably far more competitive in providing the engineering services and the high technologies — the GPS and so forth — that are needed at airports,” she continued. “The kinds of products that should be used when you’re building roads in Africa, we do that better.”

Hruby and Signe noted that while cheap Chinese smartphones and apps are popular today, Africans in the future may feel uncomfortable using Chinese tech with tracking devices.

“Chinese firms have the lion’s share of the market,” Hruby said in prepared remarks. “Shenzhen-based Transsion, which does not operate in the United States or Europe, dominates the African smartphone space. It holds 40.6% unit share under its three brands [Tecno, Infinix and iTel], ahead of second-place Samsung with roughly 19%.”

“However, as China’s telecommunication infrastructure expands across the continent, there are concerns around built-in Chinese apps, privacy, data protection and overdependence,” she continued.

The U.S. can appeal to young Africans by defending open internet standards and policies, she said.

“In 2019, there were 36 incidents in 19 countries of internet shutdowns lasting longer than seven days,” Hruby noted, citing a report by Access Now. These include eight African nations. 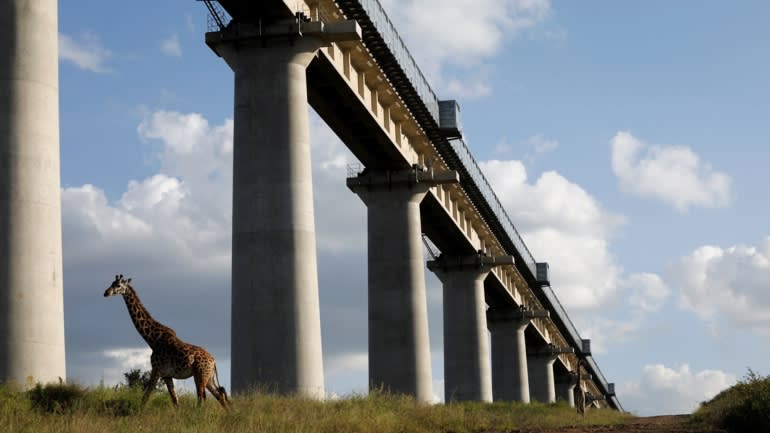 A giraffe walks before crossing under the bridge of the China-built Standard Gauge Railway line inside the Nairobi National Park in Nairobi, Kenya.   © Reuters

“Per Afrobarometer surveys, seven out of 10 Africans support democracy and accountable governance, and approximately two-thirds are opposed to a single party or military government,” he said.

But winning the hearts and minds of Africans will be a long-term battle.

Hruby told lawmakers that 20% of current African leaders, presidents and heads of state studied in the U.S. But “in 2015, we lost out that position of hosting the most English-speaking African students to China.”

“So, 25 years from now, where will they be? Where will they have studied?” she said. “It’s very important to focus on education.”

Explore London: Things to do for kids and families this August