How to watch DC’s Extended Universe movies in chronological order 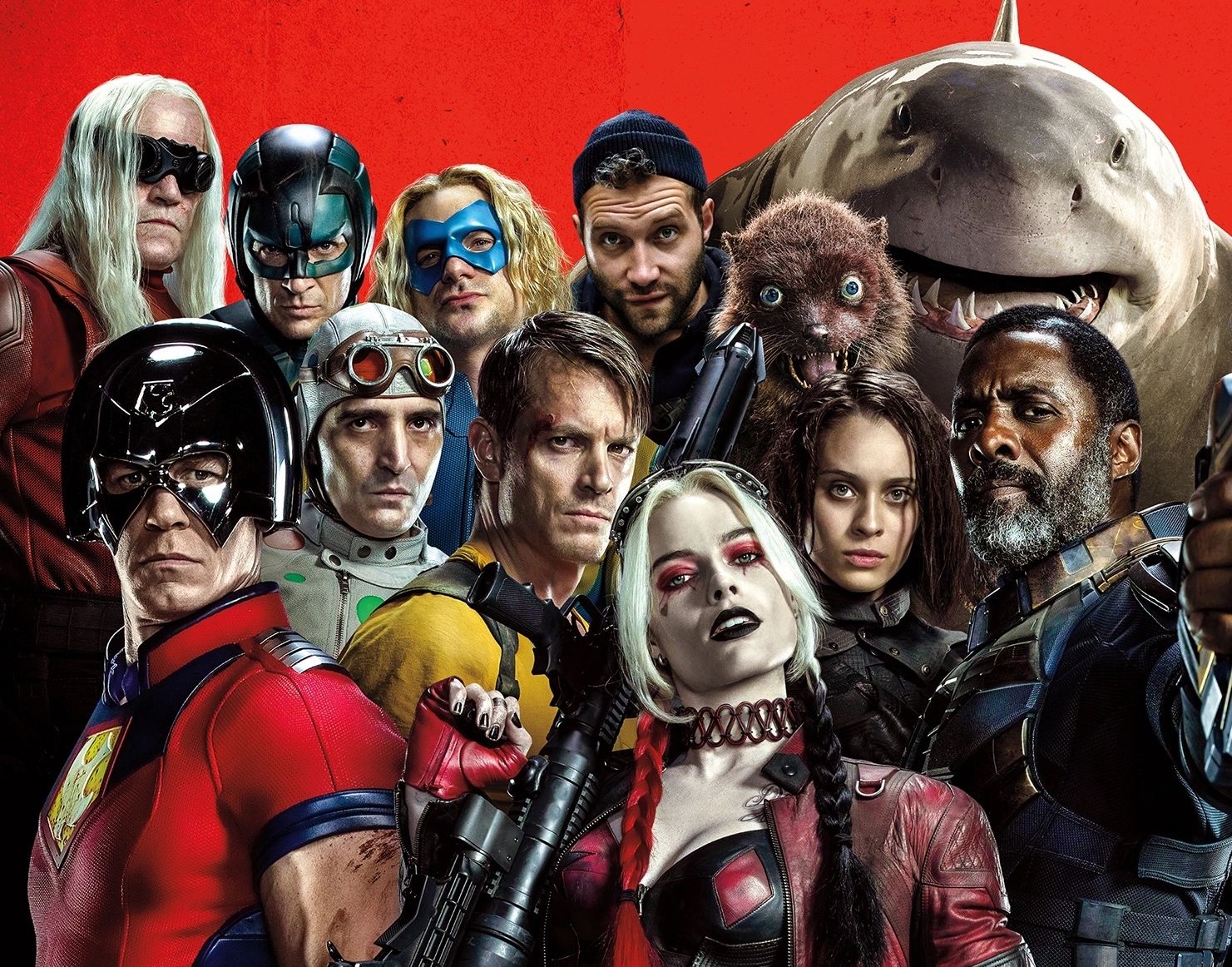 This is because the DCEU, or DC movies, has only 10 films and a non-canon release. And, the Warner Bros. franchise has mostly followed a chronological order of storytelling over the years since the release of the first film in the franchise, Man of Steel (2013).

What is the DC Extended Universe?

It is also noteworthy that two films, starring DC Comics characters that were released after 2013, are not part of the franchise. These are the critically acclaimed Joker (2019) and Robert Pattinson-starrer The Batman (2022).

The franchise also does not include any DC animated movies released to date. Apart from the films, one show, Peacemaker (2022), is part of the franchise.

How successful has the DCEU been compared to MCU?

DCEU films have been far less successful commercially when compared to MCU, which not only vastly surpasses the former in terms of the number of films and shows but is also the most successful franchise of all time having made over USD 25 billion worldwide at the box office so far.

There are eight MCU films which have earned more at the worldwide box office than Aquaman (2018) — the highest-grossing DCEU film. And unlike MCU films, most DCEU films have not been received well by critics. Hopes are, therefore, high for the film’s sequel, Aquaman and the Lost Kingdom, which is set for release in 2023.

How to watch the DC movies in order

One of the ways is to watch the DC Extended Universe movies by release date. This means that Man of Steel (2013) will be the first.

According to the order of release, the DC movies can be watched as below:

The only odd entry on the list is Zack Snyder’s Justice League; that is because it is an expanded retelling of the 2017 film. So, those who wish to watch the films as per their release order can either opt for Justice League or the non-canon Snyder’s cut. Die-hard DC fans and film buffs can watch both to see how, despite essentially being the same story, the two films are different in terms of direction, CGI and character development.

Will there be back-and-forth when watching the movies in this order? Hardly any. Most DC movies might appear disjointed from others. It doesn’t actually make any difference to anyone if Wonder Woman 1984 (2020) is watched last and not after Wonder Woman (2017). This is because despite being a sequel, Wonder Woman 1984 doesn’t appear to be adding to the franchise’s larger scheme of things — if there is any.

However, the chronological order can be a better way to watch DC movies for beginners since it helps understand the origin of some major characters and other crucial details of a wider storyline.

Wonder Woman is the film to start with if you want to watch DC movies in order of their storyline. Set during World War I (1914-1918), it tells the story of Diana Prince (Gal Gadot) who becomes Wonder Woman, to protect humanity from the terror of the Greek god Ares.

Directed by Patty Jenkins, the film shows how Diana was born, raised and trained in combat on the hidden island of Themyscira by the all-women warriors’ race of the Amazons. It follows her journey into the outside world where humans are fighting a bloody war.

While trying to stop the war, she rediscovers the full extent of her powers. She also falls in love with a pilot named Steve Trevor (Chris Pine) on her quest to save the world.

Full of outstanding action sequences and backed by brilliant performances, Wonder Woman is rated 93 percent — the highest rating among all DC Universe films — on Rotten Tomatoes.

The outstanding success of Wonder Woman guaranteed that a sequel to the story of Diana Prince would be among the most-awaited films of 2020. However, expectations certainly differed from reality, at least in the eyes of critics who gave the film a thumbs down.

Jenkins returned to direct Gal Gadot as the superhero once more in Wonder Woman 1984. Set in the 1980s, the film follows Diana as she tries to lead a double life as a museum curator. When an ambitious businessman Maxwell “Max Lord” Lorenzano (Pedro Pascal) unleashes havoc on the world with his newfound wish-granting powers, Diana is forced to step in as Wonder Woman.

Directed by Zack Snyder, the story of Man of Steel was co-written by David S. Goyer and the illustrious Christopher Nolan.

The film is a reboot of the Superman saga. Clark Kent (Henry Cavill) is raised on a small-town farm by his parents, Martha and Jonathan (Kevin Costner). Though he keeps his power hidden from the world, an unexpected invasion of earth by General Zod (Michael Shannon), who is from Clark’s destroyed homeworld of Krypton, forces him to embrace his fate as Superman.

Man of Steel was a huge box office success, despite getting mixed reviews from critics.

Batman V Superman: Dawn of Justice is set after the events of Man of Steel, and is remarkable for a number of firsts.

The plot of the film follows the Caped Crusader, who, in his misleading belief that Superman is an existential threat to humanity, goes on a personal crusade to finish him. On the other hand, brilliant but twisted businessman Lex Luthor (Jesse Eisenberg) forges his own dangerous plan to not only take out the Man of Steel but anyone else in his path.

After the events of Batman V Superman: Dawn of Justice, a US government official, Amanda Waller (Viola Davis), forms a secret task force of extremely dangerous, incarcerated super-villains to bring down an ancient evil known as Enchantress (Cara Delevingne). Additionally, the threat from The Joker (Jared Leto), who is out to rescue his loved one — Harley Quinn (Margot Robbie) — also looms ahead.

Critically panned but commercially successful, Suicide Squad was praised for the performances, especially that of Robbie. Suicide Squad won the Academy Award for Best Achievement in Makeup and Hairstyling and is, therefore, the only film of the franchise with an Oscar.

Bruce Wayne/Batman (Affleck) and Diana Prince/Wonder Woman (Gadot) form a superhero team with Aquaman, Cyborg and the Flash when Steppenwolf (Ciarán Hinds) and his army of Parademons invade Earth. However, when their combined efforts appear to be insufficient, they take a drastic measure to enlist the help of Superman (Cavill).

The sixth film in DC movies by plot order, Justice League was slammed by critics and was a box office disaster. Director Zack Snyder stepped down during the post-production stage, following the death of his daughter, and writer Joss Whedon took on the mantle, though the latter remained uncredited. Whedon made major changes to the film, which led to the version that was released in theatres.

Upon persistent demand from fans, Synder’s version of the film was released on HBO Max in March 2021. The plot of Snyder’s cut is the same as the theatrical release but is four hours long and has both expanded sequences and changes from the theatrical version. Some characters who are not present in Justice League can be seen in Snyder’s version. These include Darkseid (Ray Porter), Martian Manhunter (Harry Lennix) and The Joker (Jared Leto).

It is best to watch Zack Snyder’s Justice League instead of Justice League before one watches Aquaman. This is because the former is better connected in continuity to this film.

After defeating Steppenwolf with the other superheroes, Arthur Curry/Aquaman (Momoa) returns to Atlantis to protect the surface world from an invasion of his scheming half-brother King Orm (Patrick Wilson). However, he needs to find the legendary Trident of Atlan to convince the underwater kingdoms that he is the protector of their realm.

The film was received well by critics and remains the biggest box office success of the franchise, with a worldwide lifetime gross of USD 1.14 million.

How to watch all Marvel Cinematic Universe movies in chronological order

A 14-year-old orphan, Billy Batson (Asher Angel), receives superpowers from a mysterious wizard named Shazam (Djimon Hounsou). All that Batson has to do is utter the name of the wizard, and he transforms into the adult Shazam (Zachary Levi) who has the powers of gods.

Shazam! is a superhero film, which has been praised by critics for having its heart in the right place. The film beautifully captures the struggles of an orphan boy to find his place in the world and his emotional bonding with his adopted family.

As far as its placing in the chronology of the franchise, the film does not show any connection to other films of the series, but a brief appearance of Superman suggests it is set after the events involving the Man of Steel.

Robbie returns as Harley Quinn in this Cathy Yan-directed film. A sequel to Suicide Squad, it follows Quinn’s life after her break-up with the Joker.

The film was received positively by critics but was not a commercial success.

James Gunn, who directed the blockbuster MCU film Guardians of the Galaxy and its equally successful sequel, went behind the camera for this DC movie.

The Suicide Squad is a sequel to Suicide Squad and is not directly connected to Birds of Prey. Robbie and Viola Davis return as Harley Quinn and Amanda Waller, respectively, along with Joel Kinnaman as Rick Flag, but the rest of the main characters are new additions to the franchise. These include Bloodsport (Idris Elba), Peacemaker (John Cena), Polka-Dot Man (David Dastmalchian), Ratcatcher 2 (Daniela Melchior), and King Shark (voiced by Sylvester Stallone).

The new team of supervillains is sent by Waller to the remote, strife-torn island of Corto Maltese with a mission to destroy a secret laboratory, which has a weapon far more diabolical than anyone can imagine.

Like some others in the franchise, the film was a failure at the box office but was a huge success among critics.

How to choose the perfect avocado, and how to ripen it quickly