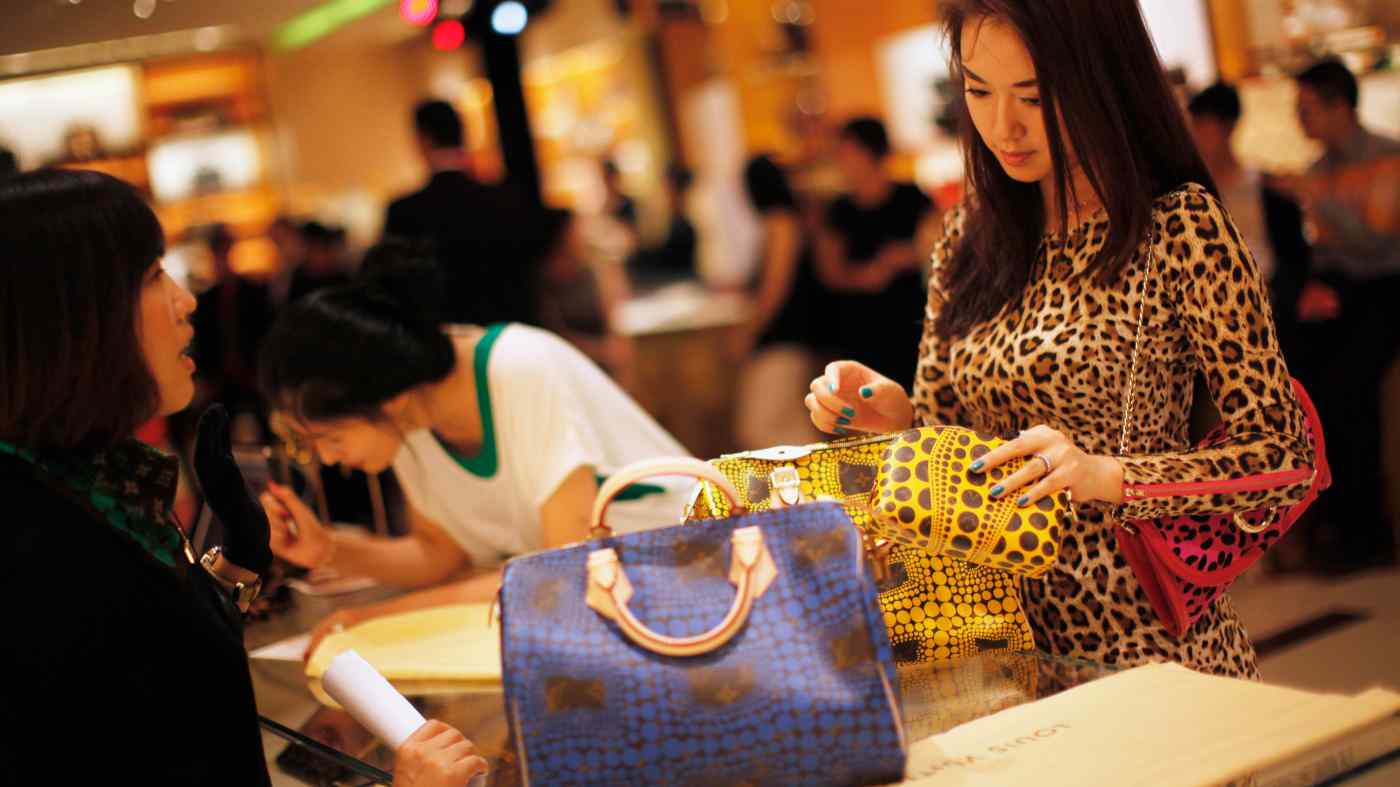 A woman shops at a Louis Vuitton store in Shanghai. China’s wealthy have been major buyers of global luxury brands in recent years.   © Reuters

TOKYO — Luxury brand houses like Hermes and Louis Vuitton have enjoyed an incredible run in China, supported in part by Deng Xiaoping’s “get rich first” policy.

But this is to be no more. Chinese President Xi Jinping has stepped up his call for “common prosperity,” sending shudders through luxury good vendors, which worry that China’s rich will not be able to splurge on $3,000 bags.

The fear was palpable on the stock market last week. Shares of Paris-listed Kering, owner of the Gucci brand, slumped 17%. Switzerland’s Richemont, the company behind such names as Cartier and Piaget, sank 14%. LVMH Moet Hennessy Louis Vuitton and Hermes slid 13% and 8%. Makers of high-end cars were hit as well, with Porsche down 10% and Ferrari 6%.

The catalyst was Xi’s call for “common prosperity” as part of “high-quality economic development” last week at a meeting of the Chinese Communist Party’s Central Committee for Financial and Economic Affairs.

The committee called for adjusting “excessive incomes” and redistributing wealth that has become overly concentrated in the hands of a small number of people.

This has set off speculation that luxury brands are now in the crosshairs of Chinese authorities after clampdowns on the technology and education industries. If the sector becomes a target, the rich may no longer be able to spend as freely on such indulgences.

This concern reverberated in the European stock markets where the makers of these products are listed.

“If redistributing wealth under the mantle of common prosperity results in a large middle class, that would be a positive for the Chinese economy in the medium to long term,” said Naoto Saito, chief researcher at the Daiwa Institute of Research and an expert on the Chinese economy.

Still, “recent efforts by Chinese authorities to bolster regulations have put socialist policies front and center, like an increased focus on state-owned enterprises,” Saito said. China in recent months has been cracking down on lucrative tech companies and on tutoring services, which have led to a surge in education costs in the country.

Demand for luxury goods also took a hit at the height of Xi’s anti-corruption campaign. The idea of common prosperity would likely squeeze the wealth held by China’s top echelons, as would a greater push for social and economic equality.

“It’s still unclear whether this redistribution of wealth will happen at once or in stages,” a source at an asset management company said.

Increased pressure on China’s wealthy could impact Japanese companies as well. Toyota Motor sold roughly 710,000 vehicles under its luxury Lexus brand globally in 2020, down 6% on the year. The Chinese market was critical to easing the blow, with sales there jumping 11% to 225,000 and partly offsetting the drop in North America, Europe and Japan.

Japanese department stores also relied heavily on luxury-brand items sold to tourists from mainland China before the coronavirus spread worldwide. Such spending is unlikely to fully recover even after the pandemic is brought under control.

What else is there on OnlyFans? 5 non-explicit accounts you didn’t know about