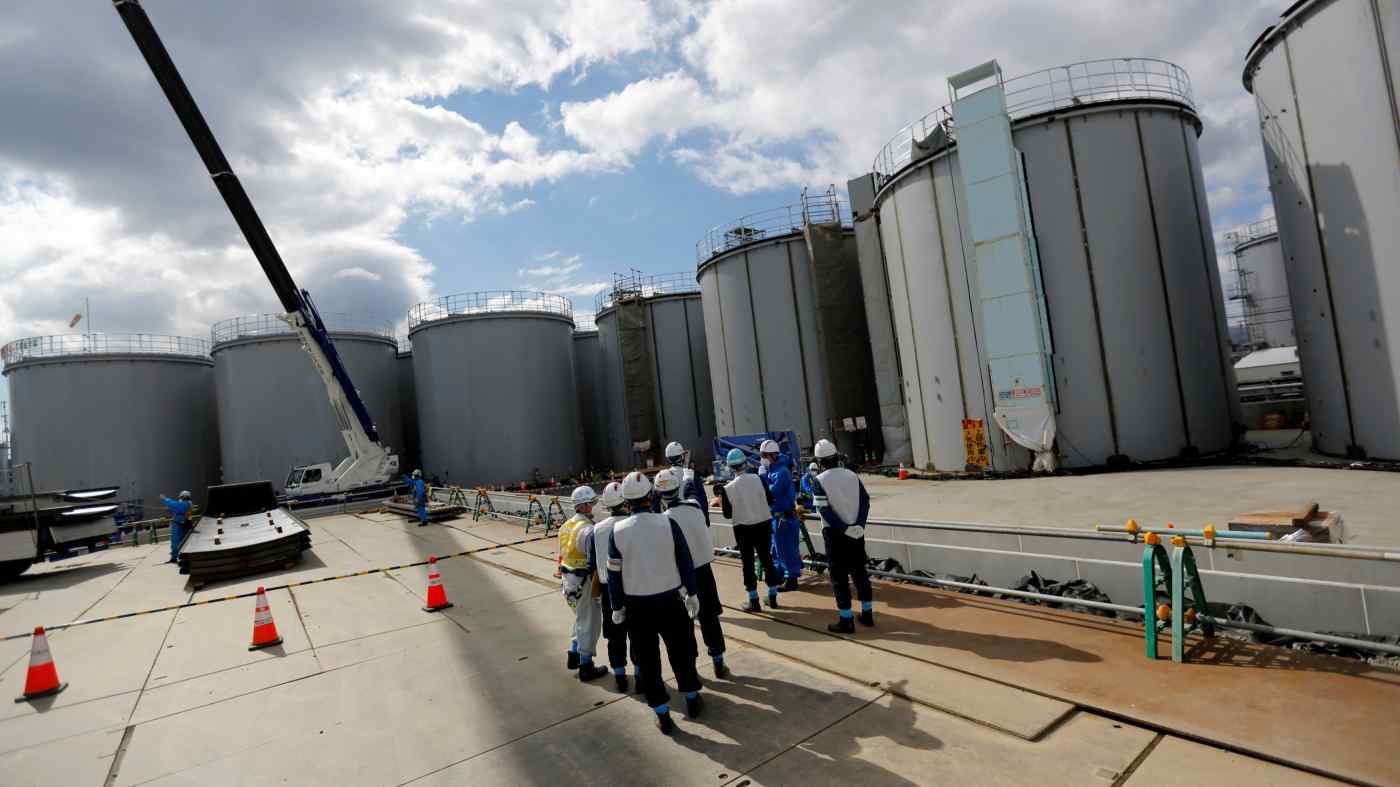 TOKYO — The International Atomic Energy Agency agreed Thursday to monitor on-site the planned release of treated radioactive water into the sea from the Fukushima Daiichi nuclear plant, which suffered meltdowns after the devastating earthquake and tsunami of March 2011.

Plans are to release the wastewater over decades, starting in 2023. Japan expects the IAEA’s involvement to help combat the spread of misinformation.

Kajiyama asked for the IAEA’s cooperation in the review and in communicating information to the public. Grossi pledged to fulfill his agency’s role in an objective and transparent manner.

“We will proceed with strong determination,” Kajiyama said after the meeting.

The government and senior IAEA nuclear safety officials will get the ball rolling with discussions in Japan. A detailed timeline and methods will be finalized before an expert group arrives by the end of the year.

With the coronavirus pandemic still raging, the number of people dispatched to Japan will be limited, and online meetings will be held.

Both sides will run their own quality testing on waters near the release area to determine whether the results match.

The IAEA will closely analyze plans put together by the government and Tokyo Electric Power Co. Holdings, which operated the Fukushima Daiichi plant. The agency will disseminate the review’s findings internationally.