Every year around springtime, Japan’s cherry blossom trees slowly fade from a brittle brown to a soft, fragrant pink that takes over the country. It’s a time when families and friends come together to celebrate renewal and partake in The Japanese Cherry Blossom Festival. The Japanese Cherry Blossom Festival or Sakura celebrates the oncoming of Spring and is one of Japan’s most sought after calendar events reeling in some 2 million people around the world each year. Of the world’s festivals, Sakura ranks right up there with Brazil’s Carnaval, India’s Diwali, Germany’s Oktoberfest and Mexico’s Dia de los Muertos. Dreaming of visiting the Cherry Blossom Festival? Or perhaps you’re adding it to the bucket list? Either way, here’s all you need to know. 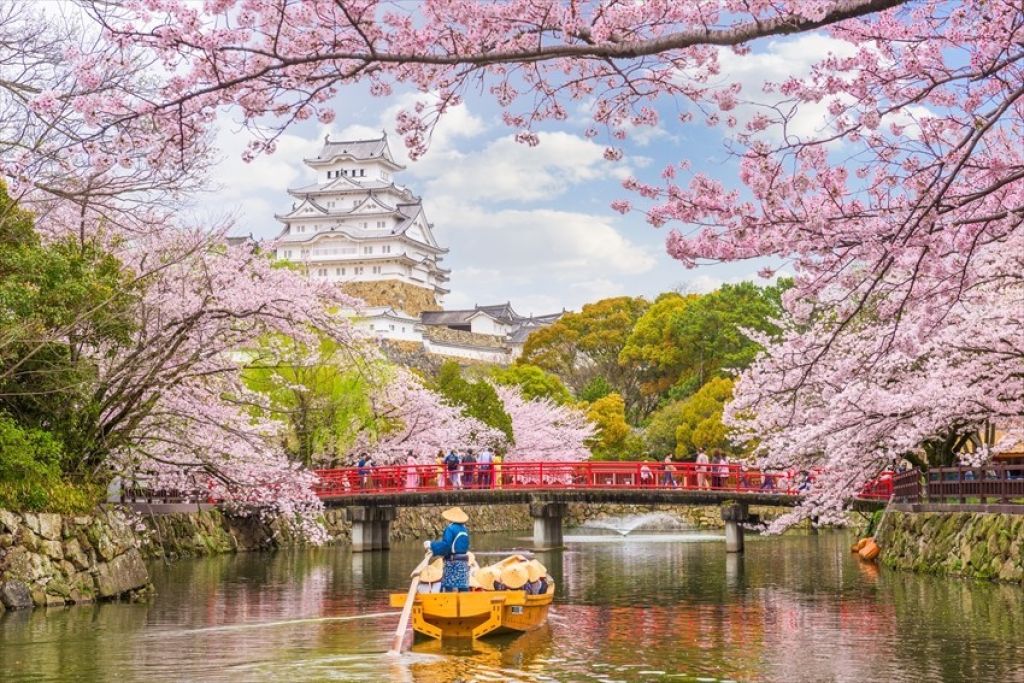 Japan’s very first Cherry Blossom Festival can be traced all the way back to the 8th century. It originally began with the thoughtful viewing of plum blossoms and by the 11th century morphed into a focus on cherry blossoms. During this era of Japanese history, it was a widely held belief that trees contained spirits and because of this, many people would make offerings in their honour. This blossom time was also a symbol that rice-planting could begin and served as a marker for harvesting and sowing.

By far the largest symbolism behind this bloom period is that of renewal and the bittersweet passing of life. Cherry blossoms last only a few weeks in which they bloom and then come to peak beauty before wilting away. Thanks to their spectacular, but short-lived journeys, they are seen as a visual reminder that our lives, too, are fleeting. It’s seen as a reminder to celebrate our own lives here on earth with a passion and appreciation for how delicate and swift it really is.

By the same token, cherry blossoms are also seen as a symbol of rebirth and resilience as they come to life year after year. Strongly tied to Buddhist themes of mindfulness, morality and the human condition, the metaphors for cherry blossoms are timeless. 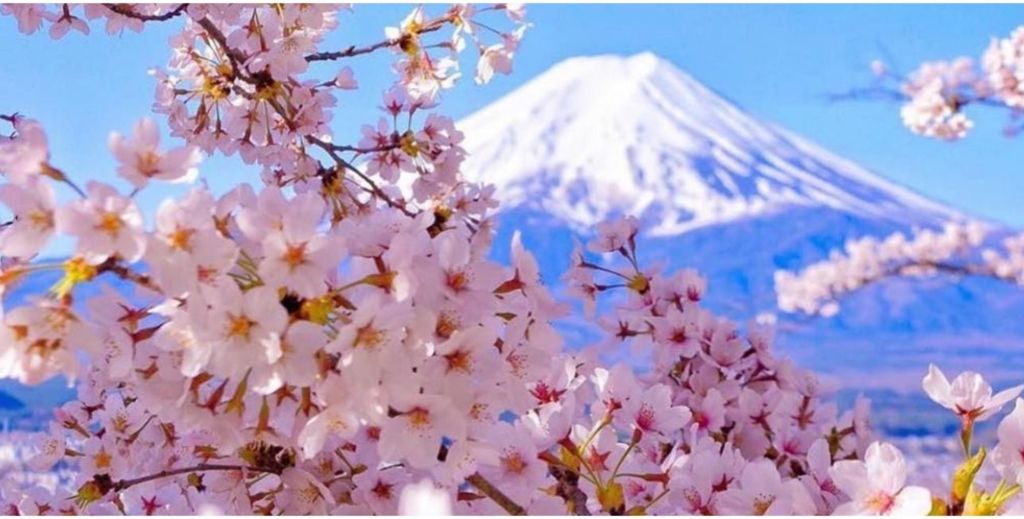 Over the centuries, cherry blossoms have evolved into symbols of fallen warriors. Namely, the samurai who lived by the bushido – a code of honour to protect life’s virtues while also appreciating the inevitability of death which came all too soon for them. During this time, a fallen cherry blossom or petal symbolised the end of their tragically short-lived lives. During World War II, similar themes played out with kamikaze pilots who covered their warplanes with cherry blossom paintings before embarking on missions that had only one outcome.

There’s a word for the admiration of blossoms

Hanami, 花見, literally translates to the appreciation or viewing of blossoms. It’s synonymous with cherry blossom season where countless families dot the parks across Japan to take in the beauty and symbolism of the season under the shade of the cherry blossoms. Known as sakura in Japanese, the pale pink blooms are Japan’s national flower, and deservedly so. In the nearly thousand years since the tradition of hanami began, they’ve become a national symbol and are one of the most iconic emblems of Japanese culture. 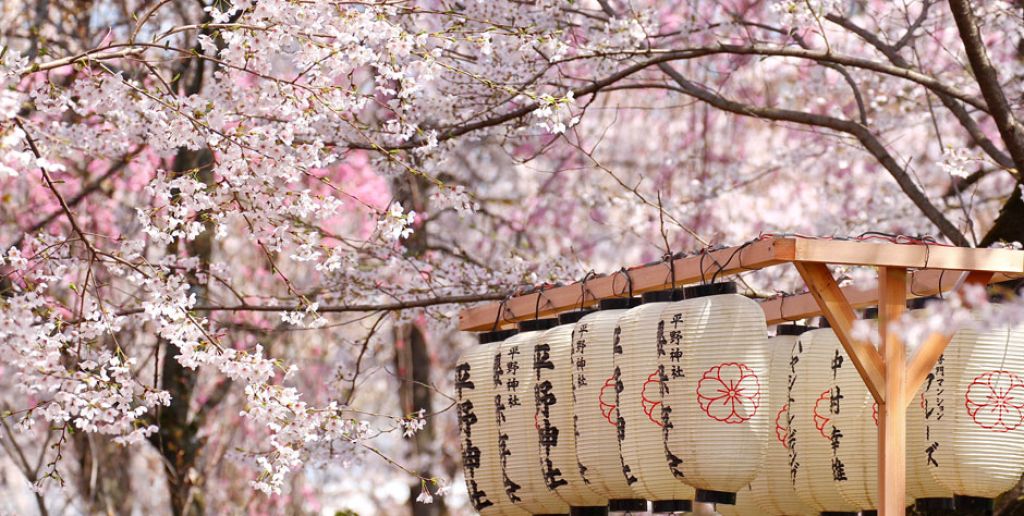 US cherry blossom trees date back to the early 1900s

In the spring of 1912, Mayor Yukio Ozaki of Tokyo gifted the city of DC with Japanese cherry blossom trees to symbolise the growing friendship between Japan and the United States. The then First Lady Helen Herron Taft and the wife of Ozaki, Viscountess Chinda, planted two Yoshino cherry blossom trees on the northern bank of the Potomac Tidal Basin in DC.

The blooms are unpredictable

While cherry blossoms are iconic for the spring debuts, you’re still at the mercy of Mother Nature. April is your best bet for planning on experiencing the blooms in Japan; however, it’s best to keep up to date with the Cherry Blossom Forecast to stay aware of projected bloom dates.

Neither Japan nor Washington DC hold the title for “Cherry Blossom Capital of the World.”

Surprisingly, the bragging rights for “Cherry Blossom Capital of the World” doesn’t belong to the US capital or Japan. Rather, Macon, Georgia. The cosy city in the southern US state is home to 300,000 Yoshino trees, over 90 times the amount of DC. And while these are certainly not native to the region, they’ve become an iconic symbol since the first tree was planted in 1949. Each year the city ignites with a Cherry Blossom Festival lasting from March 19-28.

Top Destinations for the Cherry Blossom Festival in Japan

Typically, the blooms make their debut across the nation anywhere between early February and early May. The earliest blooms appearing in tropical Okinawa in late January; and the latest on the northernmost island of Hokkaido in early May. In the weeks between, tens of thousands of cherry blossom trees come to life in over 1,000 locations; here are the top destinations to experience the best of Sakura.

Chureito Pagoda also known as Fuji Five Lakes is one of the most stunning locations in Japan all year round. But during cherry blossom season, it’s really something special. The Chureito Pagoda offers sweeping views of the magnifcient Mount Fuji and the surrounding landscape blanketed with soft pinks of every shade.

Kakunodate in Akita, once a warrior district samurai families, is famous for its courtyards and countless cherry blossom trees. The area is home to a wide variety of large cherry blossoms imported from Kyoto beginning in the early 1600’s. The trees are said to have been planted by the local samurais who were eager to outperform each other. 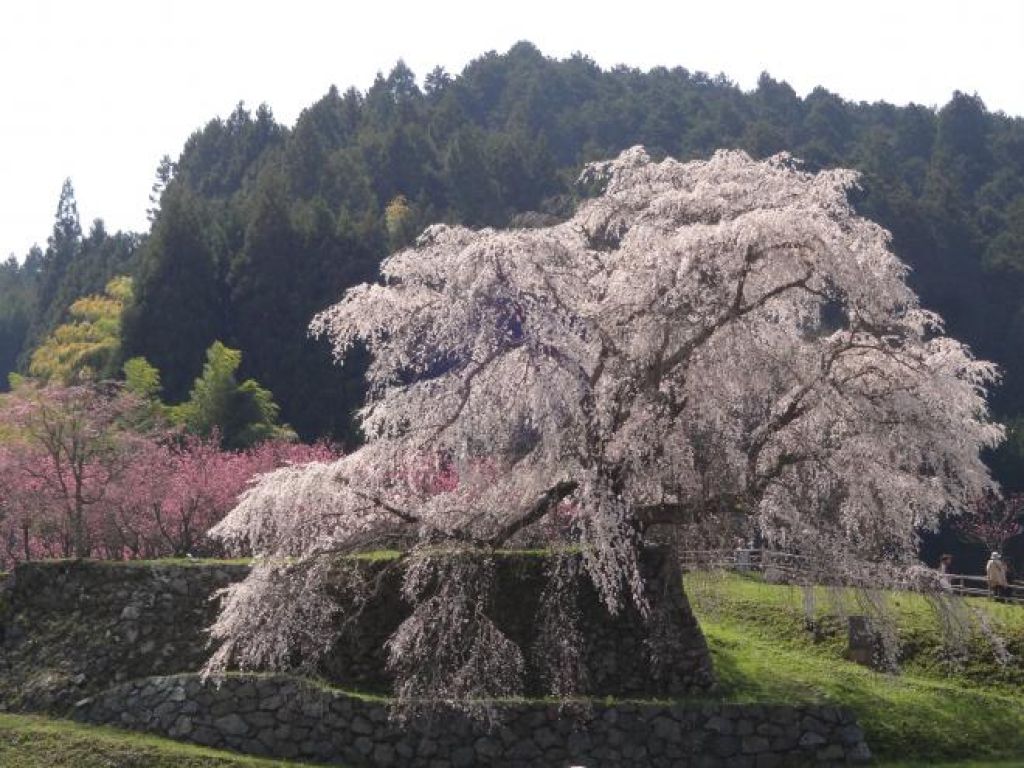 Set in the Nara prefecture, Yoshino is famous for its iconic Mount Yoshino that makes for a stunning spot to view the blossoms across the slopes. The first trees here were planted more than 1,000 years ago; they’ve since grown to over 30,000 that blanket the mountainous landscape. Hirosaki’s Hirosaki Castle Park is home to over 2,500 flowery cherry trees that reel in millions of visitors each year. Perfectly framing the 400-year-old Hirosaki Castle, the pale blooms make for an unforgettable hanami experience that screams Japanese fairytale! 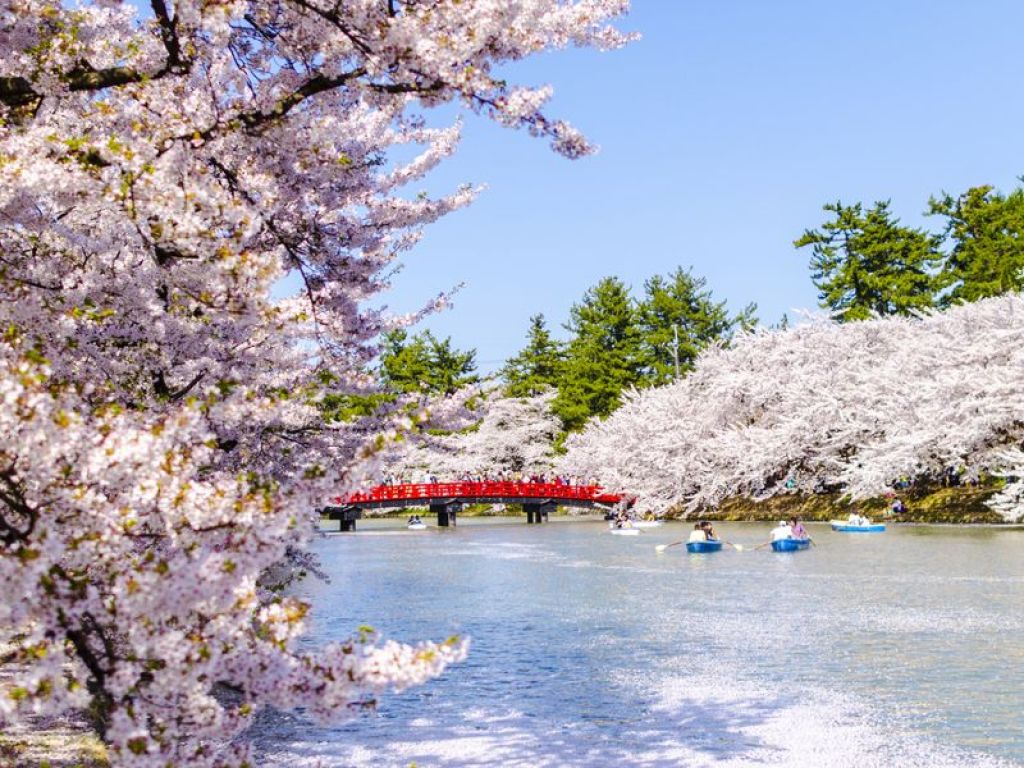 Tokyo’s sprawling Shinjuku Gyoen park is full of lush lawns with the shade of more than a thousand cherry trees. Not only does the park provide a reprieve from the hustle and bustle of Tokyo; but it boasts a huge variety of early and late bloom trees boosting your odds of experiencing peak season.

The post Everything You Ever Wanted to Know About Japan’s Iconic Cherry Blossom Festival appeared first on Big 7 Travel.

The 7 Best Burgers In Cairns