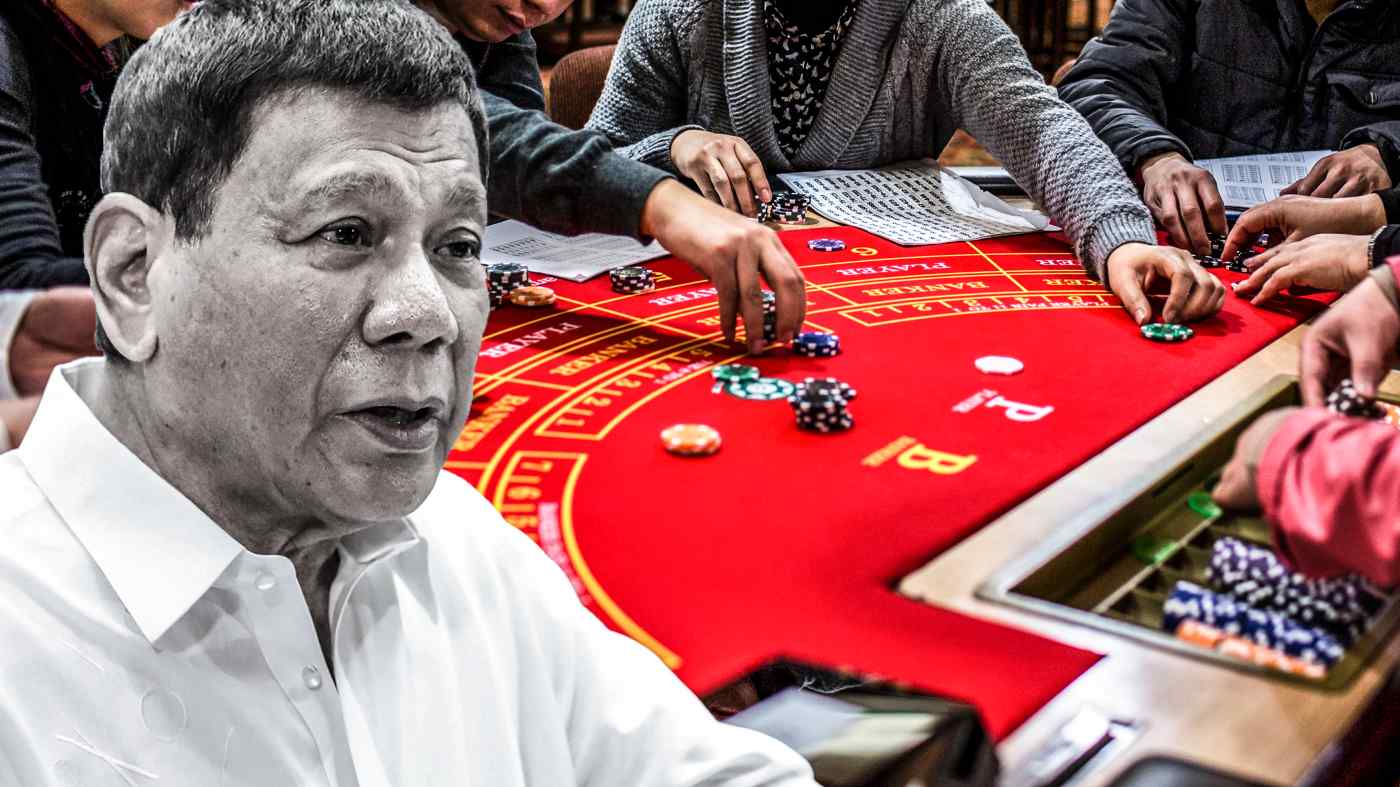 Philippine President Rodrigo Duterte says the government’s need for money amid the pandemic has made it necessary to drop the ban on casinos on Boracay Island. (Source photos by AP and Reuters)

MANILA — Philippine President Rodrigo Duterte said he will allow casinos on the resort island of Boracay in a policy reversal that opens the door for Macao’s Galaxy Entertainment Group and local tycoon Andrew Tan to pursue integrated resort projects there.

In 2018, Duterte banned casinos from being built on the central island, famous for its white sand beaches, following a six-month closure and cleanup project. His decision stalled millions of dollars in potential investments, including Galaxy’s project, which was worth as much as $500 million.

The president, however, made an about-face on Thursday, saying he needs funds to run a government grappling with pandemic-induced economic woes and rising COVID-19 cases.

“Forgive me for the contradiction. We don’t have money now,” the president said in a televised address with some cabinet members. Duterte added he would get money from available sources. “If it’s from gambling, so be it,” he said. 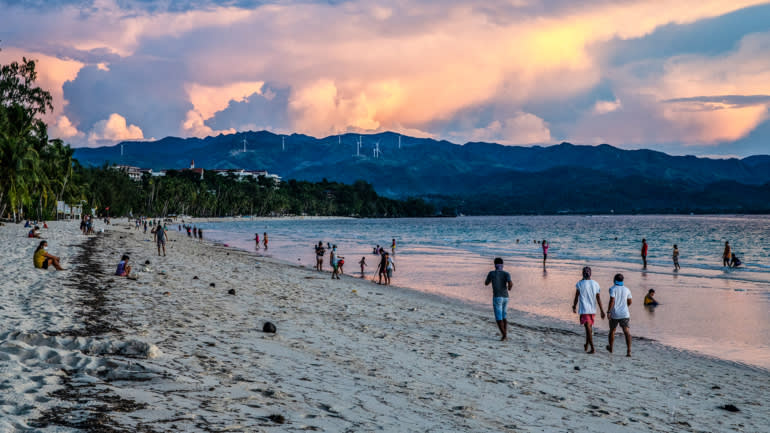 Boracay Island is a central island in the Philippines known for its white sand beaches.    © Getty Images

Galaxy and Tan’s Alliance Global Group — which partly owns Resorts World Manila — hold “provisional licenses” for Boracay, but both were suspended after Duterte’s ban, according to Andrea Domingo, chairwoman and CEO of industry regulator Philippine Amusement and Gaming Corp. (PAGCOR).

When asked if the suspensions would be lifted, Domingo told Nikkei Asia, “When they formally apply for the lifting, yes.”

Alliance Global Chairman Tan said his group “will proceed with our casino project in Boracay Newcoast.”

“We already have several hotels there, and we are still building more. There is also a golf course, the only one in the entire Boracay Island,” the tycoon said in a statement to Nikkei. “We are very hopeful that the tourism industry in this island will recover fast after the pandemic.”

Galaxy, which still included a Philippine subsidiary for the Boracay project in its latest annual report, did not immediately respond to request for comment.

Galaxy’s Philippine partner, Leisure and Resorts World, said in 2019 that talks with the Hong Kong-listed gaming group had stopped due to Duterte’s ban. Shares of Leisure and Resorts rallied 14% on Friday morning following the news about the president’s remarks.

Duterte’s policy change comes amid a sharp fall in revenue from integrated resorts in Manila due to prolonged lockdowns and travel restrictions. Philippine-based online casinos reliant on Chinese and other foreign workers have also been hit by the travel restrictions, while some have left due to fears of higher taxes.

Gambling is a thorny issue in the Philippines, partly due to the opposition of the Catholic Church. In 2016, millions of dollars stolen from Bangladesh Bank’s account in the Federal Reserve Bank of New York were laundered in Philippine casinos, prompting tighter dirty money regulations that covered casinos.

Rocket blast in Kabul after US warns of more terror attacks