…in light of yesterday’s news – which ought to have been emblazoned across your front page in three inch block letters but mysteriously wasn’t – that the war criminals have won, and the courageous man who brought us the truth about them has lost, would any of the following, all in your employ, care to comment? 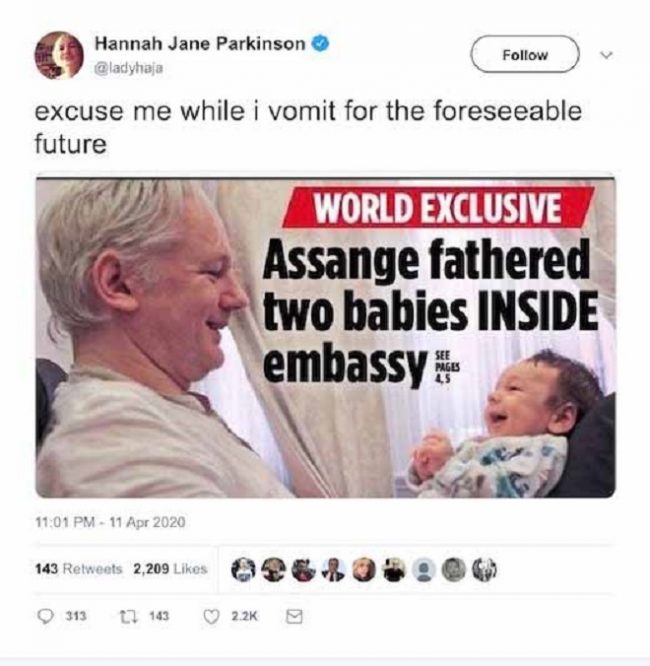 I realise of course that you have many others on your payroll, columnists even more fulsome in their trashing of this man. It’s just that the views of those I single out – darlings of an identity politics obsessed ‘woke’ and/or, in the cases of George and Owen, the fuzzier end of socialism – carried more weight with a credulous liberal intelligentsia which duly turned its collective and politically correct back on his merciless ordeal.

Do these six have what it takes, I wonder, to show a tiny fraction of the courage the man they so vilely traduced has shown, and come out with an unqualified mea culpa?

Well it was worth a shot, I guess …