The damaged Mountain B pub in Sattahip district of Thailand’s eastern province of Chon Buri, where 14 people were killed and dozens of others injured in a fire last night, has been found to have been modified illegally and had operated beyond the permissible hours, according to Provincial Police Commander Pol Maj-Gen Attasit Kitjaharn.

He said that the pub owner was granted permission to operate as a restaurant, where liquor could be served to its customers, but it was modified into a pub without a permission.

He also said that most customers were unaware that there were back and side doors and that only employees were aware of their existence. The back door was blocked and the side door was locked all the time.

The only way in and out of the pub was through the front entrance, he added.

The police commander explained that a restaurant can operate until midnight, but the blaze took place at about 12.45am.

Compensation was granted today to the families of 5 of the 13 who died and who were covered by the social security scheme. 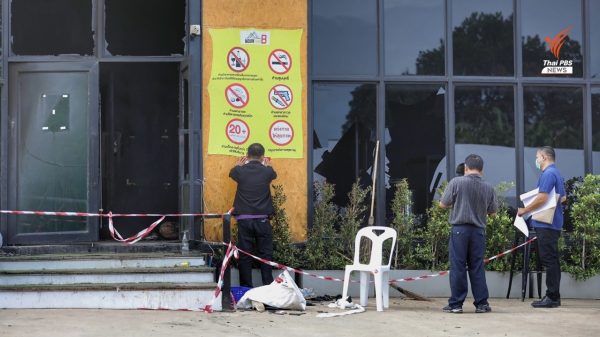 Meanwhile, Sattahip district Chief Chatchai Sripoon has been transferred to another position within the Department of Provincial Administration.

The transfer order takes immediate effect and remains in force until further notice.

Although it did not mention the fatal pub fire specifically, it is widely understood that the transfer is related to the incident and it is standard practice in the Thai government bureaucracy to transfer local officials in charge to other posts, often “inactive”, as a punishment, following grave mistakes or complaints.

The post Deadly Chonburi pub found to be illegally modified, operated after allowed hours first appeared on Thai PBS World : The latest Thai news in English, News Headlines, World News and News Broadcasts in both Thai and English. We bring Thailand to the world.

Do brands have a place on a social platform that tries to stay out of your life?