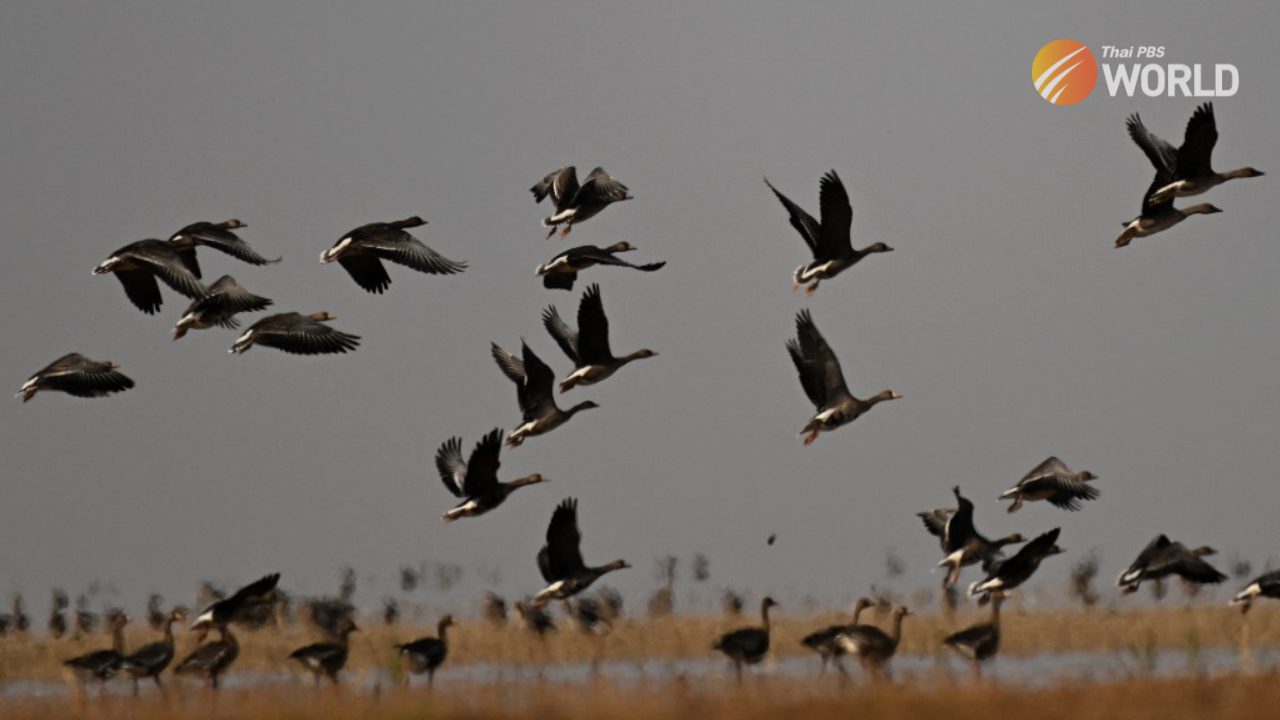 Spooked by a historic drought, local authorities in China have renewed controversial plans to dam the country’s biggest freshwater lake.

But environmentalists warn damming Poyang Lake, a winter stopover for over half a million birds, would threaten the fragile ecosystem and the endangered birds and other wildlife it supports.

China is currently chairing UN biodiversity talks in Montreal, billed as the “last best chance” to save the planet’s species and their habitats from irreversible human destruction.

The Poyang dam, which is slowly recovering after shrinking to less than a third of its usual size, shows how fraught such efforts are in China.

Conservationist Zhang Daqian said that if realised, the 3,000-metre-long sluice gate across one of the lake’s channels would cut it off from the river Yangtze, “leaving Poyang a dead lake”.

China has built more than 50,000 dams in the Yangtze basin in the past 70 years — including the Three Gorges, which came in the face of widespread opposition from environmentalists.

Over the same period at least 70 percent of the river’s wetlands have vanished, according to data from the environment ministry.

When the project was initially proposed, complaints from ecologists succeeded in shelving it.

But the looming spectre of droughts – which are becoming ever more frequent and severe in the area thanks to climate change – has altered the calculus.

In a normal wet season, Poyang can be three times the size of Los Angeles.

Its mud flats are the primary winter feeding grounds for hundreds of thousands of birds flying south to escape the chill every autumn.

They include the critically endangered Siberian crane, the population of which has shrunk to about 4,000.

This year’s drought was the worst in 70 years, with the region entering the dry season three months sooner than usual.

Still, hundreds of birds were gathering at small pools of water left on the cracked riverbed when AFP visited a reserve in Yongxiu County in early November.

“But there are no fish or shrimp for them to eat. Many birds flock to nearby fields and farmers have been told to leave a bit of their paddy unharvested for the birds,” Chen said.

Officials have pumped water from nearby reservoirs to form small butterfly-shaped watering holes for the birds.

“There are no conflicts (between residents and birds), because migratory birds are nationally-protected animals, and people will not harm them,” He Fangjin, an employee at another wetland park, told AFP.

At nearby Zhupao Hill, a popular bird-watching spot, about 90,000 migratory birds were spotted from October to early December, up from about 62,000 birds in the same period last year.

It’s not clear what stage of development the dam is currently in, and neither local authorities nor the environment ministry responded to questions put to them by AFP.

But were they to go ahead, the sluice gate would disrupt the lake’s natural ebb and flow with the Yangtze, potentially threatening the tidal flats the birds feed on, said Lu Xixi, a geography professor at the National University of Singapore.

Losing its natural water circulation could also hurt Poyang’s ability to flush out nutrients, risking an algae build-up that could disrupt the food chain, Lu added.

The dam could also affect another critically endangered species that calls the lake its home — the Yangtze finless porpoise. There are just over 1,000 left in the wild.

During the drought, the porpoises took refuge in the same channel the dam would cut off, a ranger from the Beijing Environmental Protection Prairie League, who has patrolled the lake for over a month, told AFP.

Beijing-based Friends of Nature said the dam EIA failed to do a comprehensive evaluation of whether the porpoises’ migration would be blocked.

“Without comprehensive scientific evidence and before eliminating the environmental risks, the project should not be pushed forward,” the group said in a statement.