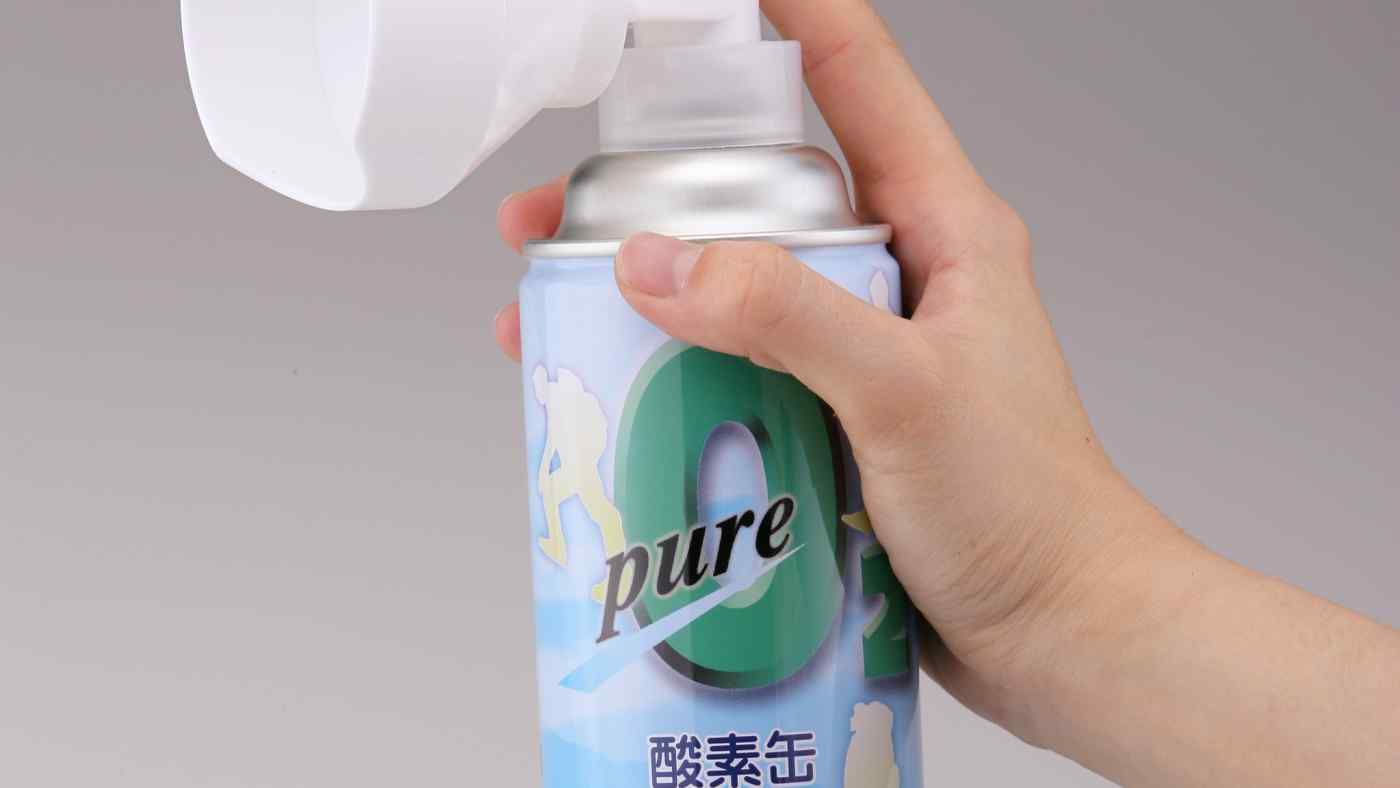 The price of canned oxygen on Amazon.com’s Japanese site more than tripled to $25 last month.

TOKYO — Prices for canned oxygen have skyrocketed in Japan, especially online, amid last month’s surge in coronavirus cases, despite warnings from medical experts that it cannot be used to treat COVID-19 symptoms.

Canned oxygen is a recreational product used by athletes, mountain climbers and others as a portable supplement after heavy exertion. A container holding around five liters normally costs 700 yen to 900 yen ($6 to $8), manufacturer Iwatani says.

But prices on third-party and individual listings at Amazon.com’s Japanese site began climbing last month. The average cost more than tripled to 2,750 yen on Aug. 19 from about 840 yen on Aug. 1, though it has since fallen to 1,680 yen.

The monthly number of listings for canned oxygen on Yahoo Auctions topped 170 as of Aug. 27, eight times the typical tally from July and earlier. Many were priced above the manufacturer’s suggested retail price.

Demand at physical stores has jumped as well. Units sold per 1,000 customers were 10 times higher over the week through Aug. 22 than in the preceding months, Nikkei point-of-sale data from retailers nationwide shows.

“It started flying off the shelves” at the end of the Bon holiday period last month, an employee at a Tokyo drugstore said. “The store didn’t carry much to begin with, and we’re not about to get it back in stock.”

Oxygen therapy is frequently needed for people suffering from severe coronavirus symptoms. It is usually administered via equipment such as an oxygen concentrator that can provide a sustained flow.

“Treating low blood oxygen levels caused by the coronavirus requires large amounts of oxygen,” said Yu Kurahara, a doctor at Kinki-Chuo Chest Medical Center in Osaka. “Patients need to continuously breathe oxygen from a concentrator. It’s hard to [treat it] with canned oxygen that runs out after a few uses.”

Iwatani says its products are “not intended to prevent or treat illness” and that it cannot vouch for their effectiveness in a medical context.

As cases surge in Japan, so have the number of homebound patients. Social media are filled with posts from those stocking up on canned oxygen “just in case,” potentially fueling misconceptions that it can be used for COVID-19 patients at home.

A post on the Yahoo Auctions website Aug. 26 said the platform had seen exorbitant listings and bids for canned oxygen. It urged customers to act calmly and based their actions on accurate information.

Flea market app Mercari on Wednesday banned listings of canned oxygen and oxygen concentrators for home use. Rakuten announced a similar ban Thursday on its Rakuma marketplace platform, saying growing demand could divert supply from those who really need it.

“Online marketplaces can serve as a platform for information,” Keio University professor Toyotaka Sakai said. “Part of their service should be warning people against making purchases based on wrong information.”