TOKYO — A business trip that was supposed to take days instead lasts months, or overseas assignments that end up being remote work that spans continents. These are just some of the new ways executives and staff have adapted in the post-pandemic era.

But with these new work arrangements come unexpected taxation risks, making it even more important than ever for businesses to be fully aware of codes not only in the country of the parent company, but also of the countries where offshore subsidiaries reside.

EY Japan’s tax unit has been flooded with questions about the changes since the spring, with many centered on the tax ramifications of employees who have returned from overseas and continue to do local work in Japan. The lawyers at Tokyo-based Ernst & Young Tax have had consultations with more than 100 companies.

Many companies that had sent employees to subsidiaries in Southeast Asia, Europe and the U.S. have brought them back to Japan as countries closed borders during the pandemic. As remote work has become more widespread, employees in many instances have returned to Japan while continuing to work for the overseas subsidiaries.

However, if an employee works for an overseas subsidiary while living in Japan, tax must be withheld on such benefits as payments to help staff keep their homes while overseas. These were originally paid by the Japanese parent company. The National Tax Agency published an FAQ in 2020 clearly stating that withholding tax was required.

Few companies are fully aware of these provisions. In an EY survey of about 120 companies conducted in November, including large corporations, less than 30% said they had withheld tax.

“We were not aware of the requirement to withhold tax for those temporarily returning to Japan,” said one manufacturer, echoing the response of many others. “We expected there would be special provisions because of the pandemic.”

If companies do not withhold tax, they could be cited by the National Tax Agency in an audit. 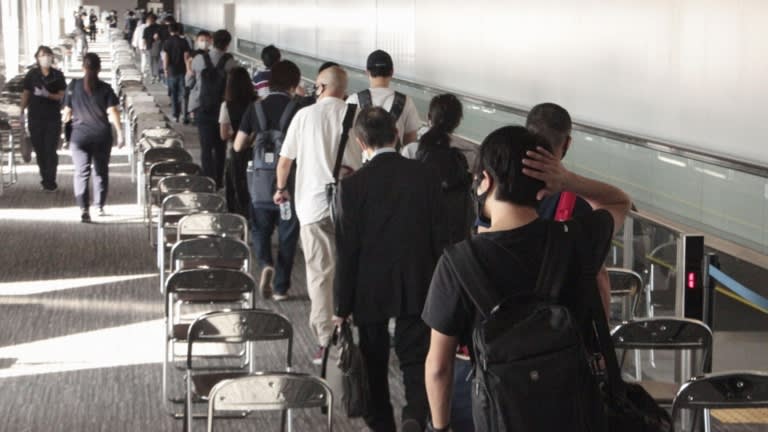 In spring 2020, an executive at a Japanese manufacturer with facilities in Southeast Asia was unable to return to Japan from a business trip because of the pandemic. The executive’s stay in Southeast Asia ended up lasting more than six months. For extended stays, the local tax authorities could levy corporate tax, characterizing their activities as the business operations of a permanent establishment of a Japanese company.

Although permanent establishments are places of business, activities by proxy workers and regular employees could be subject to PE taxation. A PE presence is a major indicator of a foreign company’s taxation relationship with local authorities.

For example, a Japanese company doing business in another country will not be taxed by local authorities if it does not have a permanent establishment there. The principle of “no PE, no tax” is an international rule.

In Southeast Asia and elsewhere, the possibility of being designated as a PE increases when executives of foreign companies stay for long periods to engage in business. If recognized as a PE, the risk would increase that local authorities would levy corporate tax on the profits generated by the activities of these executives. In the case of the stranded Japanese executive, a reassignment to a local subsidiary in the middle of the trip removed the risk of taxation.

In this case, the Japanese head office could be characterized as paying the president’s salary on behalf of the overseas subsidiary. Japanese tax authorities could designate this a “contribution from the head office to a subsidiary.” However, if the overseas subsidiary were to pay the president’s salary, issues with income tax could arise with local tax authorities. The company is still considering how to address the situation.

“80% of cross-border tax risks can be clarified in advance,” said Kazumi Hirai, partner at Ernst & Young Tax. “It is important that the head office take the lead in developing a basic policy for addressing these issues on a global basis.”

“Awareness of the issues that can crop up allows for avoiding unforeseen circumstances or confusion, even when dealing with different countries or a change in situation midcourse,” Hirai added.

“Japan’s withholding tax system is placing a heavy burden on companies as working styles and transactions become more complex,” said Hiroyuki Kimura, an expert on international taxation who previously worked at the National Tax Agency. While acknowledging that the role of the system is to efficiently collect taxes, Kimura said, “It may be necessary to implement mitigating measures, like granting partial immunity in cases where companies take the appropriate steps but still make mistakes.”