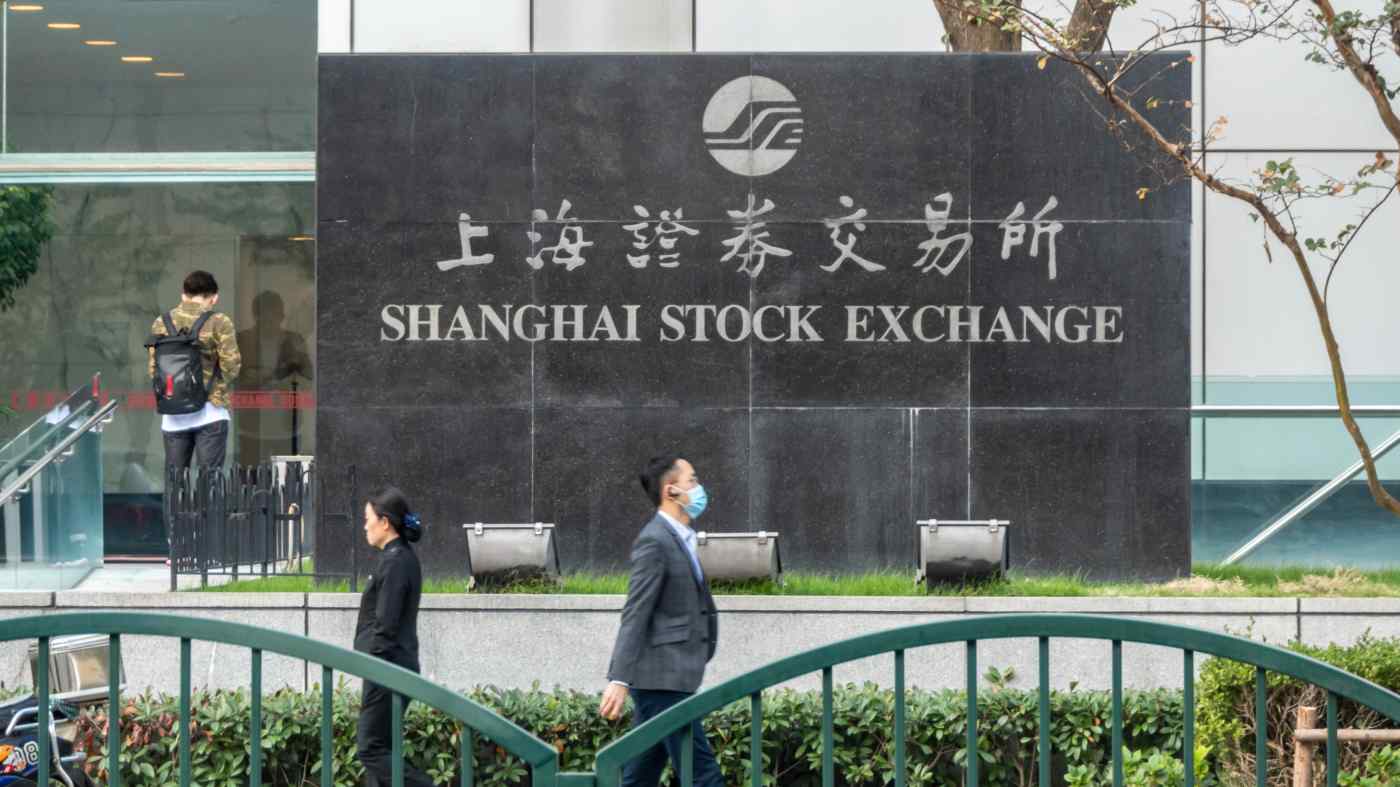 Shanghai’s IPO market has remained active in recent weeks even as Hong Kong and New York have gone quiet.    © AP

HONG KONG — Chinese regulators have frozen more than 40 other IPOs in addition to that of BYD Semiconductor amid a widening investigation into service providers involved with the share sales.

The newspaper reported on Monday that 42 initial public offerings on the Shanghai Stock Exchange’s STAR Market or the Shenzhen Stock Exchange’s ChiNext board involving these service companies had been halted, though it did not say what sparked the probe or what investigators are looking into.

The three markets have long been the world’s busiest for IPOs, with Chinese companies driving a major portion of activity in each. However, offshore Chinese IPOs have largely been paused since Beijing rolled out new controls on such share sales in July in the wake of Didi Global’s $4.4 billion New York offering, which some officials had sought to delay.

Some of the new controls relate to data security for technology companies, a sector facing broad scrutiny from Beijing which has wiped out over $1 trillion of market valuation among already-listed companies in recent months.

Some market observers still expect the IPO of the automotive microchip arm of electric carmaker BYD to move ahead later. The company was seeking up to 2.68 billion yuan.

A venture capital fund manager said the offering could be delayed by several months while the company sorts out issues and updates its paperwork, with other halted offerings facing similar delays.

“Probably most or all of the companies will certainly still go public if problems are with service firms, not the companies themselves,” said Peter Fuhrman, chief executive of advisory China First Capital in Shenzhen.

The STAR Market and ChiNext use a “registration” system for IPOs that is intended to be more transparent and quicker than the preapproval system used on the main boards of each exchange.

While the registration system has led to a surge in new listings, the flow has slowed amid tightened controls since the last-minute suspension of Ant Group’s $35 billion IPO, which was shaping up to be the world’s largest, last November.

IPO volumes in the mainland have reached $48 billion so far this year compared with $41.5 billion over the same period last year, according to data compiled by Dealogic. Offerings on the STAR Market have raised $15.3 billion, 36% less than last year, however.

The STAR Market and ChiNext last Friday each issued proposed amendments to their listing rules to enable institutional investors to make higher bids and strengthen supervision of the issuance and underwriting process. Market participants have until Sept. 5 to respond to the proposals.