MOSCOW — A large-scale joint counterterrorism exercise in northwestern China this week has highlighted Beijing’s and Moscow’s shared concern over violence spilling over from Afghanistan.

Often regarded as economic rivals in Central Asia, the prospect of extremist groups gaining a foothold on their doorsteps is bringing China and Russia closer together, experts say. Some suggest that a Central Asian security crisis could even prompt joint military intervention, though others suspect such a partnership might quickly revert to competition.

Over 10,000 troops from both countries are currently deployed to China’s Ningxia Hui Autonomous Region, along with a large number of artillery pieces, aircraft and armored vehicles. As part of the exercise, Chinese and Russian soldiers are rehearsing firing thousands of artillery shells at enemy targets, sending a fighter jet squadron on a joint bombing mission and launching a ground assault against hostile positions.

A statement issued by the Russian Ministry of Defense emphasized that the exercise “demonstrated the determination and ability of Russia and China to fight terrorism, and jointly protect peace and stability in the region.”

The drills come amid a Taliban offensive in northern Afghanistan that has seen the group capture at least nine provincial capitals over the past week. The Taliban have made significant territorial gains since the U.S. began withdrawing its troops from the country in May. According to some estimates, the Taliban now control over half of Afghanistan’s 400 districts, more than double what they held just a few months ago. 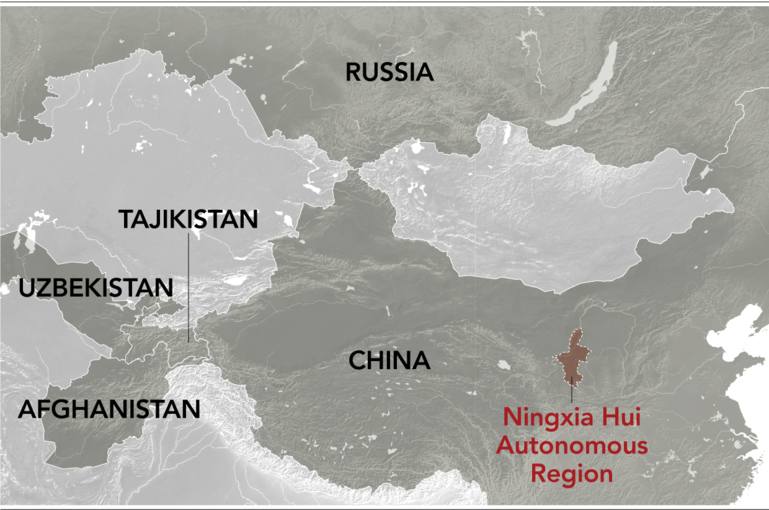 The worry in Beijing and Moscow is that the violence could soon reach other Central Asian countries. In another sign of growing alarm this week, Russia has also been conducting joint exercises with Uzbekistan and Tajikistan near the Tajik-Afghan border. Russian media on Wednesday said Taliban militants have seized control of Afghanistan’s borders with the two Central Asian states, citing Defense Minister Sergei Shoigu, Reuters reported.

Both China and Russia have significant economic interests in Central Asia: Russia has actively recruited regional states for its Eurasian Economic Union trade bloc, while China has heavily invested in infrastructure projects in the region as part of its Belt and Road Initiative. But while they both want influence, the crisis in Afghanistan is pushing any disagreements to the side, according to Vasily Kashin, a senior research fellow at the Russian Academy of Sciences’ Institute of Far Eastern Studies.

“Russia and China have a common interest in regional stability which outweighs any economic consideration,” he said. “Neither country wants to see Central Asia become destabilized or have the United States establish a military presence there.”

On July 28, Chinese Defense Minister Wei Fenghe met with his Russian counterpart Shoigu in Dushanbe, Tajikistan, to discuss the changing conditions in Afghanistan and Central Asia. The two defense ministers vowed to coordinate their efforts “to maintain regional peace and stability.”

Following the current round of drills this week, Moscow and Beijing will hold another counterterrorism exercise in mid-September in Russia’s Orenburg region. The next round will feature over 4,000 troops and is set to take place under the auspices of the Shanghai Cooperation Organization, a Eurasian security alliance led by the two powers. Chinese and Russian soldiers confer during their joint training.   © Xinhua/Kyodo

If the situation in Afghanistan continues to worsen, however, Kashin said Beijing and Moscow may start exploring more drastic action. He said that if Afghanistan turns into a launching pad for attacks into Central Asia, then China and Russia could very well launch a joint military intervention to eliminate that threat.

“If it becomes necessary to stabilize Afghanistan or the neighboring territories, then we will see the formation of a coalition under the leadership of Russia and China,” he predicted. “No one will want to act alone under such difficult circumstances.”

Kashin argued that in the event of a Central Asian crisis, China and Russia would have little choice but to rely on each other. On one hand, the Russian armed forces could help compensate for the Chinese People’s Liberation Army’s lack of recent battlefield experience. At the same time, China could help Russia cover the financial costs of a major military campaign.

The two militaries already have some experience working together. China and Russia have conducted regular joint land, sea and air exercises since 2005. Many of these drills have centered on scenarios in which Chinese and Russian troops staged a mock invasion of a territory captured by terrorists.

That experience could prove decisive in the event that Moscow and Beijing decide to launch a joint operation in Central Asia, said Viktor Murakhovsky, editor-in-chief of the influential Russian defense journal Arsenal of the Fatherland.

Murakhovsky explained that years of training had provided Chinese and Russian forces with ample experience of working together in coalition groupings — military formations in which one country’s troops operate under another’s command staff.

Yet, despite the strong political and military synergy between Beijing and Moscow, some experts caution that the two sides could run into serious disagreements as the situation in Afghanistan continues to unfold.

Andrei Serenko, head of the Center for the Study of Modern Afghanistan, said that for the time being, neither the Taliban nor the government in Kabul was in a position to attain a decisive military victory. Such an unstable balance of power in Afghanistan, he argued, is conducive to cooperation between China and Russia since it presents both countries with an imminent threat: the creation of a sanctuary for extremist groups looking to target Central Asia.

“But if at some point in the near future that dynamic changes — for example, if one of the sides appears on the brink of victory or a new external actor enters the conflict — then we could see a battle for influence within Afghanistan in which Russia and China find themselves backing different factions,” Serenko said.

“Under that scenario, we could very well see a situation where Moscow and Beijing become competitors, if not rivals in a political game in Afghanistan.”