Cambodia drawn ever closer to China a year after EU sanctions 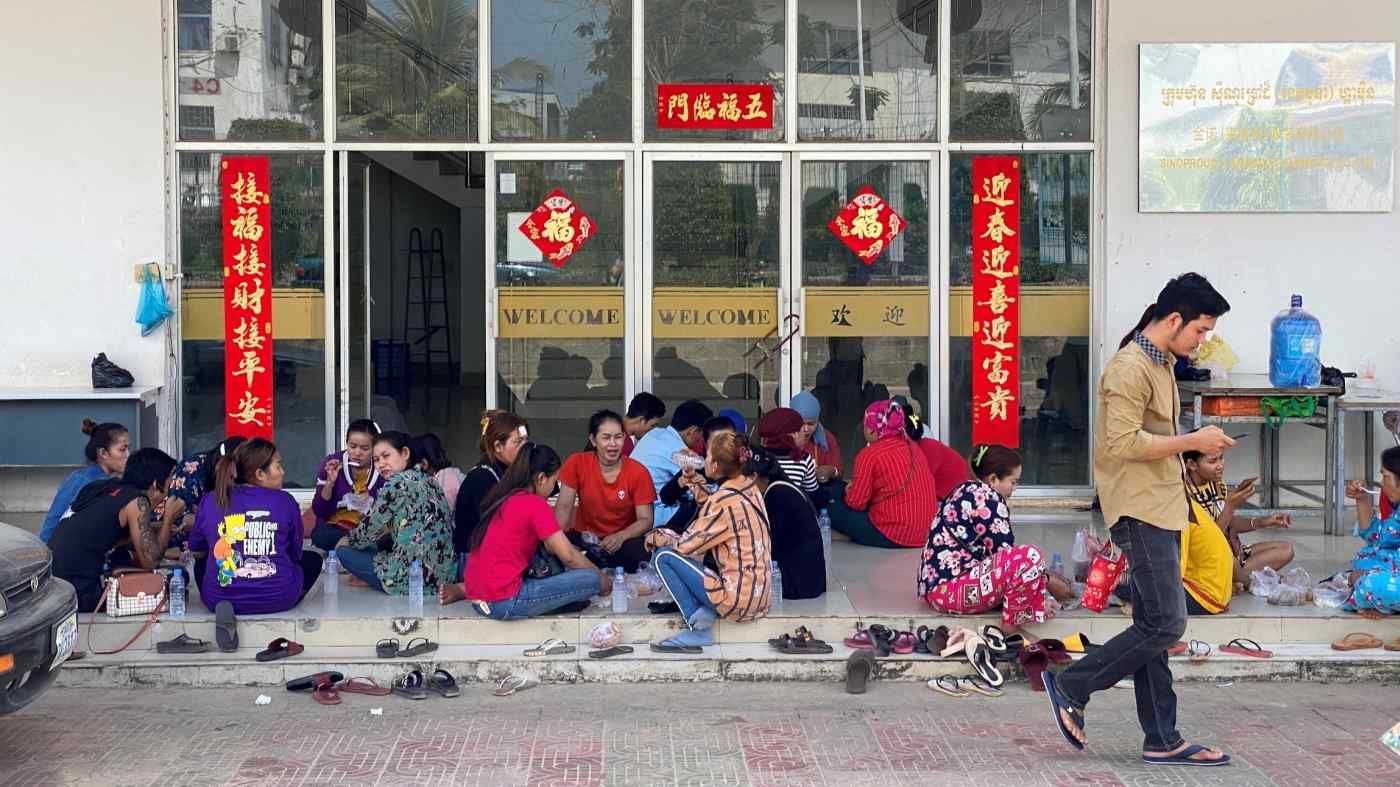 Cambodian workers eat lunch outside a Chinese-operated factory in the Chinese-managed Special Economic Zone (SEZ) in the city of Sihanoukville, Cambodia .   © Reuters

HANOI — In the year since the European Union imposed sanctions on Cambodia, the Southeast Asian country has turned to China to blunt the economic impact, deepening its dependence on its main patron.

Brussels last August partially revoked the largely duty-free market access that Phnom Penh had enjoyed since 2001, citing human rights abuses including a crackdown on political opposition. The move reimposed standard tariffs on products amounting to about 20% of Cambodia’s exports to the bloc, including travel goods, some apparel and sugar.

But while the measure did cut into Cambodia’s exports to one of its largest markets, growing trade with China has helped Prime Minister Hun Sen shrug off the EU’s demands, underscoring the uphill battle Western countries face in promoting their values.

Although Cambodian exports to the EU fell 19% last year to $3.17 billion, according to the International Monetary Fund, Hun Sen has asserted that the impact of the sanctions was dwarfed by the “huge” impact of the coronavirus pandemic.

The country’s overall exports dipped just 0.5% to $14.78 billion. Exports to China rose 12% last year, and sales to the U.S. expanded as well, as the trade war between Washington and Beijing spurred companies to move production out of China.

A free trade agreement between Cambodia and China is set to take effect next January, which a senior Cambodian official predicts will “increase our exports to China by about 25%.” Phnom Penh has taken other steps to open up bilateral trade before then, such as lifting a ban on direct exports of mangoes to China, which have already boosted Cambodia’s agricultural exports. 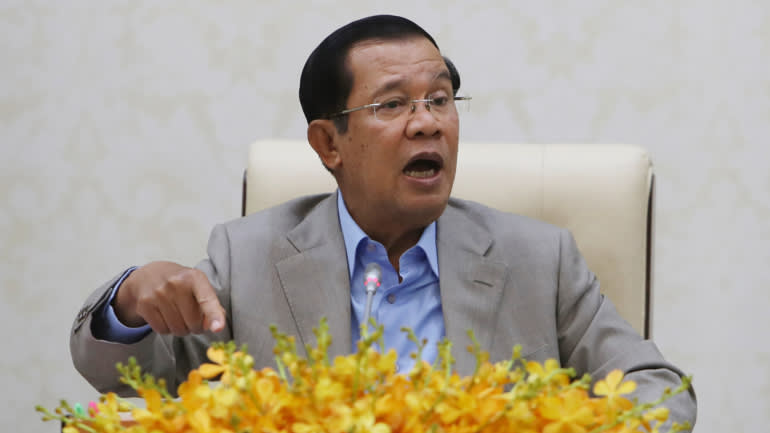 Prime Minister Hun Sen says the pandemic had a greater impact on Cambodia’s economy than the EU sanctions.   © AP

Beijing accounts for about 90% of foreign direct investment in Cambodia, and provided more than 90% of its coronavirus vaccine doses as of Wednesday.

Washington last September announced measures against a Chinese developer working on an airport in southwestern Cambodia, citing reports that it could be converted to military use. But the actual steps taken, such as freezing the company’s American assets, were fairly weak, and work on the project continues apace.

Even if there are concerns about Cambodia becoming a client state of China, Phnom Penh has little choice but to rely on Beijing to grow its economy.

“If I don’t rely on China, who will I rely on?” Hun Sen said at Nikkei’s Future of Asia conference in May, lamenting the dearth of investment by Europe, the U.S. and Japan.

The EU pressure on Cambodia “will push China and Cambodia closer,” said Hiroshi Suzuki, head of the Business Research Institute for Cambodia.