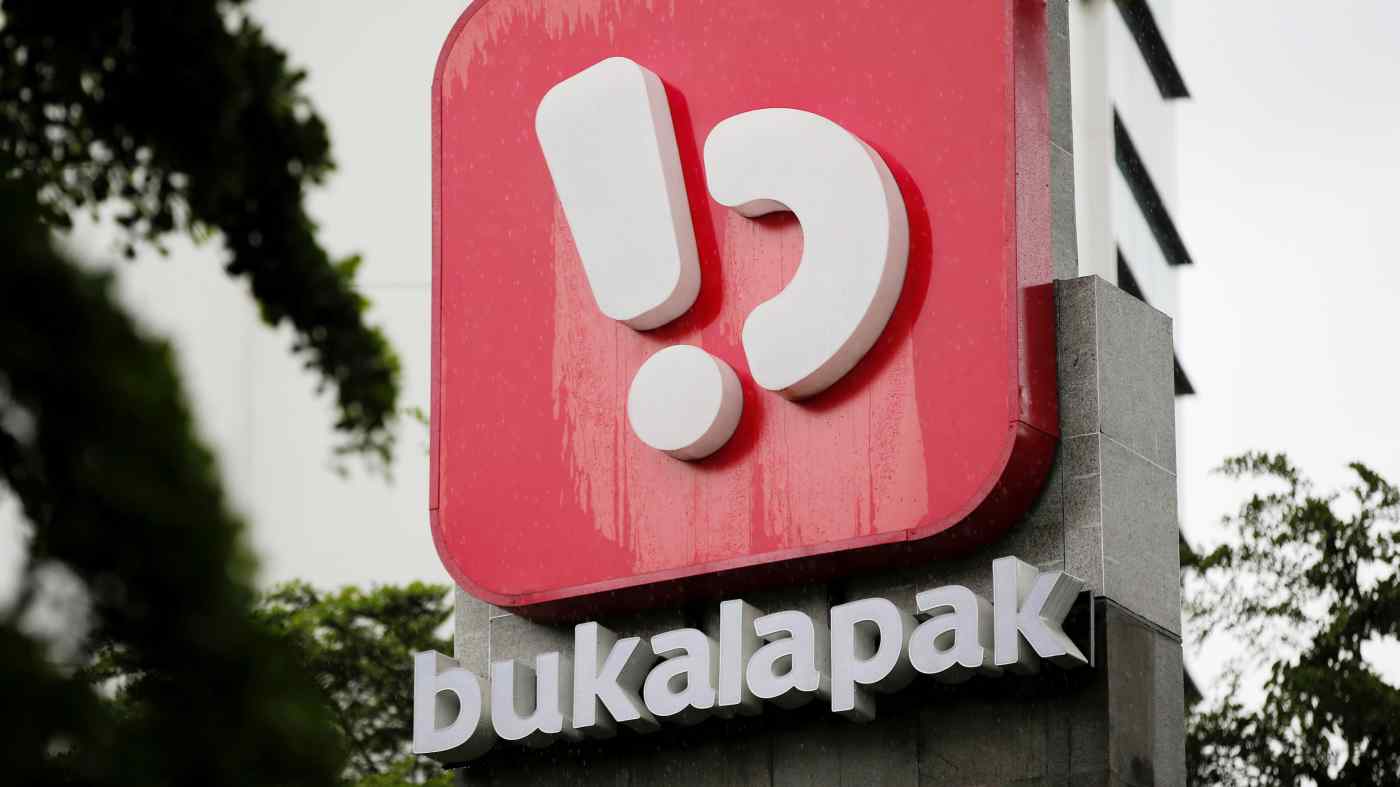 Bukalapak, an e-commerce company whose shares have risen 56% from their IPO price, is the first Indonesian unicorn to go public.   © Reuters

TOKYO — Shares in Bukalapak, the first Indonesian unicorn to list on the Indonesia Stock Exchange, soared again in their second day of trading on Monday, as investors hoping to grab a slice of the country’s fast-growing e-commerce sector continued to pile in.

Bukalapak shares shot up to 1,325 rupiah per share in the opening minutes of trading in Jakarta, a 25% jump compared with their Friday close of 1,060 rupiah, triggering the IDX’s daily upper price movement caps for the second session in a row.

The stock price pared gains later in the day, finishing trading at 1,110 rupiah per share, some 30.5% higher than the IPO price of 850 rupiah. That made the e-commerce startup the 12th-largest on the IDX by market capitalization. If the shares continue to jump in the coming days, Bukalapak could overtake the valuation of its largest shareholder, Elang Mahkota Teknologi, better known as Emtek, a local media conglomerate.

While Bukalapak is still not profitable — it booked a net loss of 1.3 trillion rupiah ($90.4 million) in 2020 — investors see it as a vehicle for tapping into the country’s booming e-commerce market. Worth $32 billion in 2020 according to Google, Temasek and Bain & Co., the sector is slated to grow to $83 billion in 2025.

The intense interest shown in Bukalapak shares bodes well for other Indonesian unicorns — private companies valued at over $1 billion — that are planning to go public on the IDX. GoTo, which brings together two of the country’s largest tech companies, Gojek and Tokopedia, is planning to list in both the U.S. and Indonesia.

Investment bank Nomura in a note on Friday put a buy rating on Bukalapak shares with a target price of 1,620 rupiah per share.

“E-commerce has gained wide acceptance in Indonesia, while the COVID-19 pandemic has further accelerated this adoption,” Nomura said. “We note the shift away from traditional brick and mortar stores towards e-commerce has been mainly driven by the increasing need for convenience and Indonesia’s relatively young, digitally literate population,” it added. “Hence, we think Bukalapak could become one of the dominant e-commerce players in Indonesia.”

Bukalapak’s listing also paves the way for other smaller Indonesian tech companies to do the same. Inarno Djajadi, president of the IDX, said in an online news conference on Friday when Bukalapak began trading that aside from unicorns, there are “27 later-stage startups with centaur status,” meaning private companies valued at more than $100 million.

“With the IPO of Bukalapak, we hope to inspire the owners and management of companies, including unicorns, centaurs and other startups, to continue to provide the best work for this country by making IDX the house of growth for the company’s business development,” Djajadi added.