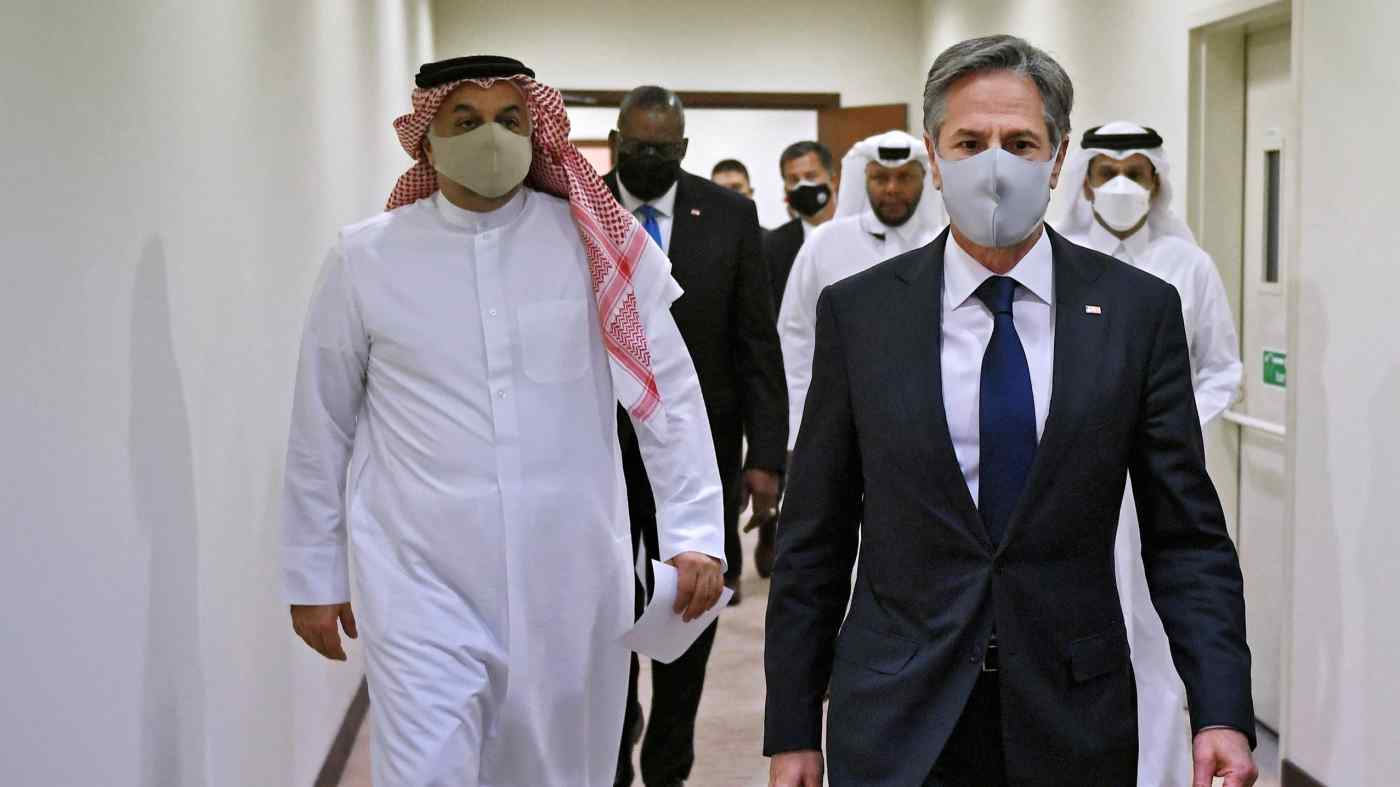 DUBAI — U.S. Secretary of State Antony Blinken said Tuesday that Taliban officials had agreed to allow safe passage out of Afghanistan for all people with valid travel documents — and Washington would hold the militant Islamist group to their word.

Blinken was speaking at news conference with Defense Secretary Lloyd Austin and Qatari counterparts in Doha after Washington’s first formal meeting with the Taliban since their Aug. 15 takeover of Kabul.

“My understanding is that the Taliban has not denied exit to anyone holding a valid document, but they have said those without valid documents at this point can’t leave,” Blinken said.

The two American officials were in Qatar to thank the Gulf state for its assistance with the transit of thousands of people out of Afghanistan. He said the U.S. had been “engaging” with the Taliban to work out arrangements for additional charter flights out of Kabul.

The Taliban on Monday claimed total victory in Afghanistan, saying they had won a key battle for the Panjshir Valley, the last remaining holdout of resistance against their rule. The Islamist militant group is yet to finalize their new government after arriving in the Afghan capital three weeks ago.

Blinken said that the number of Americans in Afghanistan numbered around 100, down from about 6,000 in August. He stressed those remaining were staying due to their own free will and circumstances such as family situations, and added that the U.S. had identified a “relatively” small number of U.S. nationals seeking to depart from Afghanistan’s Mazar-i-Sharif airport.

Austin said the U.S. is focused on winding down conflict, de-escalating tensions, and pointed the finger at Iran for supporting terrorism in the region. He also defended Washington’s tactics during its withdrawal from the country after two decades, saying what happened in the final days “will be studied in the days and months to come.”

Qatari Foreign Minister Mohammed bin Abdulrahman Al Thani said that Doha had dispatched teams to Kabul to work on “technical elements” to get the airport functioning for both humanitarian aid and commercial flights.

Al Thani added that no agreement has been reached with the Taliban on how to operate Kabul airport, and the main aim so far is to help foreign nationals leave Afghanistan as soon as possible.

“If we can get the security measures in place and agree on them with the Taliban, then things will be easier,” Al Thani said. noting that Qatar has helped evacuate 58,000 people from Afghanistan so far, and 4,000 more people are currently in transit via Doha to a third country.

“Qatar takes the broad approach that Islamists have to be engaged in political negotiations to give them a sense of legitimacy and push them to transform into a responsible actor, while the UAE believes that this approach is flawed since empowering Islamists, via inclusion, will actually worsen socio-political outcomes that are of benefit to the whole of society,” Alexander told Nikkei Asia.