Chiang Mai’s municipal workers launched a big clean-up of roads in the commercial area today (Wednesday), including the Chang Khlan Road and the Night Bazaar as the level in the Ping River gradually falls.

The municipal administration has dispatched ten teams to clean up roads and 15 communities in the municipal area.

Shopkeepers and their employees in the area are also clearing their premises of mud, hoping to reopen for businesses as usual tomorrow.

Some low-lying areas in Chiang Mai’s suburbs, however, remain inundated today, but the level has dropped.

Residents in Ban Meng, a low-lying area in the municipality, asked officials to accelerate the draining of floodwater from their community into the Ping River, claiming that they have been under water for three days.

Thai PBS reporters, who conducted a survey of flood the situation in the Muang district, reported that several parts of the second ring road remain under 20-60cm of water, limiting traffic to just one lane. Motorists are also advised to avoid the road running parallel to the railway line, which remains impassable to small vehicles, and use the super highway instead.

Owners of cars damaged by floodwater or others who need help are advised to call the municipal administration’s public relations office on 053-259149. 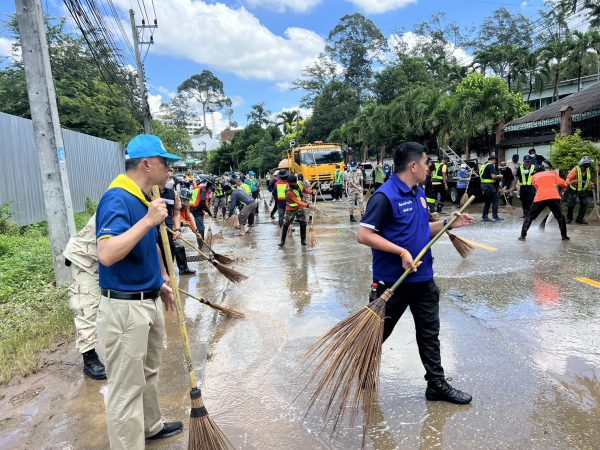 COVID-19 confusion in China as authorities row back curbs