We could hardly think of a better power couple than Beyonce and Jay-Z to embody the meaning of modern love. The duo is set to star in Tiffany & Co.’s latest ‘About Love’ campaign, marking an interesting new creative direction for the jewellery brand.

Together with Tiffany & Co., the Carters have collaborated for a series of firsts. The campaign features Beyonce wearing a never-before-seen diamond, and performing one of the most beautiful and romantic classic songs of the past century. Captured by Jay-Z on a Super 8 camera, it is a moving campaign that is gentle and significant all at once. Here’s everything you need to know about this very modern — and quite extraordinary — collaboration.

[All images courtesy of Tiffany & Co.] 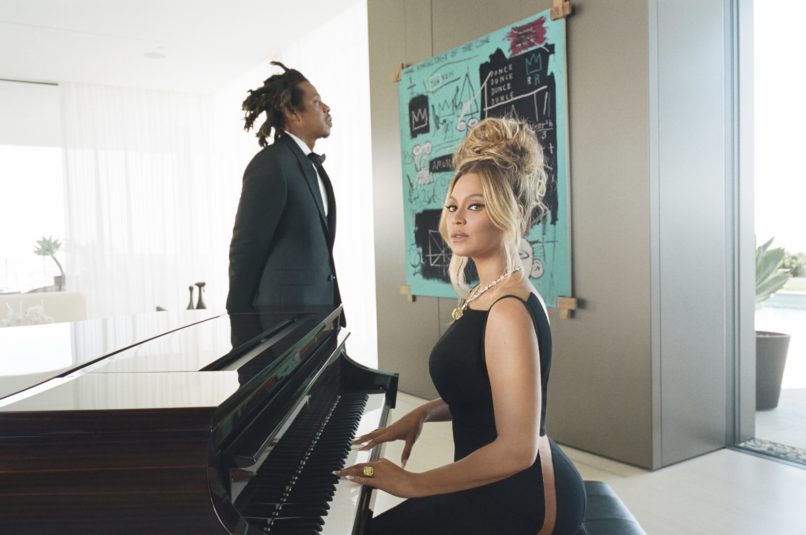 A campaign about vulnerability, strength, and creativity

Under a theme of modern love, Beyonce and Jay-Z star in Tiffany & Co.’s campaign as the epitome of a 21st century love story. Millennials and huge fans ourselves, it’s a fitting image for current times, but the star diamond of the campaign also holds roots further back in history.

‘About Love’ aims to explore delicate notions of connection and vulnerability, and does so in first line with the unveiling of a never-before-revealed Tiffany Diamond. As part of a private collection until now, the campaign marks the work of art’s first public appearance, weighing 128.54 carats, and boasting an incredible 82 facets. It was first unearthed in 1877 in South Africa, before being purchased by Tiffany & Co. founder Charles Lewis Tiffany in 1878. Holding a deeply-rooted and meaningful story, it’s only fitting, then, that the diamond be worn by a woman worthy of its magnitude. Naturally, in 2021, that woman is Beyonce.

Not one to outshine, but definitely not to be missed, Jay-Z stands strong and sophisticated next to his wife, wearing Jean Schlumberger’s Bird on a Rock brooch, which has been reconstructed as a pair of cuff links. Those who know of Jean Schlumberger, will know that he was beloved by New York’s high society in the 1960s and 1970s for his impeccable taste. It’s a suitable match, as the creative of the past meets one of the greatest creatives of the present, even if (only) as the final touch to a dress shirt. 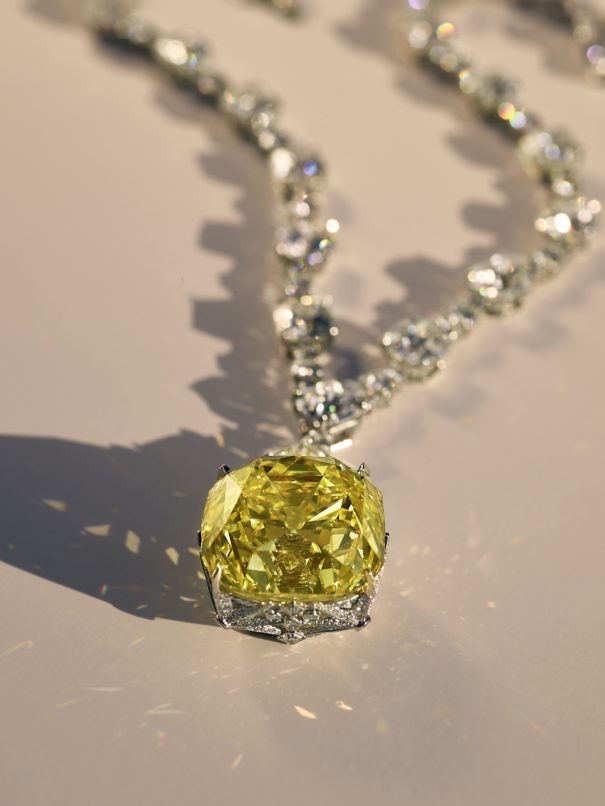 Directed by Emmanuel Adjei, a short film accompanies the ‘About Love’ campaign. It features a musical performance of the classic Moon River from Breakfast at Tiffany’s. The vocals come from Beyonce herself, and we see Jay-Z capturing the moments on a Super 8 camera for the campaign. It all takes place at Orum House in Los Angeles, and is backdropped by artist Basquiat’s Equals Pi painting throughout. The sequence is dream-like and cinematic, much like the trance of falling in love — with a very much contemporary and artistic touch. In support of Historically Black Colleges and Universities

As part of their partnership with the Carters, Tiffany & Co. have pledged a USD 2 million (approx. THB 67 million) commitment towards scholarship and internship programs for Historically Black Colleges and Universities (HBCUs). Highlighting the importance of giving back, the collaboration spotlights not only the modern values of modern love, but also a nod for the future.

‘About Love’ will launch globally on 2 September 2021. The film will launch online on 15 September, with additional films to be unveiled throughout the course of the year.

An outfit idea for every work-from-home personality

Here’s where to find the best brownies in Singapore