The Bangkok Metropolitan Administration (BMA), along with Thai film associations, is organising an outdoor cinema festival throughout the month of July, in hopes of boosting the local economy, especially at night. 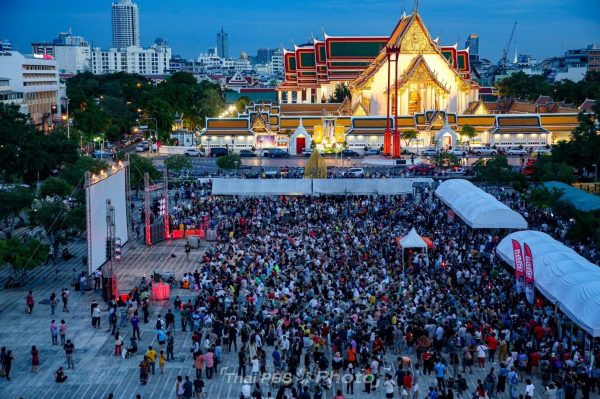 While the event organisers told reporters that there was no political agenda behind the choice of movie, it highlights a way of life in Bangkok in the old days, back when the capital was called “Phra Nakhon” and when Thai teens were starting to be influenced by Western culture.

Another event highlight was a mini concert featuring old Thai songs from the 70s and 80s, as was the appearance of actor Jesdaporn Pholdee, aka “Tik”, who was in the main cast of the movie being screened.

Many people said they found that watching movies outdoors was a whole new experience. 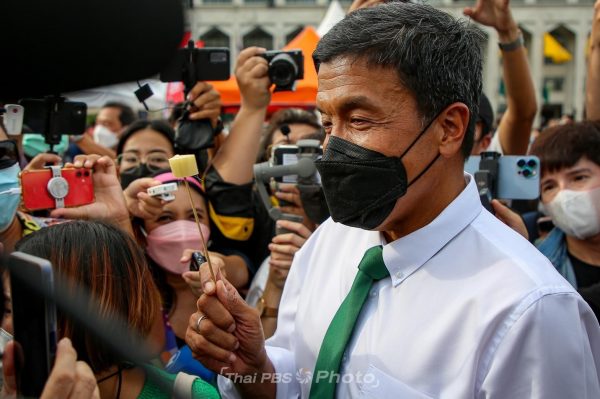 Meanwhile, Deputy Bangkok Governor Sanon Wangsrangboon said that social distancing will be maintained at the outdoor cinemas, to prevent the spread of COVID-19, but that he hopes that the event will help boost the local economy, which has been heavily affected by the pandemic.

Bangkok’s outdoor cinema festival is being held at 10 locations across Bangkok throughout July from 7pm, during which 25 movies will be screened.