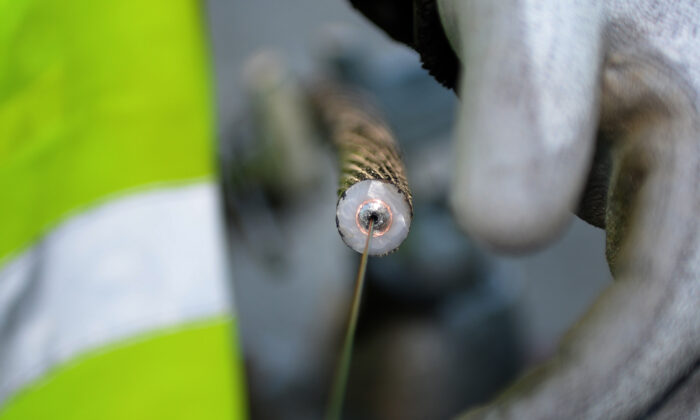 Australia, Japan, and the United States will fund an undersea cable to drive faster internet and grow connectivity to three Pacific countries.

The Pacific allies will work with the Federated States of Micronesia, Kiribati, and Nauru to provide better internet capacity.

The six-country partnership would result in higher quality and more reliable and secure communications to about 100,000 people, the statement said.

“This will support increased economic growth, drive development opportunities, and help to improve living standards as the region recovers from the severe impacts of COVID-19.”

The joint infrastructure investment comes at a time of “unprecedented economic and strategic challenges in our region.”

Concern have increased in the Indo-Pacific region amid tensions between socialist China and liberal democratic Taiwan.

Chinese fighter jets continue to fly over Taiwan, while Australian Defence Minister Peter Dutton said it was “inconceivable” Australia would not back the United States in the event it chose to provide aid to the self-ruled island in its defense against an invasion by Beijing.

“It would be inconceivable that we wouldn’t support the U.S. in an action if the U.S. chose to take that action,” Dutton told reporters in November.

“… [Beijing’s] been very clear about their intent to go into Taiwan and we need to make sure that there is a high level of preparedness, a greater sense of ­deterrence by our capability, and that is how I think we put our country in a position of strength.”

Better access to digital technologies and improved connectivity are said to enhance economic and social benefits and improve sustainable development.

“They also help increase the availability of digital government services, particularly in education and health,” the joint statement said.

“And provide businesses and households with improved access to services, information and trade, and employment opportunities.”

The cable will connect Kosrae, Nauru, and Tarawa with an existing cable at Pohnpei, providing online connectivity for the first time through a submarine cable.

By Greta Stonehouse. The Epoch Times contributed to this report.