Delegates at the meeting said cooperation could span water-resource planning, pollution management, and the establishment of an early forecasting system for water levels.

The participants also agreed that technology such as digitalisation and artificial intelligence-based advanced modelling tools should be used to help manage water-related risks such as floods and droughts.

Mak Sithirith, an independent researcher who has previously written on water security in the Mekong, said the China-led Lancang-Mekong Cooperation (LMC) forum represented Beijing’s growing influence and dominance in the region, while the “MRC is getting weaker”.

Therefore, Asean had been roped in to help counter Chinese influence in the Mekong region, he said.

“So by formally working with the MRC, water issues – particularly transboundary water management – are gaining further traction and attention on the agenda of the countries involved,” Mirumachi said, adding that the “key point is that this dialogue between Asean and MRC is just one of the many platforms for multilateral dialogue” about the river.

Other such platforms include Friends of the Mekong, which was spearheaded by the US, and previously known as the Friends of the Lower Mekong; the LMC; and the Ayeyawady-Chao Phraya-Mekong Economic Cooperation Strategy (ACMECS), a cooperation framework among Cambodia, Laos, Myanmar, Thailand and Vietnam to promote balanced development in the subregion.

Australia, which is a Friends of the Mekong member, last year set up the Mekong-Australia Partnership (MAP) to enhance its engagement with the area. Canberra last week pledged US$168 million through the MAP over four years to assist the Mekong subregion’s recovery from Covid-19 and to help build its ongoing economic and environmental resilience.

More than 70 million people depend partly or entirely on the Mekong River as a source of income and as a source of life – but critical transboundary issues in many parts of the wider Asean region required deeper and stronger regional unity to close development gaps, the MRC said in a Tuesday statement.

“The protection of the region’s water resources has historically been an integral part of Asean’s work over the years,” said Kung Phoak, deputy secretary general of the Asean for Asean Socio-Cultural Community.

But further cooperation was necessary to tackle emerging issues such as equitable access to safe and affordable water supply, he said, as well as water sufficiency to ensure food security to support the region’s economies.

Unlike disputes in the South China Sea, Mekong-related issues have not been discussed by Asean at the regional level.

This, according to a May article by Hoang Thi Ha and Farah Nadine Seth of the ISEAS-Yusof Ishak Institute, was because most Asean member states were reluctant to bring up such issues at that level due to their

and their reluctance to be embroiled in geopolitical competition in the Mekong basin. 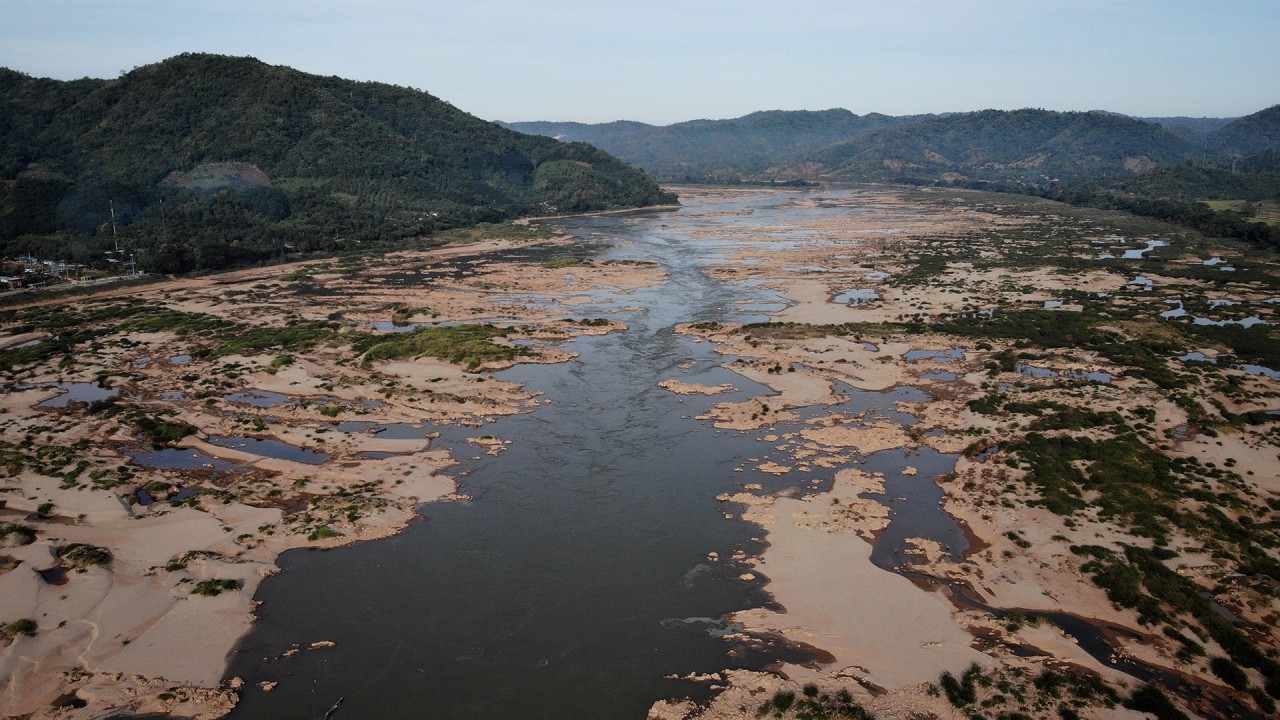 Have China’s dams been drying up the Mekong River or is low rainfall to blame?

China has in recent weeks deflected criticism that it had restricted water flows from its Jinghong hydropower dam, claiming that fluctuations in the Mekong’s water levels were caused by rainfall and discharge from hydropower stations on its tributaries.

Beijing has constructed 11 giant dams along the upper stretch of the river, while Laos, which aspires to become the “battery of Asia”, has also built dozens of hydropower dams to sell the electricity they produce.

The authors of the ISEAS piece added that while Vietnam – a vocal critic of China’s increasingly assertive activity in the South China Sea – had tried to put the Mekong on Asean’s agenda last year during its stint as chair of the bloc, the prevailing view among most member states was that issues affecting the river were best addressed through existing subregional frameworks.

“As a result, Asean remains a bystander to the multitude of environmental challenges and geopolitical dynamics that are unfolding in the Mekong basin, despite being the premier regional grouping for Southeast Asia,” they wrote.

Warning that Asean ignored the “impending implosion” of the Mekong’s ecosystem at its peril, Hoang and Seth pointed out that the fallout would not be confined to the subregion. “Food security challenges in the Mekong basin are a cause for region-wide concern, since the countries along the river’s length are among the world’s biggest rice exporters.”

Given competing water demands from countries in the subregion, the rapid development of dams on the Mekong, and the high reliance on it for agriculture and livelihoods, Mirumachi from King’s College London said the main challenge lay in ensuring the river’s environmental health.

Analysts have warned that the Mekong’s ecosystem is set for an “impending implosion”. Photo: Mekong River Commission

“This is fundamental to sustaining all economic activity relying on the river,” she said, adding that there needed to be a collective understanding and process for deciding priorities of water use and development. “Governments, businesses, local communities and stakeholders need to understand the trade-offs involved in making such priorities and decisions.”

However, experts also said local communities and civil society groups should be involved in dialogue on water usage and water security.

A Bangkok Post editorial last Friday criticised the Asean-MRC water security dialogue for excluding members of such groups, who have voiced complaints in the past about the river’s management.

“Without meaningful engagement with civil society groups, each meeting will be just another talk shop,” it said.

Sithirith, the independent researcher, said water security in the Mekong basin had become critical as water levels were under the average minimum, particularly in Cambodia’s Tonle Sap lake.

The annual long-term average of reverse water flow from the Mekong to the lake was estimated at about 43 cubic km but had fallen to 18.3 cubic km last year, he said, adding that the decline had continued this year and was likely to extend in the future.

“Many studies indicate that this is because of the construction of the upstream dams, including Chinese dams, and some studies link this to

,” Sithirith said, adding that this would lead to water-level fluctuations, and possibly droughts as well as floods.

“It will affect fisheries, agriculture, and livelihoods of communities. In the long run, these could cause issues with the security of livelihoods and states, as well as interstate conflicts.”

Protesters call to ‘kick out’ Thai PM on coup anniversary