After more than a fortnight of no new COVID-19 infections and easing of restrictions, Thailand’s central province of Ang Thong today reported six new cases, most of whom had travelled to Pathum Thani province or had been in close contact with the infected people, according to the provincial health office.

Meanwhile, the Chaiyo Hospital, which was accepting people infected with coronavirus for treatment, is to lock down one building, housing nine COVID-19 patients, from Monday until further notice. Visits by relatives of patients in the building will also be prohibited.

The hospital also ordered the closure of in-patient services, until the end of the month, and all current in-patients will be transferred to Pothong Hospital.

16 medical personnel, who were in close contact with the infected patients, have been quarantined for 14 days and subjected to screening to make sure that they are clear of the virus.

Emergency or out-patients who need admission will be transferred to other hospitals in the province.

Cumulative infections in Ang Thong province, to date, are 127, with 23 under observation. 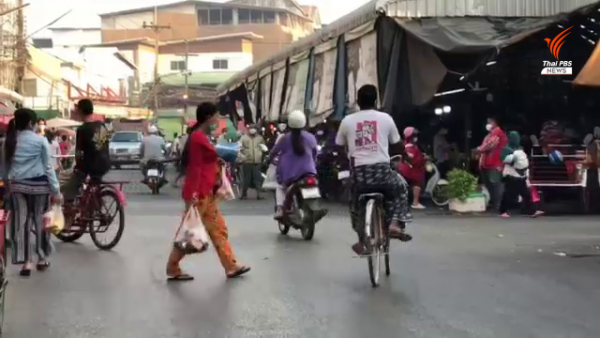 Currently, 65 infected patients are being treated in the Mae Sot hospital, most of them with only mild symptoms.

Security forces are still maintaining tight border surveillance in five districts which share common borders with Myanmar, to prevent illegal border crossings by Thai, Myanmar and Chinese people, following the closure of all casinos and entertainment venues in Myanmar and ongoing protests against the recent military coup.