American Man Missing After Falling From Raft in Bali River 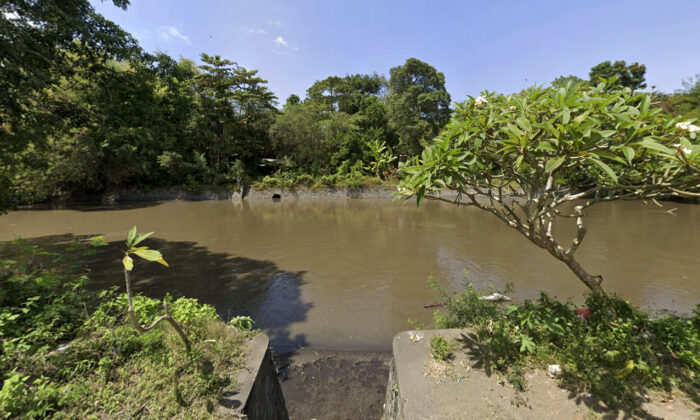 The Ayung River in Bali, Indonesia, in August 2022. (Google Maps/Screenshot via The Epoch Times)

DENPASAR, Indonesia—Authorities suspended their search Tuesday evening for an American man who fell into a fast-flowing river while whitewater rafting on Indonesia’s tourist island of Bali.

The search was halted as darkness fell and will be resumed Wednesday morning, rescue coordinator Komang Sudiarsa said.

Robinaugh Clifford Neil, 63, was among a group of 10 foreign tourists in two rafts on the Ayung River when they encountered trouble Monday in hilly terrain in the Ubud district of Bali.

The water level suddenly increased, triggering a strong current that caused one of the rafts to flip over, local police chief Gusti Ngurah Yudistira said.

The five tourists who had been riding in it tried to reach the second raft, causing it to overturn, too, sending all 10 tourists into the raging waters, Yudistira said.

Two local rafting guides with them managed to rescue nine of the tourists, but Neil went missing.

Yudistira said authorities have notified villagers along the river to pay attention in their daily activities and immediately report to authorities if they see a body.

The tourists all wore life vests and helmets and had been briefed by guides before starting the 12-kilometer (7.4-mile) rafting trip, which was to last about 2 1/2 hours with a break midway down the river, Yudistira said.

The search involves about 70 rescuers from Bali’s Search and Rescue Agency, police, and the rafting company’s guides, Sudiarsa said.

Enlargement back on EU’s agenda at Western Balkans summit