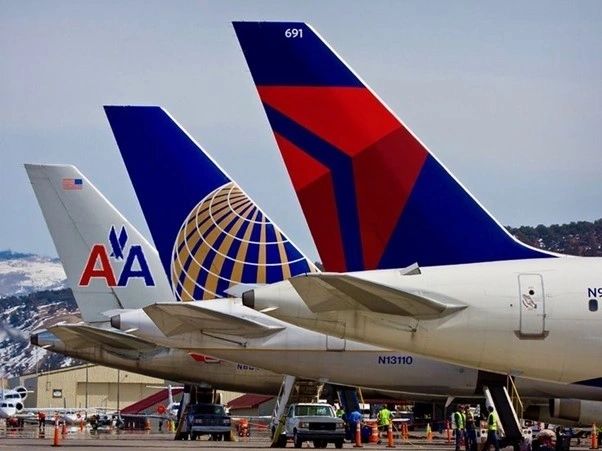 The three largest U.S. airlines had a great summer, making over $2 billion in profits as Americans flocked to fly, although airfares are far higher than the previous year.

On Thursday, American Airlines reported a quarterly profit of $483 million, thanks to record-breaking revenue that more than offset increasing fuel costs. American forecast that even if the rest of 2022 is jam-packed with holidays, profits will continue to exceed Wall Street’s projections.

However, American’s numbers could have been more impressive than its more successful competitors. On Tuesday, United Airlines announced a profit of $942 million. At the same time, last week, Delta Air Lines reported earnings of $695 million for the third quarter.

Having been quarantined throughout the peak of the pandemic, it is clear that many people are ready to get back on the road. It has been reported that executives from the three largest U.S. airlines have shown no evidence that rising prices and economic uncertainty affect ticket sales.

“American’s third-quarter results, including our record revenue performance, are significant considering the macroeconomic uncertainty facing so many people,” CEO Robert Isom said on a call with analysts and reporters. “Demand remains strong.”

American, headquartered in Fort Worth, Texas, has projected a profit of 50 cents to 70 cents per share for the fourth quarter, which would be higher than Wall Street’s estimate of 19 cents per share.

After the pandemic in early 2020 caused a drop in air travel in the United States, the industry has since dramatically recovered. The 16th of October was the most significant day at U.S. airports since February 2020, when TSA agents scanned roughly 2.5 million passengers.

Despite a 43% increase in airfare over the past year, tourism is booming, as reported by the government.

Customers compete for fewer seats, which contributes to higher prices, as the number of flights has yet to recover to pre-pandemic levels.

American, for example, did nearly 10% less flying in the third quarter than in the same period of 2019.

American stated that it intends to run at 95% to 100% of its 2019 levels next year. This is consistent with Delta’s plan to restore its full schedule by next summer. United has announced that it will increase its European service beginning next summer.

Isom stated that American may add more flights next year but will proceed with caution. American, Delta, and other airlines delayed flights earlier this year due to a lack of staff, particularly pilots.

“We are going to make sure that we don’t outpace what we have, either in terms of aircraft deliveries if that’s the constraint, or if it’s pilots at a regional level or our ability to train pilots” at American, he said.

Revenue increased to $13.46 billion, slightly more than experts’ prediction of $13.36 billion. American Airlines, which has a significant hub in Miami and many flights to the Caribbean, said it lost nearly $40 million in revenue in September due to hurricanes Fiona and Ian.