ISTANBUL — Afghanistan’s huge narcotics trade will likely continue under Taliban rule, experts say, despite promises by the group to ban the production and trafficking of illicit drugs.

Afghanistan’s drug industry has expanded dramatically since the 2001 U.S.-led invasion and provides a livelihood for many, making it harder to suppress without impoverishing farmers and destabilizing the country at a time of spiraling economic crisis following the foreign military withdrawal.

“We eradicated poppy cultivation during our previous rule and have stated in absolute terms that we will not allow the cultivation, production or trade of illicit drugs,” Taliban spokesman Abdul Qahar Balkhi told Nikkei Asia.

The Taliban recently instructed farmers in Kandahar to stop cultivating opium poppy, according to The Wall Street Journal, causing prices to spike. Another spokesman, Zabihullah Mujahid, responding through his team to a Nikkei inquiry, neither confirmed nor denied the report.

Afghanistan is the world’s top source of opium, accounting for 83% of global production from 2015 to 2020, according to the United Nations. In 2018, opium poppy occupied three times more land than it did in 2000. Afghanistan also produces cannabis and increasing quantities of methamphetamine, which can be made cheaply from the local ephedra plant and may eventually rival the production of opiates.

Narcotics is Afghanistan’s largest economic sector, with over 500,000 employed in opium in 2018. Banning drugs would therefore be unpopular and might provoke resistance against the fledgling regime. 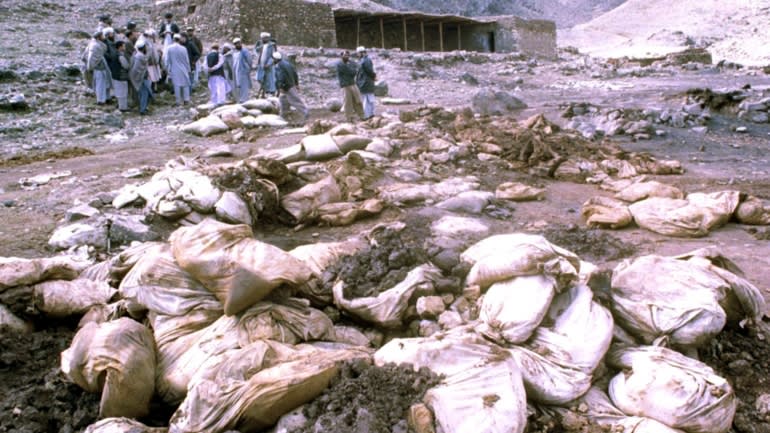 Officials from the Taliban’s anti-narcotics commission stand at the site of destroyed bags of heroin materials in Nangarhar in 1999.   © Reuters

“The process of banning a deeply entrenched and wide-ranging narcotics industry will not be a straightforward or quick task,” said Philip A. Berry, a lecturer at King’s College London.

The Taliban have managed to prohibit drugs in the past. In 2000, during their previous spell in government, the movement banned opium production, leading to a dramatic fall in cultivation from about 82,000 hectares to 8,000 by the next year.

But that was a difficult and protracted process. The Taliban had repeatedly tried but failed to stamp out opium prior to 2000, issuing successive edicts that did not lead to reductions in cultivation.

“It took them a number of attempts, and the actual ban that was implemented was the sixth effort,” said David Mansfield, an independent researcher on illicit economies and author of “A State Built on Sand,” which examines the 2000-2001 Taliban ban in detail.

Mansfield told Nikkei that he could find no evidence of an opium ban in Kandahar and believed prices were back to normal after a “temporary price hike” following Mujahid’s first news conference, at which the Taliban publicly conveyed their intention to eliminate narcotics. 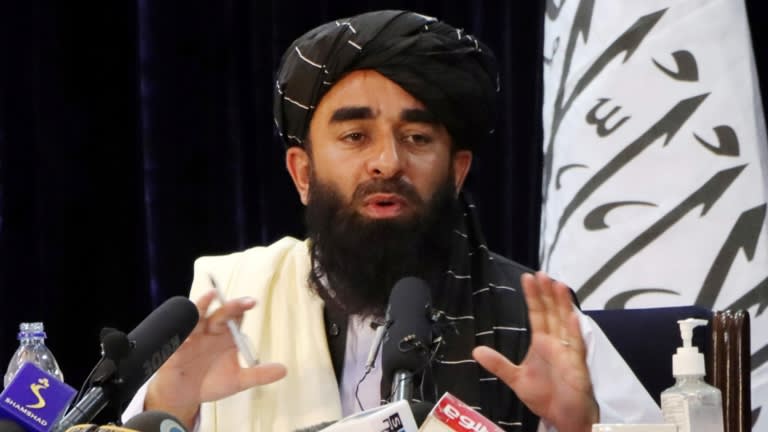 Conditions do not favor prohibition. Afghanistan is currently on the brink of total economic collapse, potentially depriving Afghans of opportunities in the licit economy and driving them further into drugs. Inflation, drought, the coronavirus pandemic, internal displacement and mass emigration threaten to devastate the war-scarred country.

The previous Afghan government was dependent on foreign assistance for 75% of its operating budget, and it now is unclear how much, if any, of those aid flows will be maintained. The IMF and the World Bank have already suspended funding to the South Asian country, while the U.S. has frozen the Afghan central bank’s assets.

To make matters worse, the Taliban are under U.N. and U.S. sanctions, and further measures could be imposed owing to the group’s seizure of power and alleged human rights abuses. Sanctions might backfire by exacerbating Afghan economic problems, making narcotics “even more entrenched” and “even harder to step away from,” Mansfield said.

Faced with these desperate circumstances, the Taliban may try to prohibit drugs in return for concessions from the international community. The opium ban of 2000 was largely motivated by the Taliban’s desire for international recognition and the development assistance that comes with it.

The Taliban want “to be delisted from the U.N. sanctions lists, to be recognized as the government and to receive much-needed aid,” said Omar Samad, former senior adviser to the chief executive of Afghanistan and a former Afghan ambassador to Canada and France.

British Prime Minister Boris Johnson recently said the Group of Seven has “very considerable leverage” over the Taliban by virtue of its economic and diplomatic clout. But that leverage may be limited, as the Taliban have access to revenue from trade and the illicit economy that makes them less dependent on foreign aid.

A new study by the Overseas Development Institute (ODI) found that informal taxation in Nimroz Province by both the Taliban and former government affiliates raised about $235 million annually, while the province received less than $20 million in aid per year.

Drugs, though commonly portrayed as the Taliban’s main source of funding, appear to be dwarfed by the taxing of legal goods. The ODI found that 80% of Taliban revenues in Nimroz came from levies on fuel and consumer imports, while only 9% came from drugs.

But opium is still a major employer, and banning drugs could alienate an “important rural constituency,” said Mansfield, one of the authors of the ODI report. When the Taliban banned opium in 2000, they faced growing anger from farmers deprived of their livelihoods.

Any effort to prohibit drugs now would require a long-term plan for alternative crops. “All previous opium prohibitions in Afghanistan have demonstrated the difficulty of maintaining bans if economic alternatives are not available,” said Berry.

The Taliban are urging countries to “help and cooperate with us in eradicating narcotics by providing assistance and alternative livelihoods for the people and farmers,” spokesman Balkhi told Nikkei.