Due to its huge size, Australia has several different climate zones. However, the largest part of the country is desert or semi-arid. The summer months – December to February – are mostly hot all across the country. For instance, over most of the mainland, the average maximum temperature in January exceeds 30 degrees Celsius. All across Australia, places hold heat-related climate records. For instance, the city with the highest average temperature is Darwin with 31.97°C. Another place is Marble Bar which claims to be the hottest town in Australia. The city of Penrith in New South Wales also lays claim to being one of the hottest places in Sydney. As for the highest temperature ever recorded in Australia? That was in a small town in The Outback. As you can see, if you are looking for heat, you’ve come to the right place. Here are some of the hottest places in Australia.

Marble Bar claims to be the hottest town in Australia. It holds the record for the highest average monthly maximum temperature, which is 41.5°C in December. Marble Bar also holds the record for the longest hot spell with 160 consecutive days (31st October 1923
to 7th April 1924) above 37.8°C or 100°F. It also holds the top spot for the highest temperature recorded in April in Australia, which was 45°C and the second spot too, 44.7°C. Marble Bar is located in the Pilbara region of north-western Western Australia, which began forming more than 3.6 billion years ago making it one of Earth’s oldest blocks of continental crust. 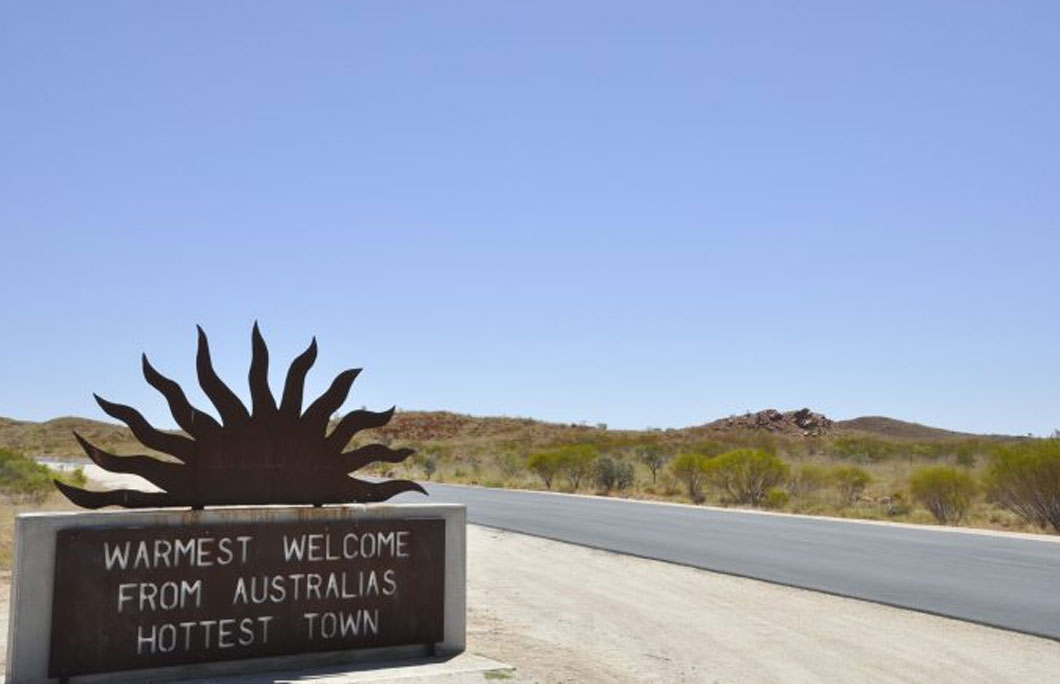 On 4th January 2020, Penrith reached the highest temperature recorded in a major Australian city. Temperatures soared to a sizzling 49°C and at that moment in time, it was the hottest place on the planet. Penrith lies at the foot of the Blue Mountains, a 50-minute drive from the centre of Sydney. It lies on the banks of the Nepean River, which is a fabulous aquatic playground. It’s a great place to cool off and beat the heat. 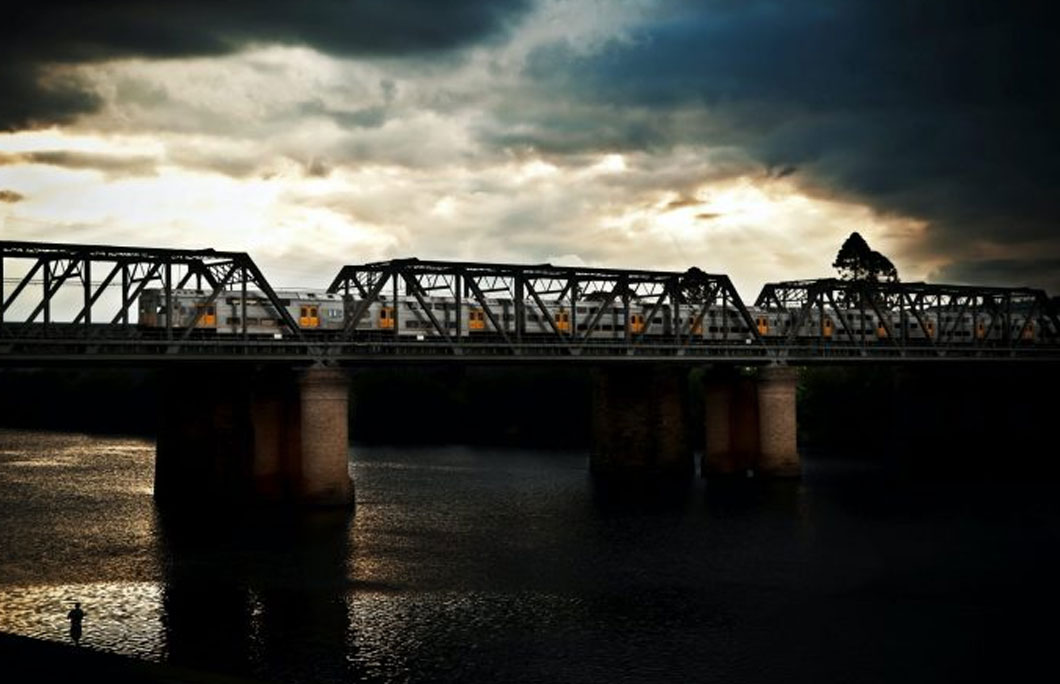 Darwin in the Northern Territory has a tropical climate with a wet and dry season. In Darwin, the average annual temperature is 27.4°C. It is the city in Australia with the highest average temperature and the highest average monthly maximum temperature. The driest month is July and the wettest is January. Looking for the warmest month to visit? That will be October, which has the highest average temperature. Darwin is also a very sunny city with an average of 8.4 daily hours of sunshine. This is the second sunniest capital city in Australia. The sunniest months are from April to November. Darwin is famous for its lush national parks and outstanding wildlife watching opportunities.

The climate in Perth is warm and temperate with an average annual temperature of 18.6°C. February is the warmest month of the year which averages 31.6°C. This is the second-highest monthly maximum of the Australian capital cities. Darwin is the highest. Thankfully, the sea breeze that the locals call the Fremantle Doctor provides relief from the heat in the summer months. Another popular way to cool down in Perth is to swim in the sea. In the summer the beaches are very popular. With an average of 8.8 hours of sunshine per day, Perth is the sunniest capital city in Australia. In the remote outback town of Oodnadatta in South Australia, officials recorded the highest temperature in Australia. On 2 January 1960, the mercury soared to 50.7°C. Therefore, if you are a heat tourist, this is a bucket list hot spot. In the town, you’ll find a sign that reads “Australia’s hottest driest town”. The town also claims fame as “the driest town, the driest state of the driest continent.” If you are looking for something to do in the town, you’ll find the Oodnadatta Museum in the old railway station, which tells the story of Oodnadatta’s role as an inland mission and rail town. 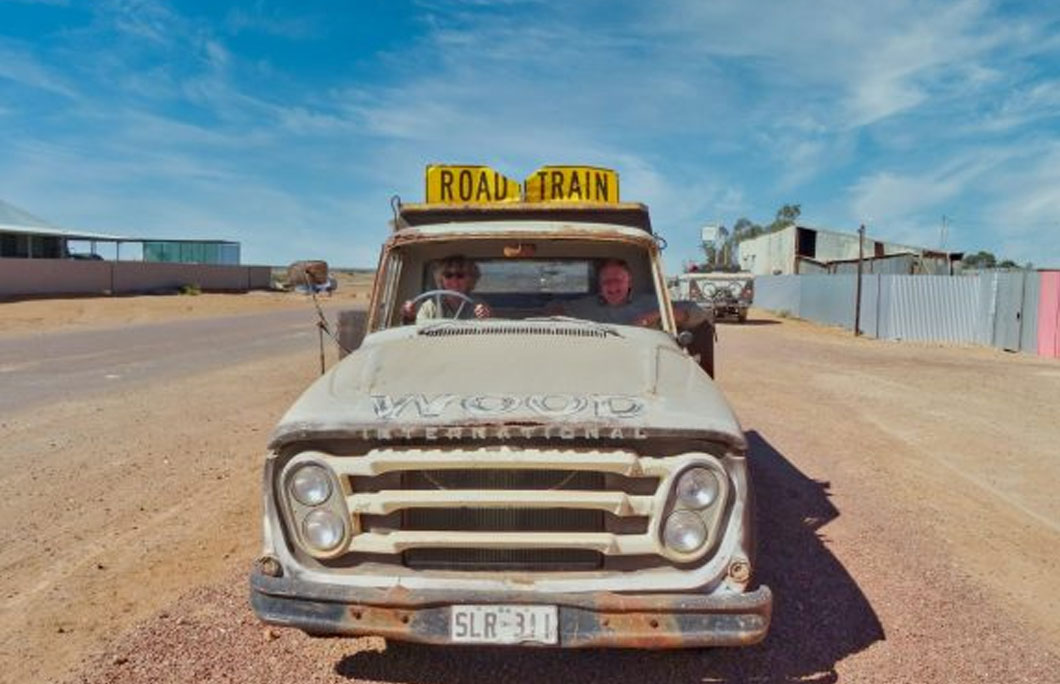 Birdsville has a desert climate with very little rainfall. In January the mean maximum temperature soars to 38.8°C. If you are looking to visit the hottest place in Queensland, Birdsville recorded the highest temperature in the state, with the mercury rising to 49.5°C. This is also the fourth-highest temperature that officials recorded in the country. In 2019, Birdsville broke another heat record when it had nine consecutive days of temperatures at or above 45°C. The Outback town lies on the eastern edge of the Simpson Desert and it is home to one of Australia’s most photographed pubs. The sandstone walls of the Birdsville Hotel are very photogenic and the hotel has been welcoming visitors since 1884.

Broome is located in northern Western Australia in the Kimberley region. It has a hot, semi-arid climate and a wet and dry season. The dry season runs from May to October and the wet season runs from November to April. The warmest months to visit Broome are March and April when the average temperature is 31°C. The average daily maximum temperature is a scorching 34.3°C in April. Broome is a great spot for heat-seeking visitors as it has one of the highest annual average temperatures of any popular tourist destination in Australia. If you can handle the heat, the annual average maximum temperature is 32.2°C (90°F). The highest recorded temperature in Broome was a sweltering 44.8°C. 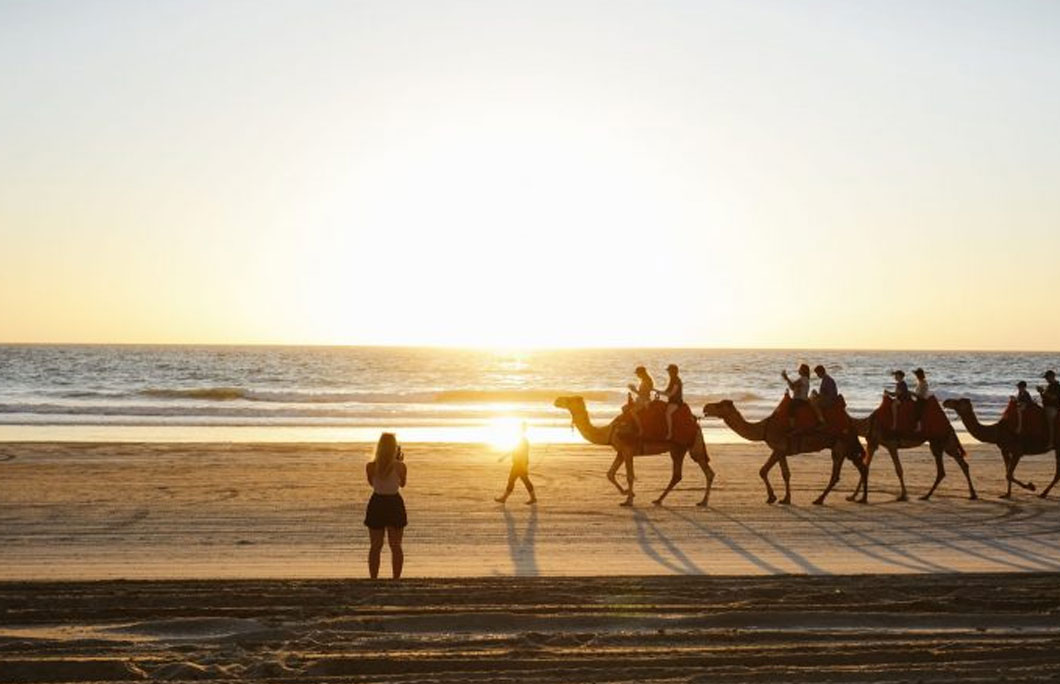 Gorgeous Grenadines: Laid Back Living at The Liming

Sarah Palin Announces That She Is Unvaccinated Because She Believes In “Science,” Dr. Drew Backs Up Her Claims